Hearthstone Immerses Fans in 'One Night in Karazhan' 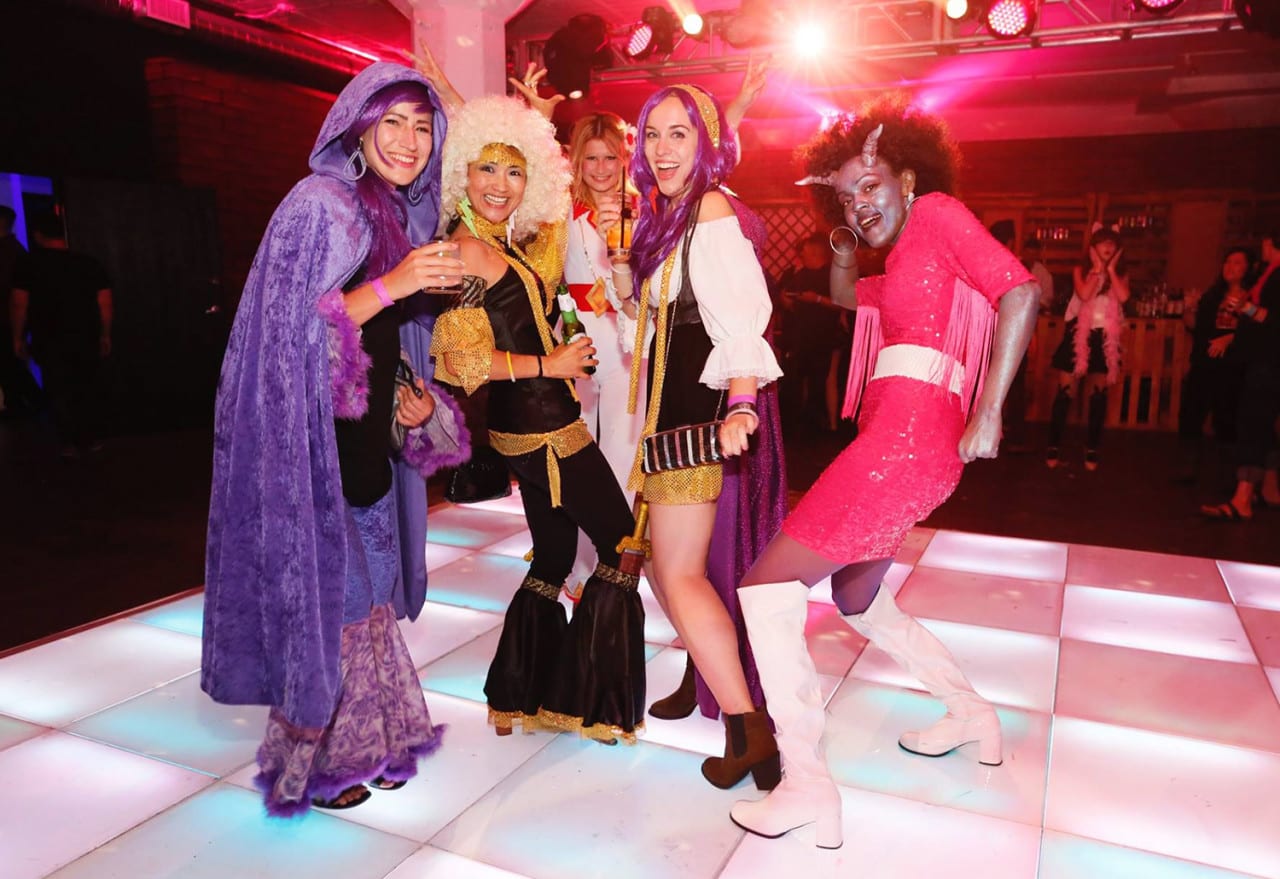 Gamers spend ‘One Night in Karazhan’

Blizzard Entertainment’s Hearthstone franchise on Aug. 5 set a new precedent for immersive theatrical experiences with a launch event for the latest iteration of Heroes of Warcraft, its popular digital card game. The Los Angeles-based event brought the new title, One Night in Karazhan, to life through the recreation of popular game sequences. From a fantasy disco party to living chess matches, the launch offered unorthodox experiences of every kind for one night, under one roof.

To celebrate the game’s quirky community, Hearthstone invited a variety of attendees to engage in the experience. The game’s developers, social influencers from the gaming community, eSports athletes and everyday fans all rubbed elbows as they navigated a replica Karazhan, an abandoned tower location from the franchise that serves as the new game’s setting.

To kick off the affair, Hearthstone served up a surprise and delight engagement for its biggest supporters at a venue across the street from the launch. There, fans who pre-registered for the experience played the new game and witnessed the unveiling of a handful of One Night in Karazhan cards via Twitch, a live streaming platform that caters to the gaming community. When the stream wrapped, participants were thrilled to learn that they were invited to attend the main event.

Back at Karazhan, the party was just getting started as a series of authentic game settings was revealed. In the parlor, attendees were invited to take a spooky ride on the venue’s old freight elevator, which transported them up to the tower’s various chambers. The living chess room featured a floor-sized game board and human chess pieces decked out in black and white formalwear. The “objects” advanced and fell as attendees, including game developers and prominent streamers, competed in real chess matches, while a commentator announced the play-by-play.

In a nearby theater setting, fans could attend various operatic performances featuring Karazhan characters Romulo and Julianne, who also mingled with attendees following each set. Fans at home could virtually participate in the experience, as some of the performances were streamed on Facebook Live. And then there was the fantasy dance party, where things got really wild. Hired actors in full costume and makeup portrayed some of One Night in Karazhan’s most popular characters (think: a giant, horned ogre) as they boogied all night under a classic disco ball.

Food and drinks, costumed caterers and plenty of opportunities to play the new game (before it’s official release the following week) rounded out the experience.

“We were very particular about everything that was designed looking like the game and the original raid. That was one thing for the fans that were there that was very exciting because they saw those details, that attention,” says Spencer Donald, senior manager-marketing communications at Blizzard Entertainment. “From the beginning, making this [event] an immersive theater experience was a big part of it for us. Those [actors] never broke character. As soon as you got there, you knew this wasn’t going to be a normal reveal experience.” Agencies: Carrot Creative; The Uprising Creative, both of Los Angeles.