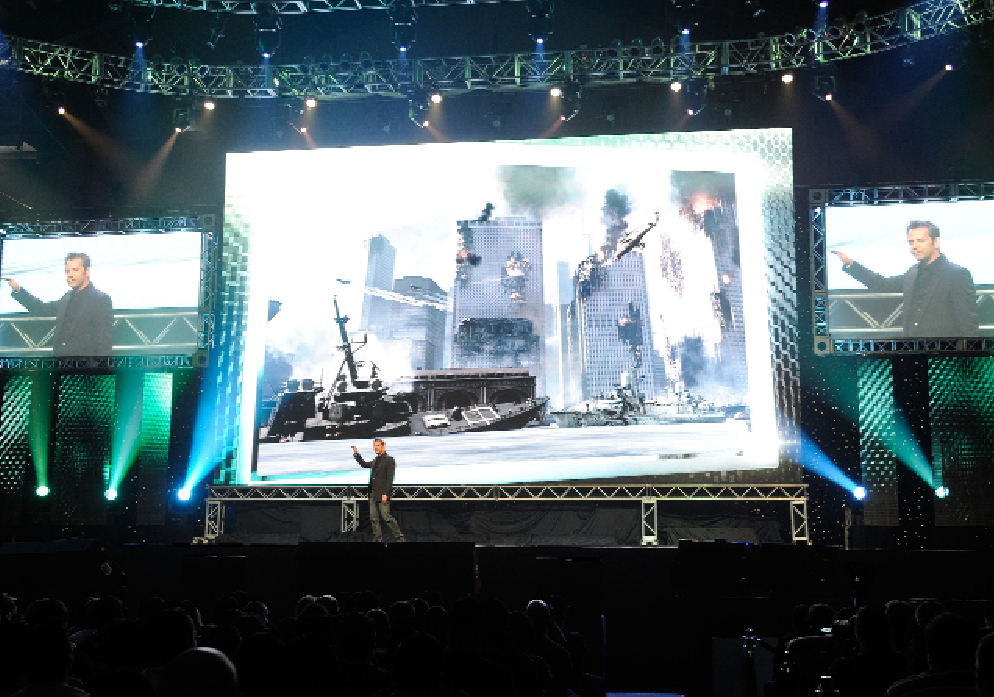 The booming video game industry continues to grow as the world’s gaming leaders keep releasing new titles that are as addictive as they are immersive, as participatory as they are sophisticated—and as tethered to online community gameplay as they are to individual living rooms and basements.

Indeed, video game designers are the new Hollywood. But instead of projecting content onto a big screen, they’re making billions of dollars across billions of small screens, from computer monitors and HDTVs to iPads and Droids. Like Hollywood, there are always red-hot franchises. And in the world of video games, Activision’s Call of Duty has emerged as the world’s blockbuster series.

People from all walks of life play Call of Duty, from professional soldiers to stockbrokers, and they have made the video game franchise the best-selling game property in history. Last month, Activision deployed one of the biggest single-title events in gaming history to thank players and bring fans of the game together to unveil the franchise’s eagerly-anticipated Modern Warfare 3 title, featuring multiplayer mode and due to be released in early November.

The event was called Call of Duty: XP and it will go down as one of the biggest events of 2011, when Activision took a multi-billion dollar digital franchise and brought it into the real world using experiential marketing. With Los Angeles-based experiential marketing agency Ncompass running point, the brand took over hangars and outdoor spaces across 12 acres at the Hughes Cargo Building in Playa Vista, CA, where Howard Hughes built the H-4 Hercules (a.k.a. “Spruce Goose”), and on Sept. 2 and 3 recreated life-sized gameplay areas from the Black Ops edition, which precedes MW3. The experience included a driving course designed by brand partner Jeep, a zip line, a recreation of BurgerTown and Juggernaut Sumo (both from the game), all in addition to 7,600 Xbox gaming stations provided by Microsoft, another partner. The anchor of the event was a $1 million tournament to be played on the new game, which no consumer had yet seen or played.

While most event marketers can’t seem to stop talking about how to push a live event online, Activision did the opposite. With an inherently all-digital product, a pre-built virtual environment on Microsoft’s Xbox Live and the most tech-friendly demographic, Activision could have easily created an all-digital event. But to give credit where credit is due, the gaming giant knew that the right approach was to create an experience that allowed the digital audience to cross into the physical world, to engage them with a live event that matched the size, scale and sophistication of the actual game. Which meant there was only one event marketing mantra that would work: Go big, or don’t go.