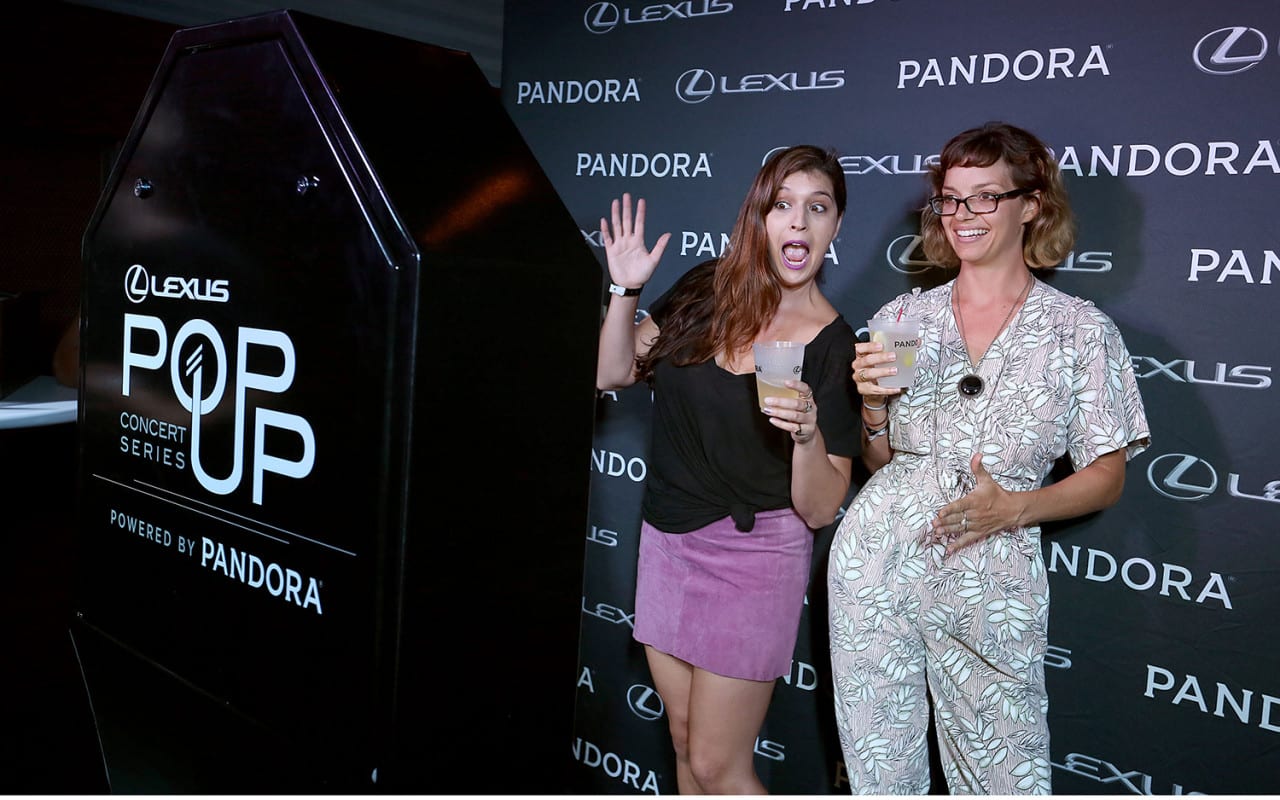 Lexus this summer partnered with Pandora for a second year in a row to produce a pop-up concert series that targeted fans based on a mix of listener data and Lexus’ own target demo data. Pandora users identified as listeners of four trending artists, who were also within the Lexus target demo (and were age 21 and up), were served personalized invitations from Lexus via an Eventbrite registration form to attend one of the shows.

Dubbed the Lexus Pop-Up Concert Series powered by Pandora, the goal this year was to build awareness for the luxury car brand’s new line of performance vehicles among younger, affluent consumers, with multicultural consumers and women in mind.

The four concerts took place in and around Los Angeles, a market that represents a third of all Lexus’ western U.S. sales. The series kicked off May 28 in Hollywood with Robert DeLong, continued June 26 with Wyclef Jean in Pomona, CA; Aug. 19 in Culver City, CA, with LCD Soundsystem’s James Murphy and is set to wrap Sept. 30 in Laguna Beach with Chromeo. The artists were selected based on research from the Music Genome Project and Pandora’s proprietary algorithm.

“We want to continue to get younger as a brand and evolve,” says Kenneth Jackson, vehicle operations manager at Lexus. “You can put a lot of commercials on TV but what we want to do, with digital and with music, is incorporate ourselves into a lifestyle and so we challenge ourselves to get with partners that have good marketing strategies, a good presence and equity, and Pandora is one of them.”

On-site at the concerts, Lexus offers an interactive photo booth tied to #LexusPopUpConcerts and displays vehicles. Product specialists are on-site to talk specs and collect leads. There are Lexus branded selfie sticks, where if attendees take a selfie with it, it’s theirs to keep. T-shirt giveaways and signature Lexus cocktails, named after vehicles it wants to promote, round out the activation. And of course, there are the performances.

“Lexus is growing immensely in our western territory as far as brand and market share,” says Jackson. “Dealers say younger people are coming into their show rooms, submitting leads—our youthful models are doing well—so on a long-term basis as far as sales and registration, participation in the concerts, we are seeing that this program is succeeding.” Agency: Team One, Los Angeles.