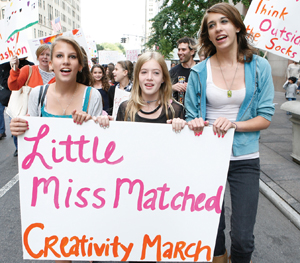 Whether you’ve been faced with taking your event portfolio in-house out of necessity or just wondered if you could do it yourself, the decision to cut ties with your agency and go it alone is never an easy one. To help shed light on the upsides and downsides, EM enlisted the help of a panel with expertise on both sides of the fence. Think you can do it yourself? Two brand marketers and two event agencies weigh in.

CONTROL & COSTS
Most brand marketers have no problem admitting that they’re control freaks, especially when it comes to how their brand is portrayed to the public at face-to-face events. Cosmopolitan magazine brought its events in-house last year for more control but ended up saving costs in the process. The magazine’s creative services director, Jason Cavallo, one of two people left on the company’s event team after significant budget and staff reductions, works closely with the marketing department’s six proposal writers to design programs they pitch to advertisers in order to get them to sponsor consumer events that Cosmo then executes. The events add value to the advertisers’ investment and Cosmo gets sponsorship dollars for its events.

One recent event Cavallo’s team handled was the Cosmo Kisses for the Troops program in New York City, which celebrated Guinness World Record Day (Nov. 12) by setting the record for the most lip prints collected in 12 hours with help from cosmetics brand Maybelline and the United Service Organizaton. On Veterans Day, Nov. 11, the trio collected 1,800 lipstick kisses to send to the troops overseas. Each kiss cost $1; all proceeds went to the USO. Cosmo staffed the event with its marketing department who took turns helping consumers in line write their messages to the troops on a post card and seal it with a lipstick smooch while Guinness kept track. It hired an additional four staffers to drive people to the experience. As for the mobile unit, it rented a stock vehicle, contracted its owner to drive it around the city and then decorated the inside of it with signage, rented furniture and a red carpet. The team hired two make-up artists to help consumers apply the lipstick, which was provided by Maybelline. The best part was accessing Times Square’s Military Island for a nominal fee because of its partnership with the USO. Generally, a permit for the coveted location costs nearly $50,000.

“We’re very protective of our brand equity so we always want to execute at the highest level possible as well as most cost effectively,” says Cavallo. “We take it upon ourselves to source out different elements and take a step back and evaluate it with our associate publisher of marketing to make sure that we’re spending within our budget.”

Control and costs are also two of the main reasons why apparel brand LittleMissMatched takes most of its events in-house. In December 2008, when the company didn’t have its own stores and mostly sold at department stores or kiosks, it made itself more visible using guerrilla marketing tactics. It hired New York City-based agency Grand Central Marketing to build out whimsical ice cream carts filled with product to hand out to consumers on the street. Grand Central also handled staffing for the street events. When the retailer decided to revive the carts a few months later to drive consumers to its pop-up shop, it took the entire program in-house. (Not because it wasn’t satisfied with Grand Central’s work, but for budgetary reasons.) It sourced and manufactured more ice cream carts internally and hired the promotional staff on its own. The company says it cost them $60,000 less the second time around.

“We had never done that kind of marketing program that involved getting city permits, building the carts and hiring staff on a short timeline,” says Jonah Staw, ceo and co-founder of LittleMissMatched. “But once we had watched and learned from the agency, we had the knowledge and so we leveraged it to do it in-house the second time around.”

Does that always work? Grand Central Marketing’s ceo Matthew Glass says it usually only works for smaller scale projects, and not for bigger projects like mobile tours that involve multiple elements like routing and road managers.

“If it’s a bigger program like a tour, there are a lot of pitfalls to handling it in-house,” he explains. “Like keeping road managers motivated as well as mileage and routing. The nature of the business is that agencies want to appear smooth, but they aren’t letting you in on all the craziness.”

One “crazy” factor Glass points out is paying vendors. Though weeding out the middle man and getting a wholesale deal might sound good, he claims it’s not always that simple. Generally, agencies put up the money for the vendors in order to meet their payment deadlines, serving as a buffer (from an accounting perspective) to big corporations that usually don’t have the flexibility to be cutting checks on the spot.

“A lot of times we’re covering costs that have to be made in a different time frame than what a big corporation is used to doing,” says Glass.

EXPERTISE & EXPERIENCE
When LittleMissMatched was dreaming up promotions for the grand opening of its Fifth Avenue store, the brand had always wanted to do a consumer march up and down the iconic avenue, but had no idea how to make it happen, fearing municipal red tape. The company knew that event agencies had that expertise, but again wanted to keep costs down. When Staw was invited by New York Police Department Commissioner Ray Kelly to be commanding officer for an evening after being named one of the “Forty Under 40” by Crain’s New York Business, he tapped the police department’s community affairs officer to help get the march done. Suddenly, he had a road map to bringing his team’s vision to life. With the help of the NYPD the brand executed the 500-person march in September.

“Our team could have figured out how to work with the city but it would have been complicated,” says Staw. “By no means do we have a turnkey package solution. The program became more turnkey when we found our way serendipitously to someone who could help shepherd us through the bureaucracy. We probably had a bunch of ideas on how to handle the launch of the store and we would probably have done one of those ideas instead of the march had this not happened.”

Bryan Duffy, evp-experiential marketing managing director at Ignited New York understands the brands’ point of view well since he worked for 10 years in marketing at foot apparel brand Converse. Back then, he says it was also mostly about control and costs. But when it comes to copying an agency program to achieve wholesale prices, Duffy argues it’s not always worth it, especially with the integration of ever evolving digital and social media tools. Not knowing about the latest creative and innovative solutions can make a brand less competitive, he warns.

“When we integrate between events and digital and social media tactics, and overlay that with analytics, that’s the ultimate value that agencies bring to its clientele,” says Duffy. “It’s true subject matter expertise in a variety of mediums and disciplines.”

Cosmo and LittleMissMatched found a way to harness their own experts by turning to a network of industry friends for free advice. For its 500-person march, LittleMissMatched reached out to a friend who runs an organization that puts on concerts in New York City. “We don’t hesitate to bring in subject matter experts, but we’re going to try to get it wholesale as opposed to retail,” says Staw.

One thing brands and agencies do agree on is that event programs require a dedicated event team, whether big or small.

“The challenge is that it’s very time consuming and you want to have a team that is totally dedicated to a program,” says Cavallo. “From a budget standpoint it’s easier to employ a couple of people on salary for the year to help execute multiple events instead of outsourcing each one to an event company, because then there’s so much more man power involved and you’re paying for somebody else’s overhead. Kisses for the Troops would probably have cost 10 times more if we had just gone to an event agency.”  EM