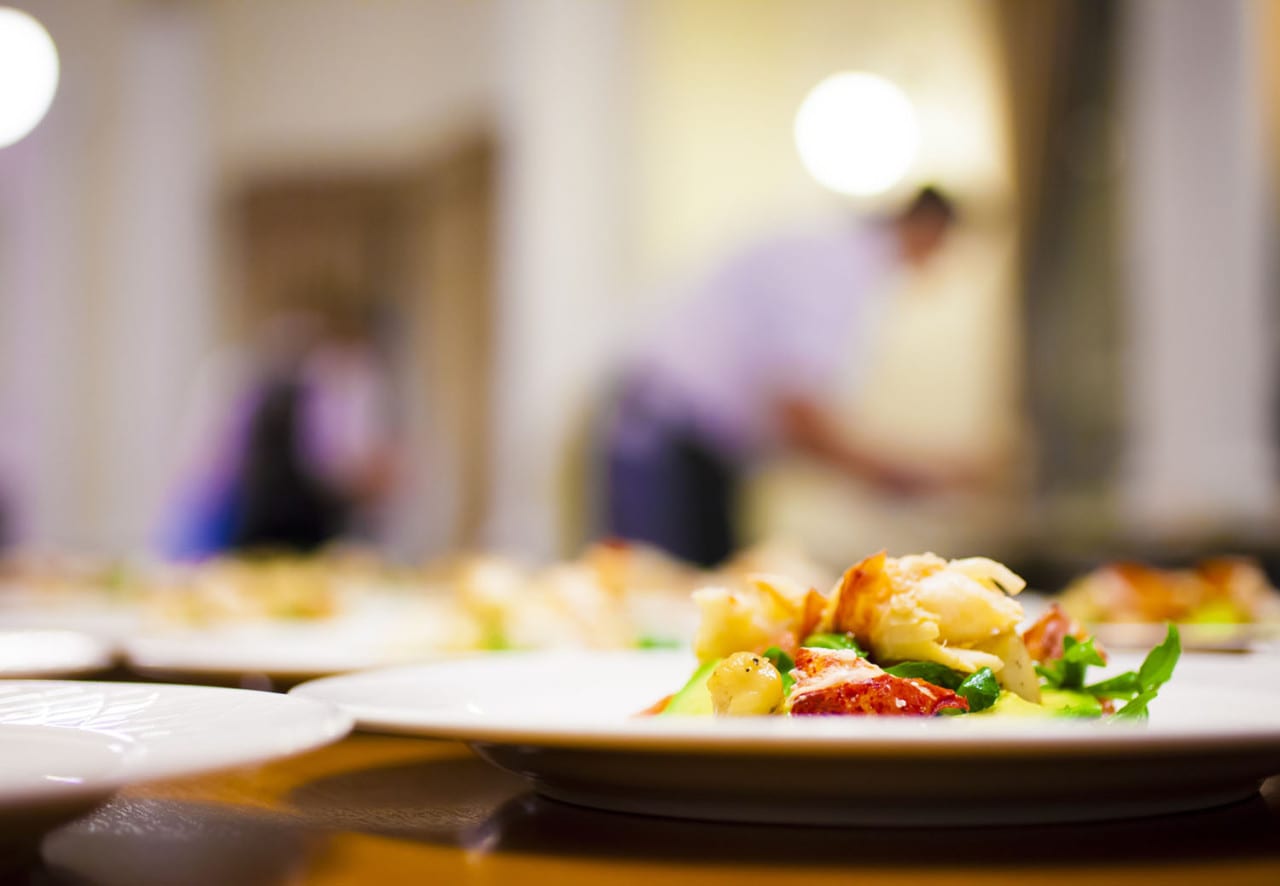 It’s no secret that food plays an important role in the overall success of business events. But as b-to-b conferences become increasingly international and diet trends gain momentum, delivering meals that satisfy everyone’s dietary needs is becoming a complex part of the event planning process. From restrictions based on religious beliefs to food allergies, preparing for large b-to-b events requires more sensitivity and attention to detail than ever.

One of the fastest growing trends in the event food space is the request for gluten-free meals, which has seen a significant surge in the last five years. In fact, the number of requests for gluten-free meals at conferences now surpasses the preference for vegetarian fare—and the expectation that such requests will be fulfilled is at an all-time high.

“Very rarely do we have a true celiac person; most often it’s a dietary preference of gluten-free, and it 100-percent has outpaced any kind of vegetarian, vegan or paleo diet trends,” says Kasha Mackelprang, executive director of catering and conference services at Red Rock Casino in Las Vegas. “If we have a group of 1,000, we’ll probably end up with 30 to 35 gluten-free and less than 20 vegetarian/vegan [requests].”

As far as dietary restrictions based on cultural or religious beliefs go, Kosher is still the most frequent request at b-to-b conferences, with halal coming in at a close second. But requests for Indian vegetarian fare have also been making waves over the last 10 years.

“I think when the tech surge came back, that’s really when we saw that trend emerge,” says Mackelprang. “So much so that there have been a number of occasions where we actually do special buffets specifically for the Indian vegetarian guests and keep it completely separate from the American food.”

• Food and Beverage Trends: What’s Cooking for 2015
• 8 Tips for Ensuring Your Event is Safe

Accommodating those who have food allergies is also paramount. Any potentially life-threatening circumstances, says Mackelprang, from guests with nut allergies to the growing list of those with a fructose intolerance, should involve the chef.

“If it’s a dietary restriction or an allergy, we always have the chef personally speak with the guest,” says Mackelprang. “We like to have the guest have that comfort level. But saying no [to a dietary request] is definitely not an option. It does become cumbersome and complicated to accommodate, but at the same time, you want to take care of the guests and you want to make sure that their experience is good.”

Managing and preparing for dietary restrictions at business events shouldn’t require waiting until the eleventh hour, however. Before conferences at Red Rock, staffers solicit information on attendees’ food preferences via the event registration process to avoid any surprises.

“There are definitely times where we would have well over 200 dietary restrictions or preferences, so we like to have that information in advance, specifically with the kosher and halal, which we can’t make in-house,” says Mackelprang. “And then we’re giving the planners tools for how to manage registration so when their attendee is on-site, they don’t have to be involved with the dietary restriction; it can get turned over to the hotel staff.”

Another option is to conduct pre-event surveys based on attendees’ food preferences. Simple questions, such as, “Do you prefer to eat healthy food or comfort food when you travel?” may help eliminate guesswork and provide valuable insight on what kinds of fare will be well received.

“Food and beverage is one of the items that gets criticized and critiqued the most [at business events] and you’re never going to make everybody happy,” says Mackelprang. “So understanding what the masses are going to like, whether it’s from previous knowledge or just some surveys or using registration, definitely helps you get a leg up.”

Preparing to accommodate strange requests should also be on the to-do list. From general dislikes (contempt for celery is apparently a universally shared sentiment) to guests who can only digest “soft” foods, peculiar dietary demands are hardly unheard of.

“We have people—and this happens a lot—that have blogs about their food illness or their food preference, so they tell the chef, ‘Go to my blog and read about what I like and that will help you prepare for me,’” says Mackelprang.

Bottom line? You can’t please everyone when it comes to event fare, but gauging preferences ahead of time can be a recipe for success.