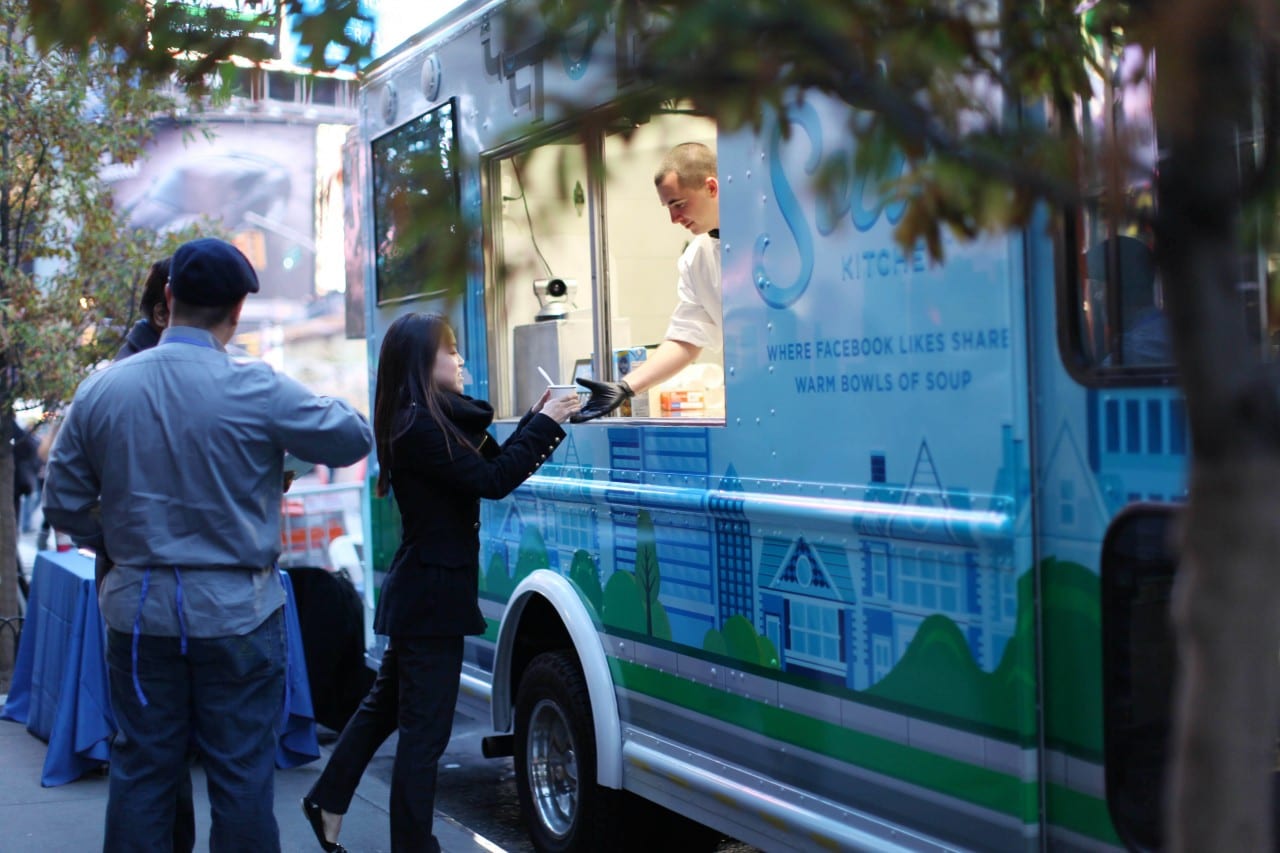 College Inn, maker of beef, chicken and vegetable broths, served up a little soup for the soul right before the Thanksgiving holiday, letting consumers visiting its Social Kitchen campaign microsite give strangers on the streets of New York City a bowl of soup in exchange for “Liking” the brand on Facebook.

The truck stopped in four locations at 11 a.m. and 4 p.m. on Nov. 14 and 15 including Union Square, the West Village, Bryant Park and Times Square. A camera positioned on the side of the truck captured the live action so consumers, a they tuned into the site and clicked a Facebook link to “Like” the company page, could watch a brand ambassador served their gift of a hot bowl of lemon ginger chicken noodle soup in real time. According to College Inn, the brand’s target consumer resides in the Northeast from which about 50 percent of its broth sales derive. To drive awareness of the campaign, the brand created a video it promoted on its website and on social media explaining how the truck worked. It also relied on paid digital media to drive traffic to the microsite. A Twitter feed on the site kept consumers updated on the status of the truck before the campaign.

“College Inn is sometimes thought of as an older brand but the Social Kitchen Food Truck allowed us to show consumers that we are relevant and unafraid to use various social media tactics to elevate the conversation around our great tasting broths,” Pete Bushbaker, brand manager at College Inn, told Buzz. Agency: EVB, San Francisco.