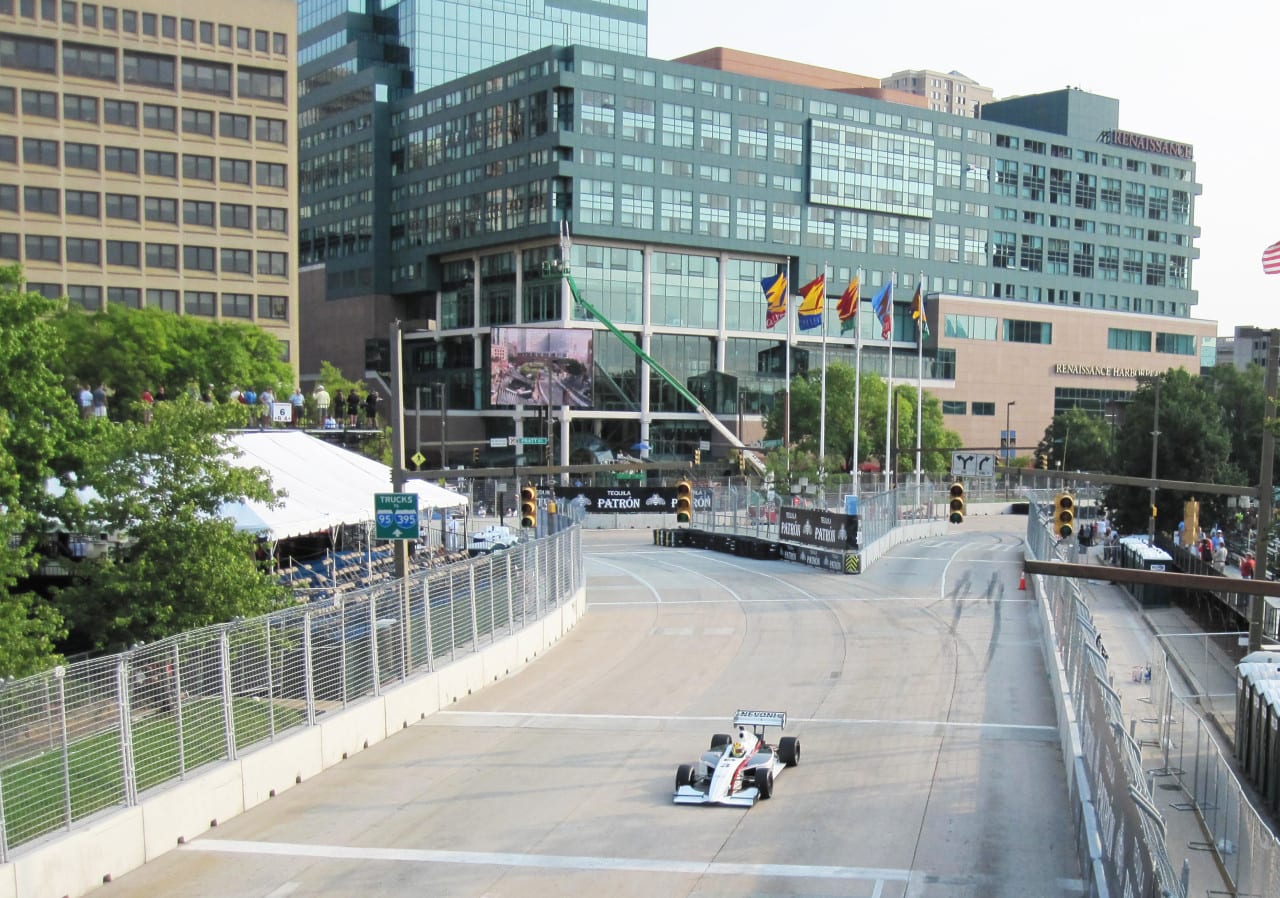 As a Baltimorean born and bred, I jumped at the chance to help man the Izod IndyCar Fan Village at the Inaugural 2011 Baltimore Grand Prix. Getting to see my city on the world stage as the host of 27 race car drivers, including the notorious Danica Patrick, darting through the downtown streets was more excitement than I thought I could bear. (Thank you, Marketing Werks, for setting that up!)

The Fan Village, with its hoards of visitors, i-Racers, simulators, prize wheels, autograph sessions and Motorola Xoom tablets, also set up by Marketing Werks, wasn’t too shabby either. So, early on the Saturday morning of Labor Day weekend, I hopped in my car and drove to the satellite parking lot at Port Covington, on the city’s east side, where shuttle buses awaited and transported the fans, and me, a brand ambassador-in-waiting, on a 10-minute ride to the track. 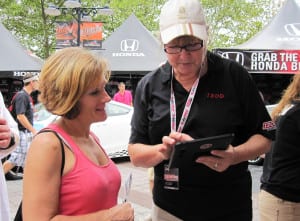 That was a snap compared to the traffic jams and detours suffered by the city’s residents during the construction in the weeks leading up to the race. The organizers sure got the event parking right. The sound of racecars zooming through the streets greeted us as we descended the bus outside the Maryland Science Center and dominated the city for most of the day. What a contrast as I walked along the broad brick walk surrounding Harbor Place, where yachts and motorboats bobbed quietly in the water.

I ascended Lombard Street, which was practically devoid of traffic, to Camden Yards, the iconic ballpark and home of the Orioles, where the Fan Village was located. Proudly sporting my black polo shirt with IZOD in red letters across the left chest and the word CREW in white displayed across the back, I reported for duty at the Fan Village registration desk where Marketing Werks’ Andrew Connell and Brian Fox put me through the paces.

When I wasn’t sneaking off into the paddock and watching the action in the pit lanes, I had two tasks for the day—registering fans as they entered the Village and helping to maintain order during the autograph session with 24 of the race’s 27 drivers that afternoon. Fans entered through an archway that led to the registration tent, where they received the lanyard giving them access to the sponsor tents in the village and enrollment as new members of IndyCar Nation, the racing series’ official fan community. I put on my glasses, picked up a Motorola Xoom tablet and went to work along with the other brand ambassadors.

Traffic through the tent was steady all morning. It took only a minute or two to complete the process, entering the fan’s name, age, sex, phone numbers, email addresses and a few other pieces of data into the system. I was amazed at how readily they gave up their personal information. I guess the possibility of winning an all expenses-paid trip for two to the IndyCar Championship Finals was enough incentive. As I tapped their vitals onto the Xoom screen, I wished I had taken time to get a manicure on the way in. I’ll remember to do that next time.

Since this was Baltimore and it was still summer, it wasn’t long until a severe weather warning blasted across the infield video screens and within the Fan Village. So, I retreated under a tent as Connell and Fox went into rain mode, retracting the awning covering the stage and making sure the Fan Village LED screen and monitors were safe. But, this being Baltimore in the summer, about 10 minutes later the storm had passed, the fans were back and I resumed business as usual, registering attendees, answering questions and generally being pleasant and helpful.

By 1:30, it was time to prepare for the autograph session, a huge two-tented affair where 24 drivers sat in two rows behind tables and signed pictures and memorabilia as fans streamed by. It was the largest autograph session held in the Fan Village to date and included all the biggies—Danica, Marco Andretti, Dario Franchetti and Penske Racing’s Will Power, who would win the race the next day. My job, along with the security guys, was to make sure no one busted through the lines or got too up close and personal with the drivers. But the fans progressed in an orderly fashion and kept moving. No one got hurt.

By day’s end, I had learned that being a brand ambassador can be hard work but rewarding. The race itself drew more fans than expected, and a great deal of them passed through the Fan Village. But I can guarantee that no one had a better time than I!