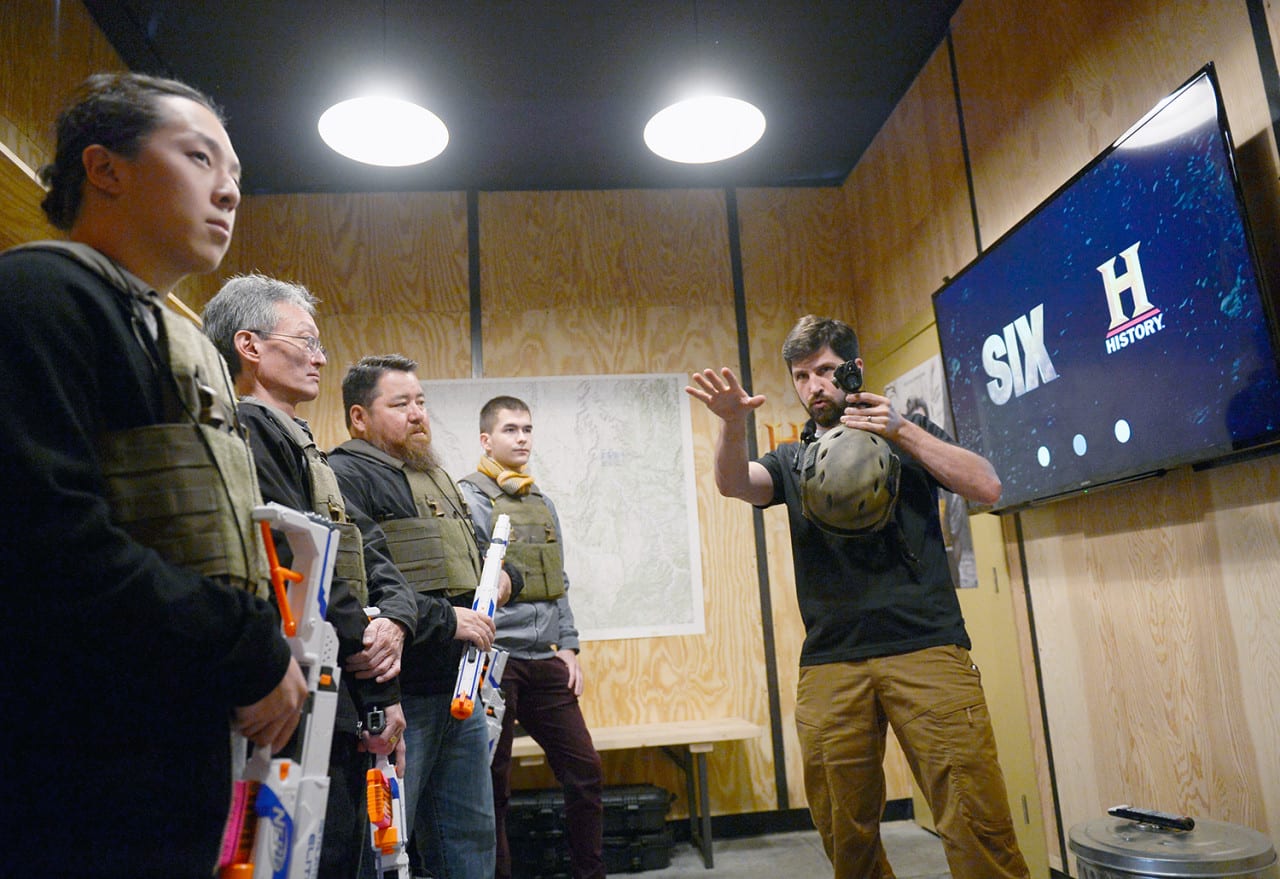 HISTORY brought its new drama series “Six” about the world of Navy SEAL Team Six to life with a “Night Vision Ops Training” booth outside the Las Vegas Convention Center at CES, Jan. 5-8, that had participants navigating physical obstacles, taking on visual challenges, and completing combat missions in total darkness. And they did it all using the same night vision technology used by the Navy SEALs.

The bunker-style activation included two connected trailers, stone columns, fencing and sandbags surrounding the footprint. Once inside the perimeter of the “training facility,” attendees were briefed on their mission and equipped with a tactical vest, helmet and night-vision goggles. Afterward, they navigated a pitch-black maze of obstacles and targets using technology that allowed them to “see without being seen.”

For HISTORY, the activation at CES helped the network attract its target viewership—gamer, tech-savvy audiences. Leading the experience were two former members of the military, who acted as guides for the experience and taught visitors about the goggles, describing how important they are to the day-to-day life of people in the military.

“While this is a scripted show, it is based in real fact and one of the big selling points for our show is that we had a Navy SEAL consultant on set at all times, who really made sure that everything that went into the show was 100 percent authentic to the SEAL Team Six experience, so that really lent itself further to making sure that everything we did had that authenticity to it, so that we were giving consumers a real taste of what the SEALs go through,” says Laura Herman, senior director-consumer marketing, HISTORY, at A+E Networks.

On top of the general admission experience, HISTORY hosted the media for a preview party and “Drinks in the Dark.” Nice. Agency: Civic Entertainment Group, New York City. 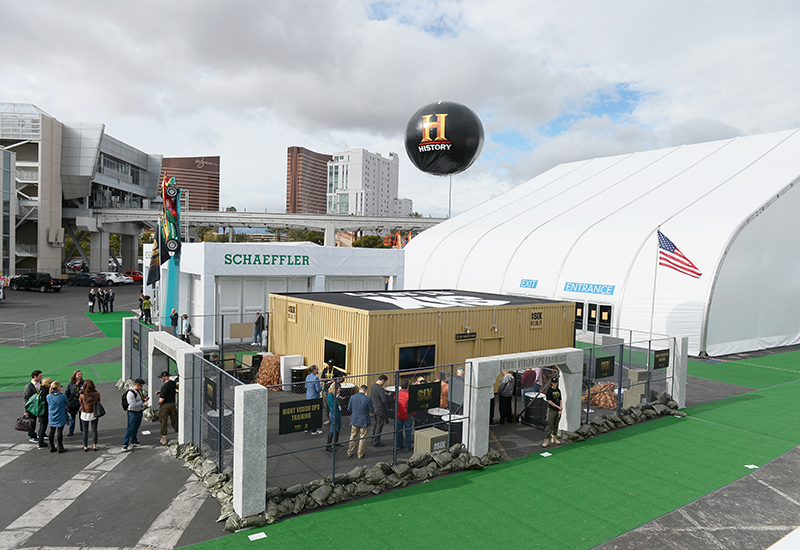