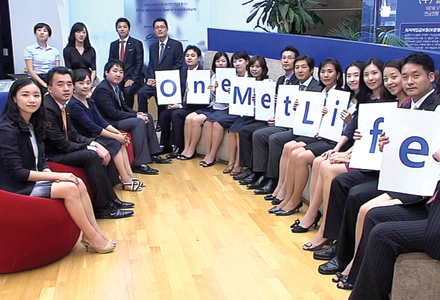 How MetLife Built a Virtual Team

Tasked with rolling out new retirement and annuities product features to thousands of financial advisors nationwide, MetLife insurance this spring made a virtual event for the first time a significant part of the push to connect with internal advisors, as well as third party advisors from banks and brokerage companies. On May 25, the company connected with 700 of these key audience members for a two-hour virtual event it called MAX Live Virtual (inspired by a physical event of the same name), which combined pre-recorded content and a live question and answer session afterwards (platform provided by INXPO).

The event went off without a hitch, but what attendees didn’t see was the hard work MetLife’s staffers put into organizing the event. Like physical events, a competent staff is critical to pulling off a successful virtual experience. What was MetLife’s staffing strategy? How do you create a killer crew of brand ambassadors for the virtual realm? MetLife digital marketing strategy lead Tom McEntee shares some key learnings:

Seek a Subject Matter Expert
Select people to staff your event that are experts on your target audience. For example, in MetLife’s case, its audience is comprised of financial advisors that don’t generally go to virtual events. Will they access a virtual event or website and be comfortable asking questions through a chat session when they’re used to getting on a phone and watching a PowerPoint? Subject matter experts are going to tell you what they think the audience is going to adapt to and consume. Virtual platform providers are experts on the technology and the format, but there will be nuances of your audience they may not be familiar with. They may make recommendations on how to do certain things, and it may sound like good advice, but it may not fit with your audience’s unique needs, says McEntee. That’s why the audience subject matter experts are key.

Keep the Personal Touch
When MetLife decided to incorporate virtual into its campaign outreach, it started with an e-invite a month before the event. Then it sent a second e-invite a week later in case attendees missed the first one. Once they reached max attendance, they switched over to manual follow-up. This is especially important when an audience is new to virtual and used to more personal invitations. In these cases, just an email won’t do. There needs to be staff members designated to follow up with them via phone and it should be people they’re accustomed to working with.

Share Info On A Need to Know Basis
MetLife kept the intense training down to the core people that were involved in the creative parts of the campaign and those in charge of email invites and managing communications. It tried to leave the product people out of it. This allowed them to remain calm and focused on their specific task: product training. “We knew that we would need a core group of people asking questions at the event, similar to what we do with WebEx. We didn’t want to rattle them with something new, especially when it was going from offline to digital,” says McEntee. “We tried to keep the real detailed training to the people that are already focused on digital and handhold the rest of the support team that needed it.” McEntee also suggests adding 30 percent more time to organize the event than what you’ve allotted for it. You’ll need it.

Coordinate a Support Team
McEntee and three co-workers were responsible for managing the virtual event as well as answering questions that were not directly related to the speakers. There was a technical support team out of INXPO’s Chicago office, but its event manager was on-site at the MetLife Center with McEntee and his team for extra support. To moderate the event, MetLife brought in TV financial journalist Darby Dunn, who added another layer of interest for attendees. The four speakers whose presentations had been pre-recorded were available from their respective locations for the live Q&A.

Create a Post-Event Plan
McEntee says that Q&A’s usually run long, so suggests having a resource team in place post-event to convert the unanswered questions into a follow up document that goes out to attendees in email.  EM