American Express Transforms Tennis with Holographics at US Open 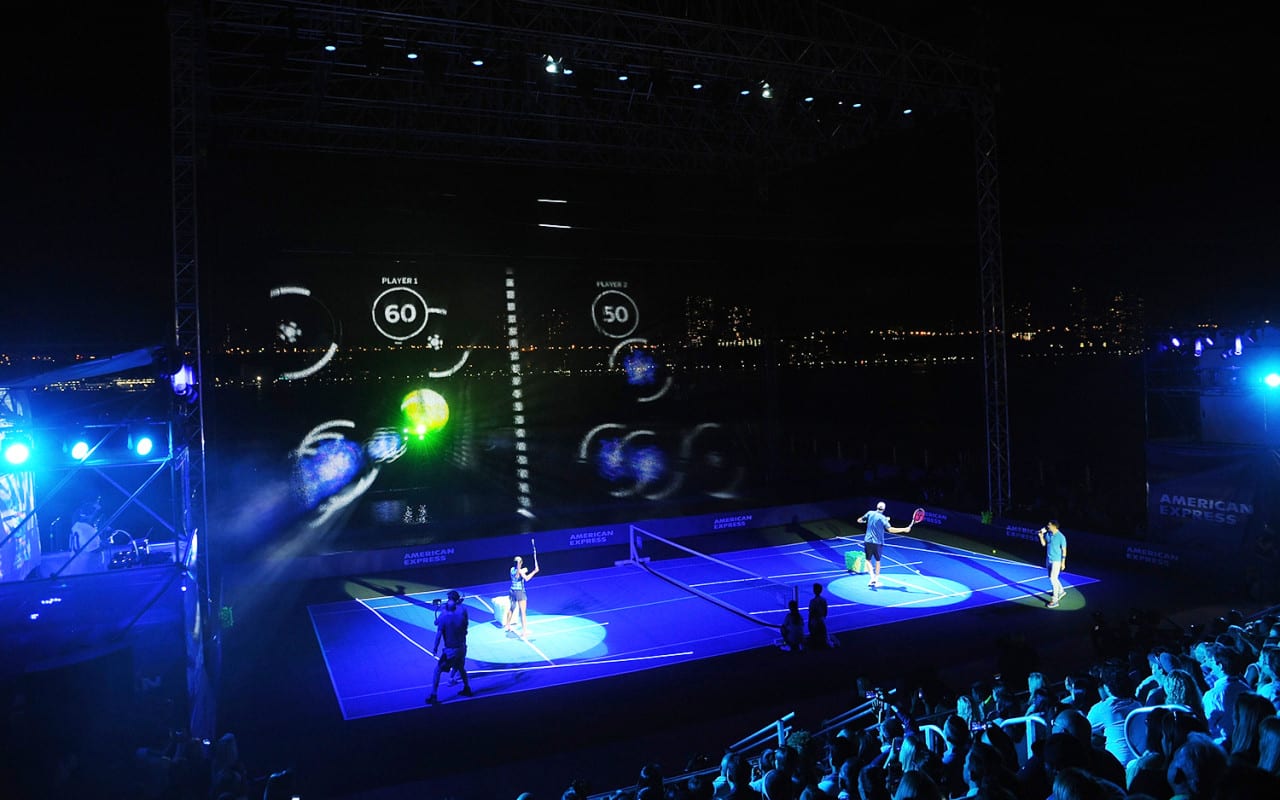 The event featured a visual experience projected onto a massive 40-foot by 60-foot wall of water with hydro-interactive effects in celebration of the past, present and future of tennis—as well as American Express’ 21-year sponsorship of the US Open. The experience illustrated activities and movement on a physical tennis court that triggered and powered reactive and interactive movements of light, sound and water. 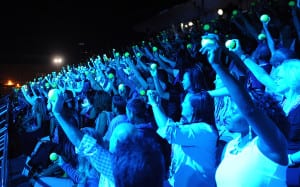 Here’s how it worked: As fans munched on complimentary eats, they watched Sharapova, James, Puig, Isner and a few lucky members of the crowd step onto the court to use interactive, responsive tennis rackets designed to translate, in real-time, the players’ every move. As the athletes played a real-life tennis game, every stroke—and movement of the ball—was transformed into 3D graphics, animations, sounds and video projections.

The event was executed shortly after American Express announced a multi-year partnership with Sharapova, the world’s No. 2 professional tennis player and a former US Open champion. The relationship was the focus of the brand’s tournament sponsorship this year. The You Vs. Sharapova virtual reality engagement gave fans the opportunity to experience what it feels like to return Sharapova’s serve and ground strokes inside the American Express Fan Experience zone. The engagement was the first-ever virtual reality experience to feature a live action and CGI version of an athlete simultaneously to create one user experience.

“We’re focused on service—servicing our cardmembers and fans—and we put that at the center of everything we do,” says Deb Curtis, vp-entertainment and marketing sponsorships at American Express. “How you can service fans changes every year and that’s why technology has become such a critical component of really enabling us to deliver fan experiences like we haven’t done in the past.” Agency: Momentum Worldwide, New York City.