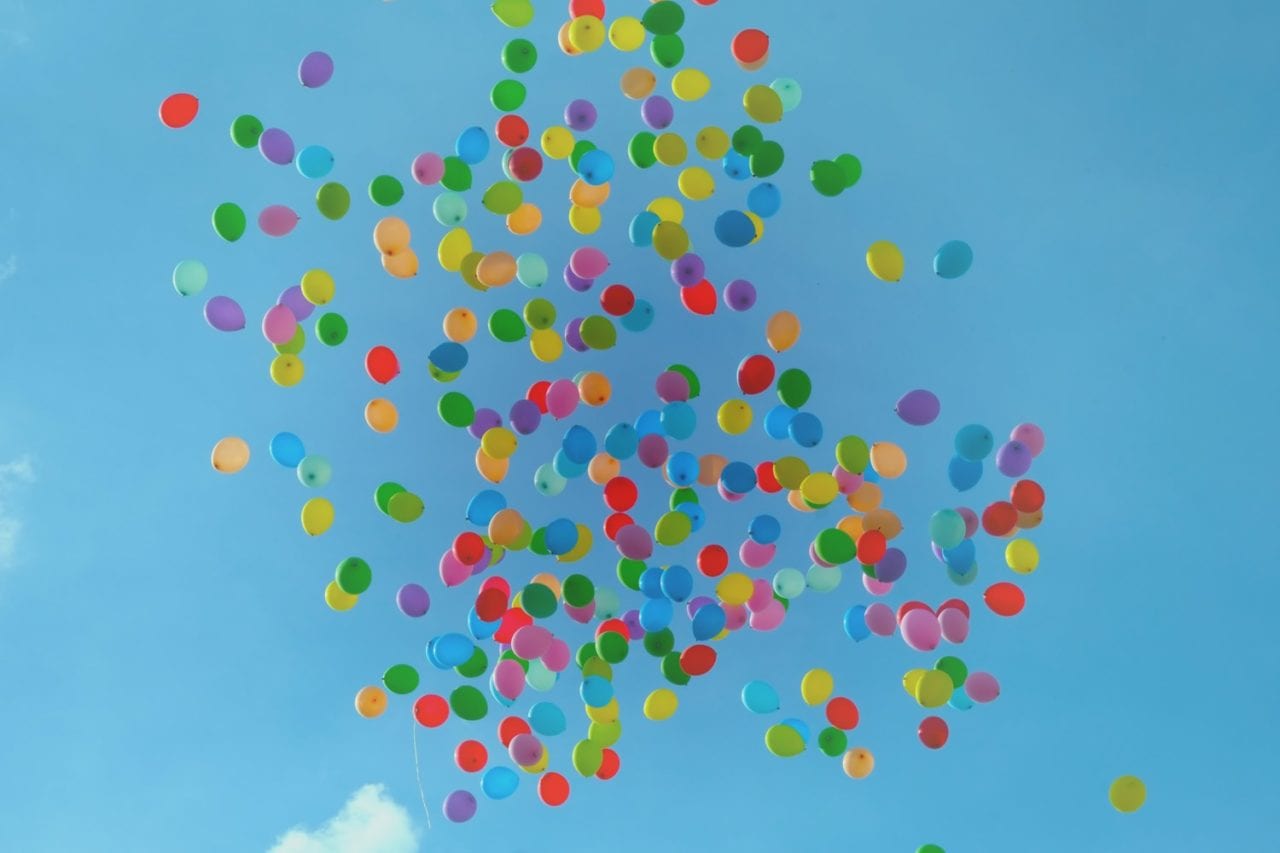 25 tips for keeping your top event staffers happy and motivated

It’s 110 degrees in the shade with four hours to go and your brand ambassadors are still working the footprint like their lives depended on it. They’re engaging attendees they’re flashing their pearly whites and they’re making your brand look good. Real good. Is it the caffeine kicking in? The promise of a paycheck? The free branded polo?

We asked folks from every corner of the biz to tell us straight up what’s the secret to keeping brand ambassadors happy? Money of course helps. But surprisingly cash wasn’t No. 1 on the list. We believe it is disco diva Donna Summer who sums it up best (feel free to sing along): They work hard for the money so you’d better treat ’em right!

Pay On Time. Waiting periods between the event and the paycheck are industry standard but closing the gap can be an effective incentive. Joey Meyer president of Chicago-based Across the Nation Promo Model and Staffing offers to pay by PayPal which can shorten the wait to about a week. “PayPal charges a fee which is nominal but we give it as an option to say we’re going to try to get you paid more quickly.”

Feed and Water. Meyer says it’s one of the easiest things to do but many brands still don’t feed their field staff. Meals snacks and drinks are relatively small line items on the budget but for brand ambassadors the gesture is invaluable. “Drinking energy drinks helps a lot ” says Jessica Torres an ATN field staffer with four years of experience under her belt. “Especially during long shifts.”

Staff Up. Spread your staff too thin and you’re wasting money and giving a bad impression. Consider having extra staff on call. “When a client needs 10 people we’ll send 12 ” says Meyer. “They might not have anticipated the need but they’ll have the option.” (The brand ambassador should get paid either way.)

Have Their Back. Offering 24/7 access to someone at the brand who can help a field staffer on a moment’s notice offers emotional payoffs. “It helps a lot knowing that no matter what the company you’re working with is there to help you out ” says Torres.

Set Low(er) Expectations. ATN tells its talent before they accept the work that the gig may be tough—even downright unpleasant. Staffers that know what they’re getting into go in feeling mentally prepared and in control.

Premiums Pay Off. Once the talent gets on site give them first crack at the giveaway items. “Those are definitely motivating factors ” Meyer says.
Tie Performance To Pay. Atlanta-based Conventions Models and Talent works with spirits brands to incent its off-premise sampling ambassadors. Hit or exceed the quota and get a chance at cash prizes and paid vacations. Miss the quota and get paid half-rate. “Not all events promos or trade shows are based directly on what they do ” says Shelly Justice founder of the agency. “But when they are it’s a huge incentive. And it works.”

Direct Feedback. Justice sends client feedback forms directly to the brand ambassadors. “When they’re criticized it’s an immediate stab in the heart for them because they recognize that they didn’t get away with something ” Justice says. “Same if they did a great job we make sure they know it.”

Year-round Work. Reward ambassadors who do great work with first chances at future higher-paying projects. The possibility of ongoing or year-round work is often enough to get their juices flowing. “Some clients do 50 shows a year ” says Justice. “That talent knows ‘If I do a good job I have a guaranteed number of shows and can make a certain amount this year.’”

Team Uniforms. Larry Hess ceo of Redondo Beach CA-based Encore Nationwide says outfitting talent in matching uniforms creates an immediate sense of teamwork. “People are less likely to burn out if they feel like they’re part of something bigger ” he says. “It gives you that baseball team mentality: you’re working toward a common cause.”

Immediate Gratification. Quick inexpensive gestures are often the pick-me-up staff needs. Hess sends out gift cards—his go to Starbucks—to lead staffers to reward the best performer of the day. “It recognizes somebody right on the spot and that gives them motivation to go on to the next level ” says Hess.

Walk a Mile. Put yourself in their shoes then adjust your program for maximum comfort advises Justice. “If a client has them in black pants and it’s July 30 in Atlanta—that’s brutal ” says Justice. “So we might suggest black shorts.”

Cash Incentive. Offer an hourly rate but increase it if they do a rock star job suggests Jessica Browder founder and ceo of Phoenix-based Eventpro Strategies. “Incentive pay for talent that are on time with great attitudes and that exceed expectations works wonders ” she says. “Everyone wins.”

Truth and Consequences. Ramifications for lackluster performance are good motivators. EventPro has a zero tolerance rule: Let them down once and get automatically inactivated from the database. CMT has a two-strikes-you’re-out policy. Tardiness can also result in an immediate pay deduction.

Send Upbeat Insiders. Ambassadors feed off the full-time staff’s energy so send your best people out into the field. “You already go with good intentions to do a good job ” says Torres. “But the environment and the way everyone makes you feel that gives you more energy. That’s the key.”

Get Personal. Talent agencies maintain expansive databases that include personal data to help them filter and align the talent’s interests so take advantage of it. Or do it yourself. The American Legacy Foundation ran its own recruiting campaign by advertising for 14 summer tour ambassadors on its truth.com website. “The people we chose to bring out are clearly passionate about making a change in society ” says Mary Sullivan brand manager-youth prevention at the American Legacy Foundation.

Mix It Up. Mobile teams spend a lot of time together so pay attention to creating a balance of personalities. “Make sure it’s a good mix of leaders but not all strong personalities ” suggests Sullivan.

Two-Way Training. Geico invites its ambassadors to participate in pre- during- and post-show meetings and opens the floor to feedback ideas and challenges. When people see that their opinion counts says Mercedita Roxas-Murray vp-client services at Alexandria VA-based RedPeg Marketing which handles it makes a difference.

Team Building. The truth tour takes the pre-show lovefest one step further by inviting ambassadors to show their stuff in fun training exercises like an American Idol-themed talent show. “They bring out the enthusiasm and the personalities of the people ” says Sullivan.

Empowerment and Creativity. Truth tour staffers this summer noticed that kids were digging stenciled tattoos so they put a call into headquarters and quickly got the stuff to incorporate it into their program. Giving staffers creative freedom to develop on-the-fly marketing ideas and then providing the tools to make it happen is a definite morale booster.

Leverage Star Status. If your brand is on board as sponsor of a touring band or show use the star appeal to motivate field staff performance. “They work twice as hard the rest of the day if they know they get to go watch their favorite band ” says Scotty Batson of Atlanta-based agency GTM.

Surprise Attack. Care packages full of socks and candy and surprise visits from headquarters go a long way towards showing you care especially during the dog days of an extended tour or long stint at a trade show. “Every once in awhile we send people from our in-house team who will show up and say okay you have the day off ” says Roxas-Murray.

Work the Integration. Strong tie-ins to ad campaigns enhance face-to-face experiences and make the brand ambassador’s job even easier. Geico and truth use the Gecko and the powerful TV ads (respectively) to engage attendees walking by their footprint. “One of the icebreakers we use is have you ever seen a truth commercial?” says Batson who is also the truth tour field manager. “Ninety-nine percent say ‘Of course!’.”

Get Dirty. Hess encourages clients to go out and work alongside the staff. “If they see the big boss  getting involved handing out samples or loading up boxes it goes a long way ” he says.

R.E.S.P.E.C.T. Find out what it means to your brand ambassadors. “Treat brand ambassadors how you would like to be treated ” says Justice.
Finally remember word-of-mouth is just as powerful among the talent as it is among consumers. “If you say you’re going to do something back it up and do it ” says Carlton Abernathy a Houston-based promo model with 40 events to his name. “Those companies out there that honor their word it goes a lot further than what they think. Your models all of them talk—and word spreads around about which company is better to work for than the others.”