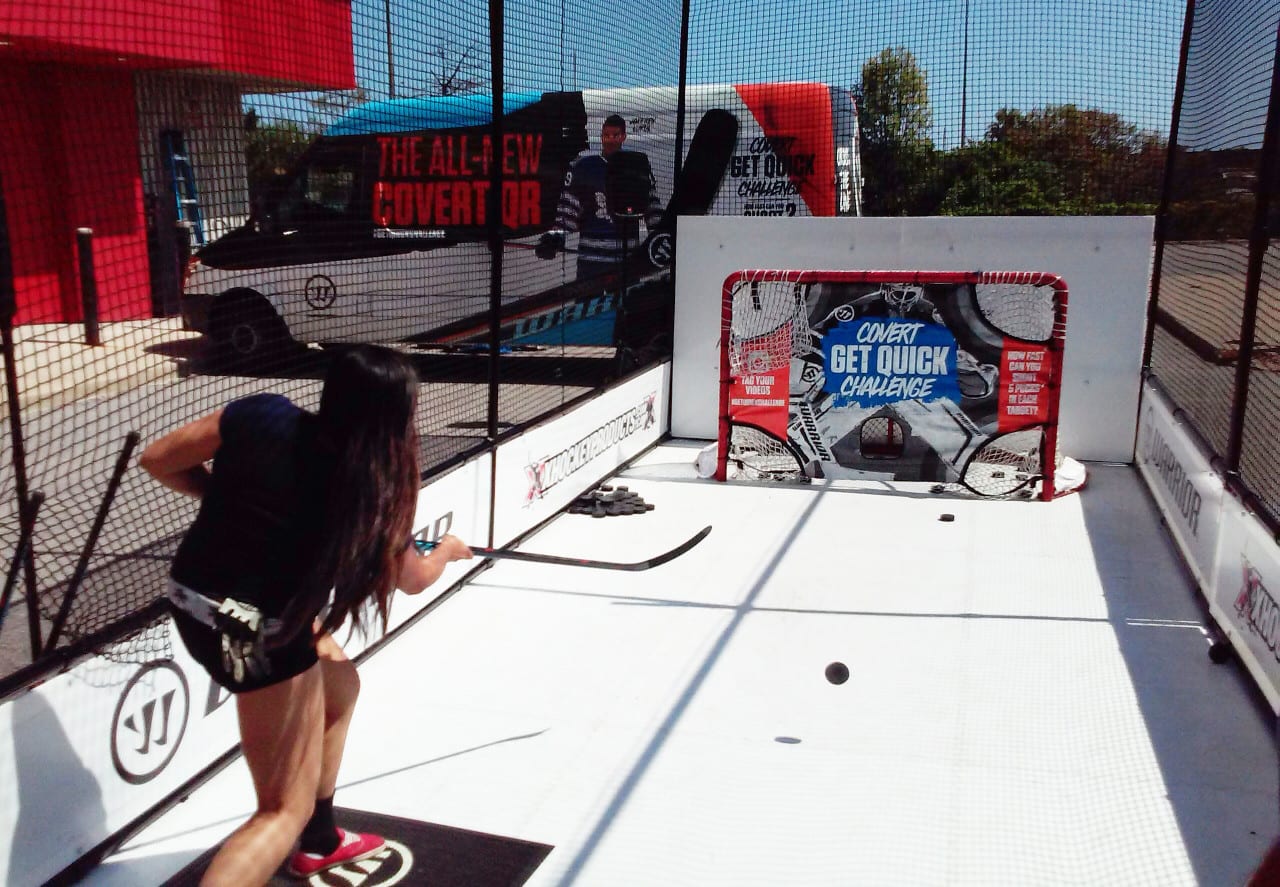 Warrior Sports, a hockey brand in the New Balance Athletic Shoe portfolio, conducted its first-ever retail tour at the end of the summer, targeting 29 retail locations with a faux hockey rink and hockey stick demo activation. The tour, which traveled in a wrapped sprinter van, kicked off July 30 in Detroit, MI, and wrapped Oct. 2 in St. Louis, MO.

The footprint included a registration desk with data capture, and the Get Quick Challenge zone. In the zone,  consumers could test out the new Covert Quick Release (QR) Warrior hockey stick, “the lightest and fastest stick” Warrior has released, with an accuracy-based speed shootout. Consumers picked up a stick and had to try and hit all five designated targets in front of the regulation net in as little time as possible. During the challenge, retail tour staff took their photo and it was emailed to them in real-time with a drive to social.

Participants were also encouraged to film their challenge and share it on social media with #getquickchallenge. Afterward, they could upload it to the Get Quick Challenge retail tour contest microsite entry form. The person who hit all targets in the least amount of time tour-wide received private shooting instructions from a professional hockey player and an invitation to bring up to 19 teammates along for the lesson. In addition to the larger contest, at each stop on the retail tour consumers who were able to hit all five targets in 15 seconds or less received an instant in-store prize valued at up to $50. Where possible, professional hockey players made appearances and sometimes took the challenge themselves, including Joffrey Lupul of the Toronto Maple Leafs, who helped kick off the tour.

“This is the first large-scale tour we’ve done, outside of one-offs whether at trade shows or local events. We have toured on the lacrosse side of our business, but we hadn’t pulled it off for hockey, so we wanted to do something different for the new stick and get it into the hands of consumers,” says Grant Wasch, retail and event marketing manager at Warrior Sports. “The second goal was to partner with our retailers to bring people out to the store so they can hopefully increase sales and we can interact with them in that setting.” Agency: Elite Marketing Group, New York City.