Spirits Marketers Leverage the Allure of the Speakeasy 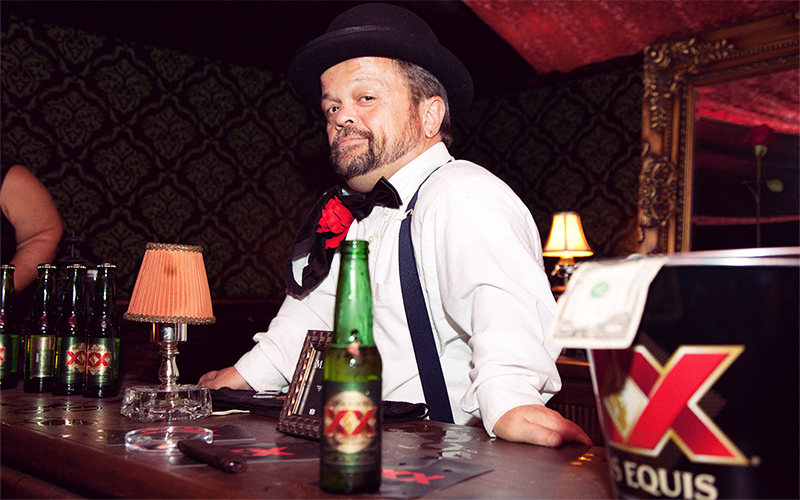 Spirits Marketers Leverage the Allure of the Speakeasy

The speakeasy has appealed to the drinking public since the prohibition era, when hidden bars behind unmarked doors in back alley locations offered a way to circumvent the dry law governing alcohol consumption to a select, invited few. Now, speakeasies are popping up at event activations where their aura of mystery and appeal, and free booze, is a turn-on for attendees. The concept is a natural tie-in for liquor brands such as Dos Equis, which recently took the speakeasy to a whole new level.

Mexican beer brand Dos Equis is perhaps best known for its Most Interesting Man and the masquerade parties it has activated in the fall for the past four years. Last year’s masquerade, however, featured a Little Speakeasy that transported attendees to a world populated with little people. In contrast to the Masquerade Ballroom, everything in the Little Speakeasy was scaled at 7/12th its original size, including a mini-bar and mini-furniture, right down to the seven-ounce mini bottles of Dos Equis that were served. People had to hunch down to make it into the space, which was guarded by a seven-foot-tall bouncer at the door. Once inside, people could dance with a little person under a mini-chandelier or listen to music played on the mini-piano. The Little Speakeasy was part of a strategy to create different “nooks” within the Masquerade where people could roam and experience their brand on their own (Agency: Mirrorball, NYC).

Others have hopped on the speakeasy trend as well. Jack Daniel’s recent Motel 7, a multi-year, multi-city pop-up experience that launched in Brooklyn in November featured The White Rabbit Saloon, an exclusive speakeasy, among a number of theatrical engagements designed to immerse attendees in the brand. The Saloon was open to a select number of guests who enjoyed exclusive cocktails, live entertainment and got to learn about Jack Daniel’s from the brand’s master distiller. 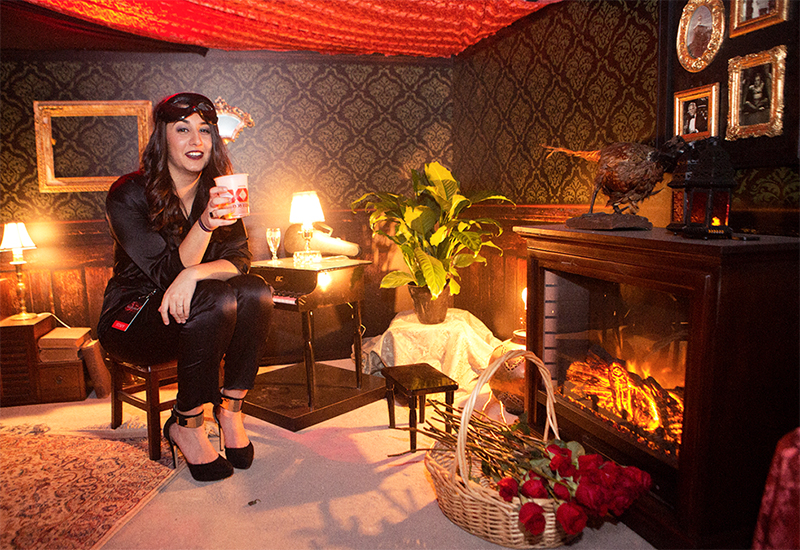