Toyota Wall is Belle of the Ball at NAIAS – Event Marketer 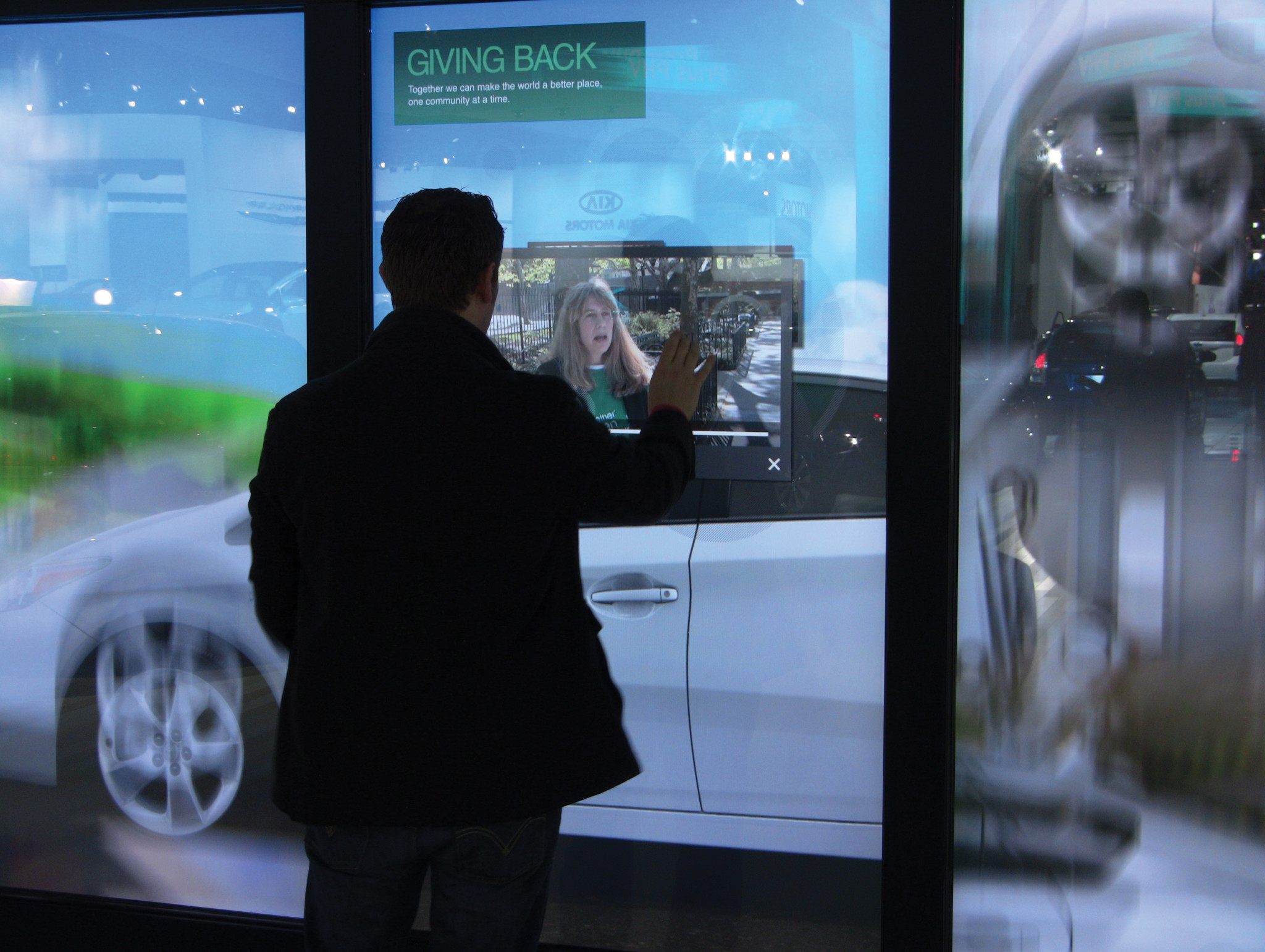 Toyota Wall is Belle of the Ball at NAIAS

The North American International Auto Show  was chock-full of hot cars and sweet interactives, and the digital star of the show was the Toyota Vision wall. The wall is made up of three 82-inch LCD panels, equipped with multi-touch technology and loaded with tons of content and features about the new Prius. Each of the three screens focuses on one area of content, combining to tell the whole ownership story of the Toyota culture and the lifecycle of the vehicle. The software that runs the experience is based on Microsoft Surface, but is custom-designed.

The interface, made possible on such a large-scale by way of a grid of infrared light, responds to easy, natural movements to bring up fun, accessible content in the form of videos and pictures and Easter egg-type secret features like mini videos that launch when the three panels are lined up in one image, or the ability to throw items out of one screen and see it transform into a logo or a tweeting bird on the next one. The goal, according to San Francisco-based JUXT Interactive, which designed the wall, working with technology designer Venice, CA-based Push and New York City-based Hush, which created the motion graphics, was to tell the story of the vehicles in a way that would be organic and non-intrusive for consumers, but fun for them, too. For more, check out the video demo here. Agency: George P. Johnson, Detroit.