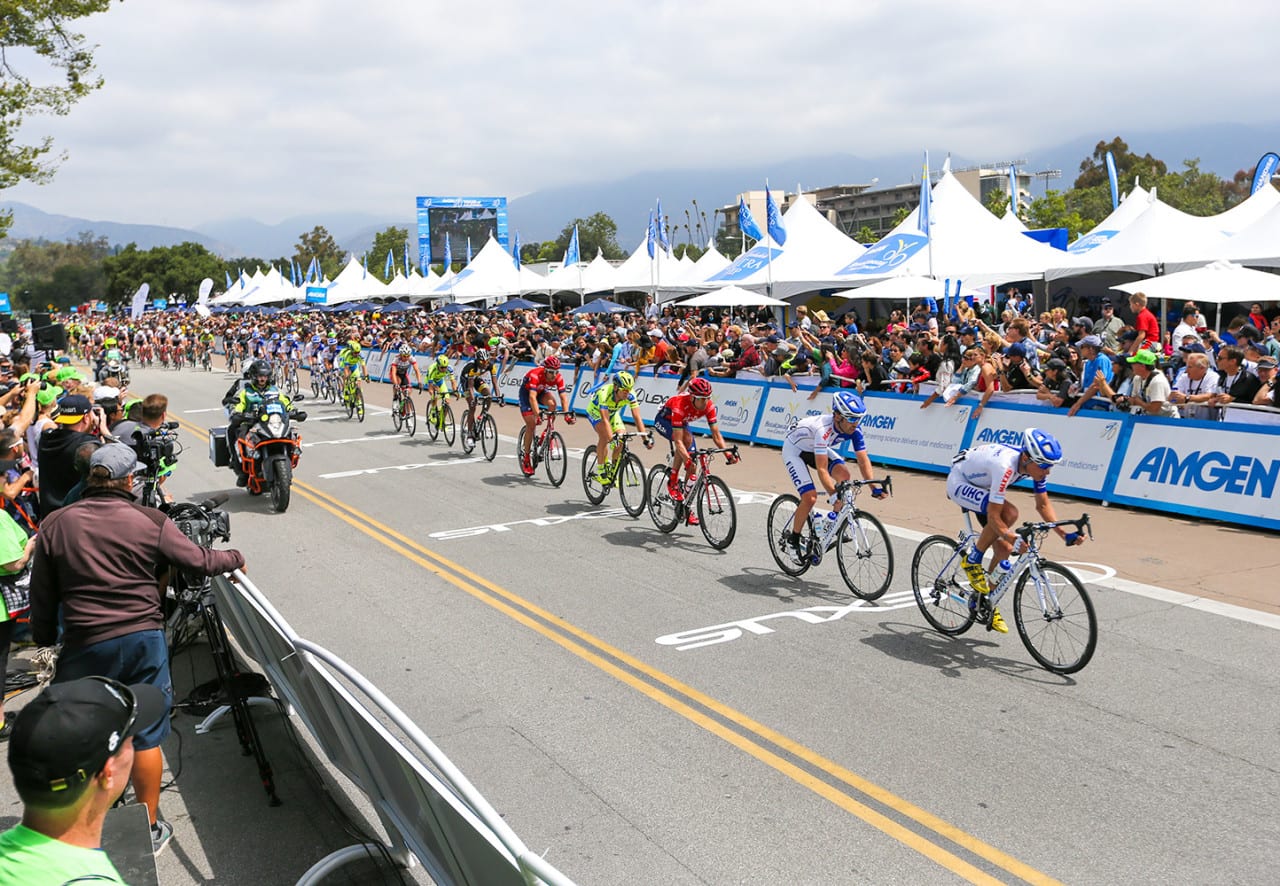 Inside Wellness Activations at Amgen Tour of California

As title sponsor of the 2015 Amgen Tour of California for a 10th year, Amgen, a biopharmaceutical company, deployed wellness activations at stops along the cycling route in the fan experience called the Lifestyle Festival. The race (owned by AEG) kicked off May 8 in Sacramento, traveling along California’s most recognizable roadways, highways and coastline drives before concluding May 17 in Los Angeles.

The Amgen Tour of California is the largest cycling event in North America. It attracts pro-cyclists, including world champions, and is widely considered a precursor or practice event to the Tour de France in July. There are eight finish lines along the route in eight cities and the Lifestyle Festival, which travels city to city. This year the festival featured more than 40 exhibitors as well as sponsors like Lexus and Visit California, in addition to live music, food and the Michelob Ultra Beer Garden, which had large video screens live-streaming the race. (An estimated 650,000 spectators attend the festival across the cities, with many more watching along the route.)

At the festival this year, Amgen wanted to raise its profile and awareness for two of the world’s most serious illnesses—cancer and cardiovascular disease. In one footprint the brand highlighted “Breakaway from Cancer,” a national initiative to increase awareness of important resources available to people affected by cancer. Representatives from Amgen’s nonprofit partners were on-site, offering information on prevention as well as counseling in meeting areas on a range of topics. A social media photo booth helped the brand build the “world’s largest cancer support team.” In another footprint, representatives from the American Heart Association offered blood pressure and cholesterol screenings, CPR counseling and information on potential new therapies.

The brand demoed the wellness experience last year, with success, according to Michael Ratican, director-marketing at Amgen.

“Every year we’ve learned that the tour is getting more popular, that the sport of cycling is getting more popular,” Ratican says. “I think insightful minds in our organization saw the potential in aligning with the sport and its future, and we stuck with it… this is probably the most important public recognition we have as a company that we get to demonstrate on a day-to-day basis during this tour.”