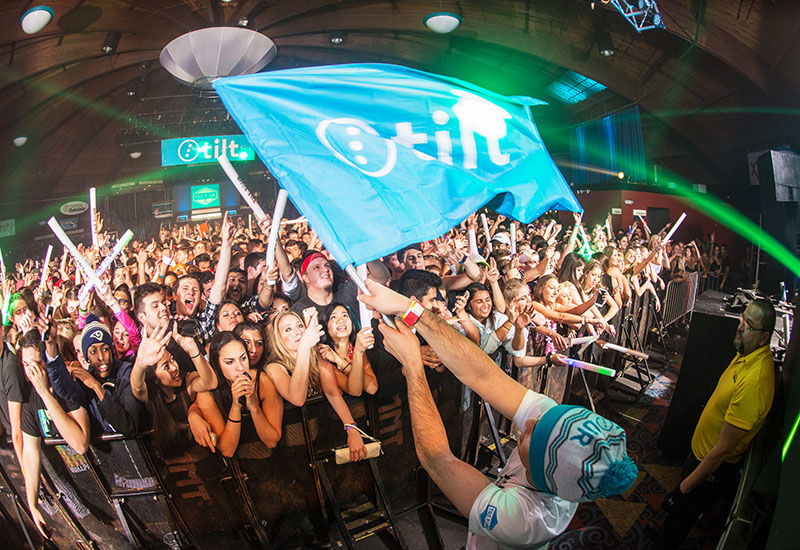 Crowd-funding platform Tilt leveraged the power of the people this winter with the first-ever fan-sourced concert tour. The brand collaborated with electronic dance music (EDM) duo The Chainsmokers to develop an itinerary that steered away from traditional tour stops and, instead, focused on demand.

Since its launch in 2012, Tilt’s platform has gained plenty of traction, particularly with millennials. With that in mind, the brand established a call to action in November on Instagram, Facebook and Twitter that challenged 96 colleges to pre-sell tickets to a Chainsmokers show at their respective campuses. The first six schools to pre-sell 800 tickets using Tilt’s website or smartphone app would earn a stop on the act’s winter tour, which is underway.

Just two hours after the contest kicked off, more than 4,800 tickets had already been pre-sold across six college campuses, including the University of Connecticut, where students achieved the goal in a mere 30 minutes. As for the losing schools, the only real loss was the chance to see The Chainsmokers perform at their schools. The credit cards of those who didn’t achieve the goal were never charged, as is the case with all of Tilt’s crowd-funding projects.

“We have a platform that’s flexible,” says Grace Lee, head of business development and sponsorships at Tilt. “Music is only one example of where artists are able to deeply engage with their community… If you take any product creator, instead of just going and doing the product design based on the feedback they might get secondhand from the marketplace, they can really engage their customers and ask them ‘which one would you want to buy?’ And I think that’s what’s really powerful—taking your customer insight and translating it into something real.” Agency: NVE, Los Angeles. 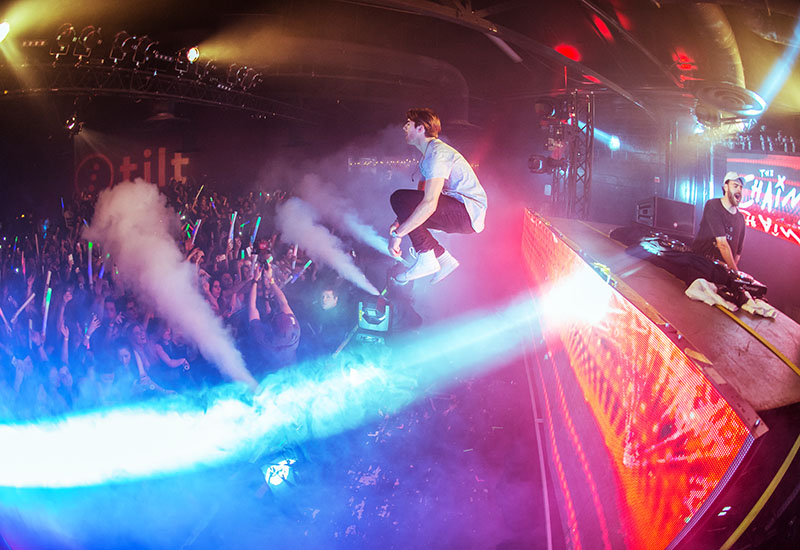 EDM duo The Chainsmokers put on a show during the fan-sourced Tilt Tour.