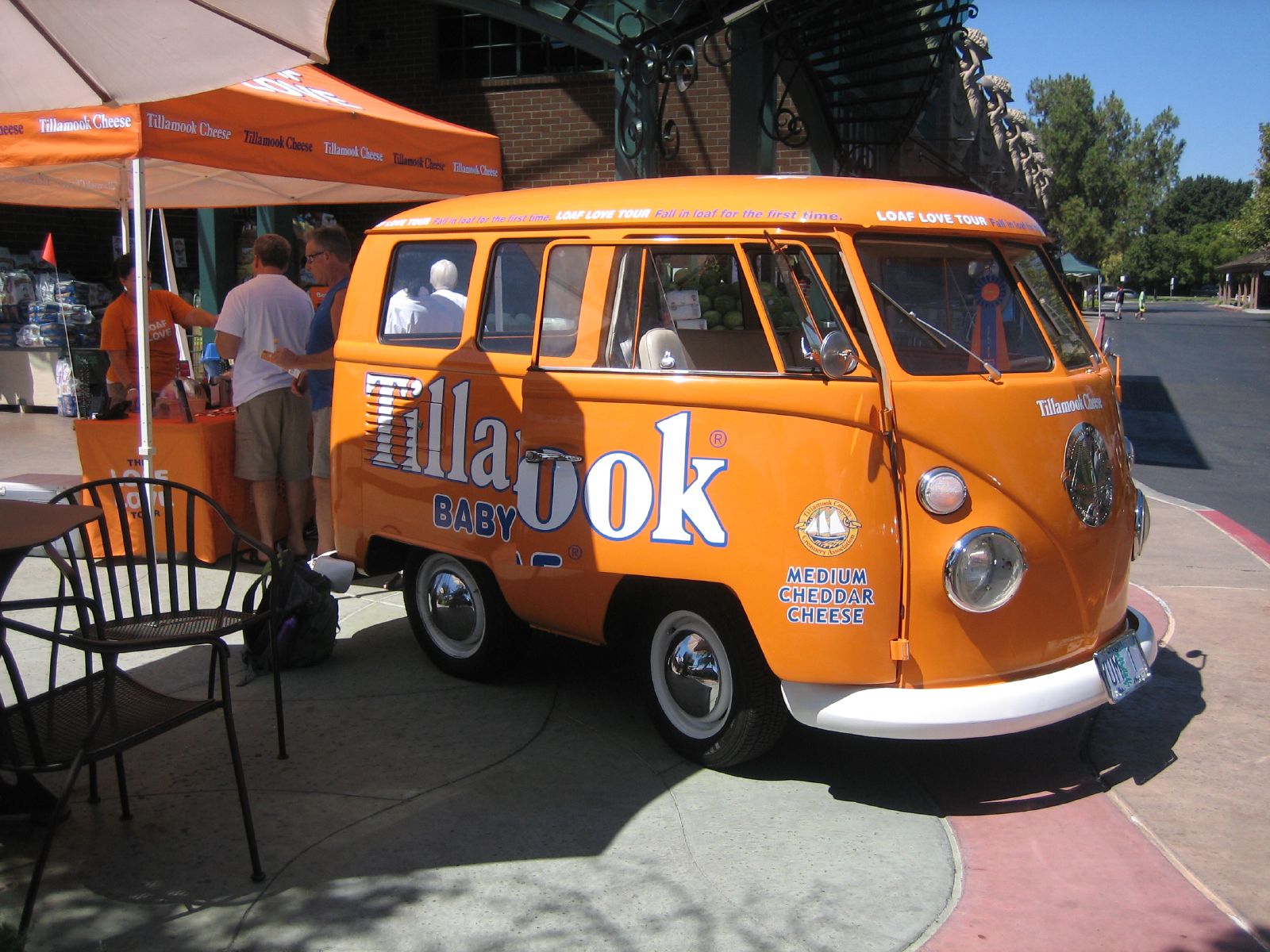 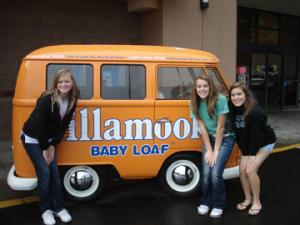 Tillamook’s cheese sampling Loaf Love Tour is hitting the road again this year on Jan. 29 with a fifth addition to its fleet of branded VW buses that have been refurbished to look like a loaf of its cheddar cheese. The newest addition, a convertible bus named the “Loafster” by Facebook fans, has become the centerpiece of the tour with appearances scheduled for morning shows in select markets. Like the other buses, this 1960 VW bus has been shortened by four feet, and lowered by one foot and refurbished as a replica of Tillamook’s baby cheddar cheese loaf. The new strategy for this tour is to hit fewer markets but stay longer in each one, about six to 10 weeks.
“What we’ve learned from our experience in 2010 is that the longer we would spend in each market, the longer the spirit of loaf love really connected with all of our audiences,” Mary Cecchini, brand communications manager at Tillamook, told Buzz. “We want to increase the relationship we have with customers around the country and we want to position Tillamook as a brand leader in the cheese market in each of these markets, increase p.r. and visibility.”
The brand has beefed up its tour staff to include mechanics well versed on VW buses, bloggers and photographers who are comfortable communicating Tillamook’s story on their social media networks. It has also honed in on events that are near and dear to its customer base, like the Grilled Cheese Invitational in Los Angeles where it will be a title sponsor. The brand has also invested heavily in TV advertisements in each market to complement the tour when it comes to town.
This year, three of the baby buses are traveling in a transparent enclosure atop a branded trailer called the “Daddy Loaf,” while the other two will stay in the Portland, Seattle and Boise area to interact with loyal Tillamook fans at local events. The other three are making stops at grocery stores, farmers markets and a mix of community events in Denver, Phoenix, L.A., Sacramento, Salt Lake City and the greater bay area through the first week in October. At each location Tillamook will set up its Love Loaf Lounge and a sampling tent where customers can taste the cheese and grab coupons and recipes. Kiosks will be available to sign up for the Tillamook fan club. The tour is also making stops at Tillamook retailers’ headquarters and providing staff with grilled cheese sandwiches for lunch. In addition to a Tillamook mobile app that allows tour fans to share calendar notes, the brand is also revamping tillamook.com. Agency: Henry V, Portland, OR.