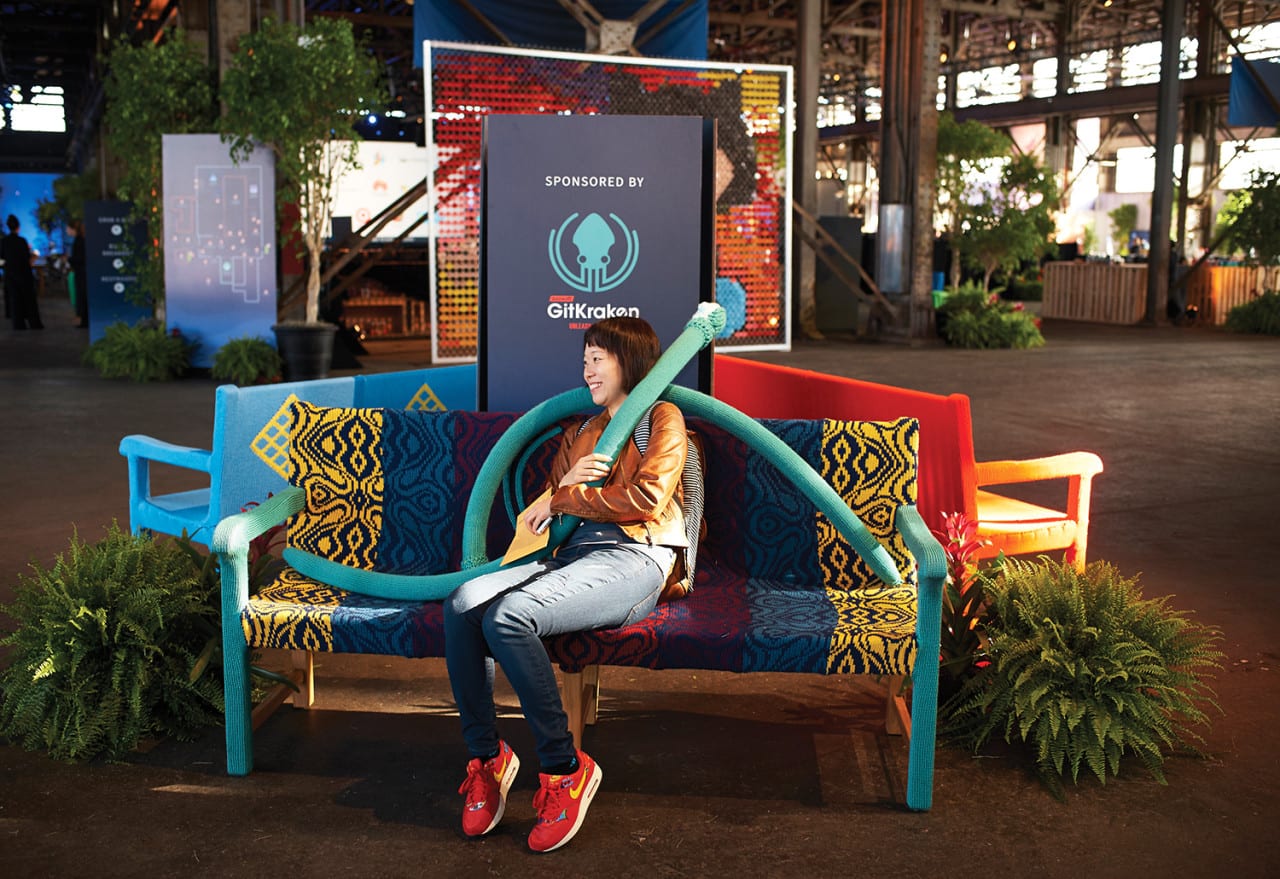 Inside the Unconference: Lessons From Three Offbeat B-to-B Events

If you’ve ever attended a session taught by a cowboy poet around a campfire, spent hours affixing stickers to a crowdsourced art installation or pitched a session with a Post-it note, then you’ve probably been to an unconference. While not a new category of b-to-b events, it’s a growing one fueled, in part, by a younger b-to-b attendee demographic craving hands-on learning, ample networking opportunities and above all else, anything but a ballroom.

We tracked down the organizers of three offbeat b-to-b events to learn about their event models and see how marketers might incorporate some of these principles into traditional conferences. Ahead, some fresh ideas for rethinking your format to encourage more organic sharing and deeper discussion.

Bringing the Outdoors… Out 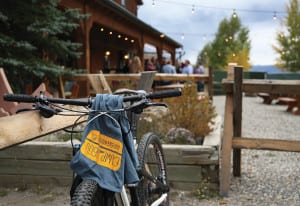 At Camp 9600, a typical day begins with a breakfast session followed by an outdoor adventure.

And we begin at high altitude in Breckenridge, CO, where the inaugural Camp 9600 (named for the elevation) took place in September. The Breckenridge Tourism Office organizes the two-day marketing and storytelling conference for folks in the travel industry, which is supported by local sponsors. An intimate event that helps attract business to the area during the offseason, about 175 marketers typically attend.

Camp 9600 takes place on the Breckenridge Creative Arts campus, which has a mix of new and old structures like a converted horse barn, but there are by no means boundaries on how attendees and speakers interact. A typical day begins with a breakfast session followed by an outdoor adventure. Hikes and bike rides are built into the agenda, where attendees can network, collaborate and have discussions about what they learned that morning on the trail. Speakers may opt for an unconventional setting for their sessions—one this past year, a speaker hosted a small group session on a fly-fishing excursion. And then there was that aforementioned campfire cowboy poet.

On the night of the last day, attendees gather for the Closing Ceremony, a cocktail party where they’re encouraged to stand up and tell their story, or share what they learned. Some tell their stories on video while others share it in pictures on an Instagram gallery. The best story wins a Camper of the Year-style award.

“It’d be pretty easy to get the best presenters with the best content and have them stand up and do presentations one right after the other, but I just don’t think that makes deep connections for attendees,” says Scott Fortner, director-marketing at Breckenridge Tourism Office. “We’re trying to share good information and do it using the outdoors to break down barriers in what you might find in a stuffy meeting room space. Speakers are a little more willing to give away their secret sauce than they would otherwise.” 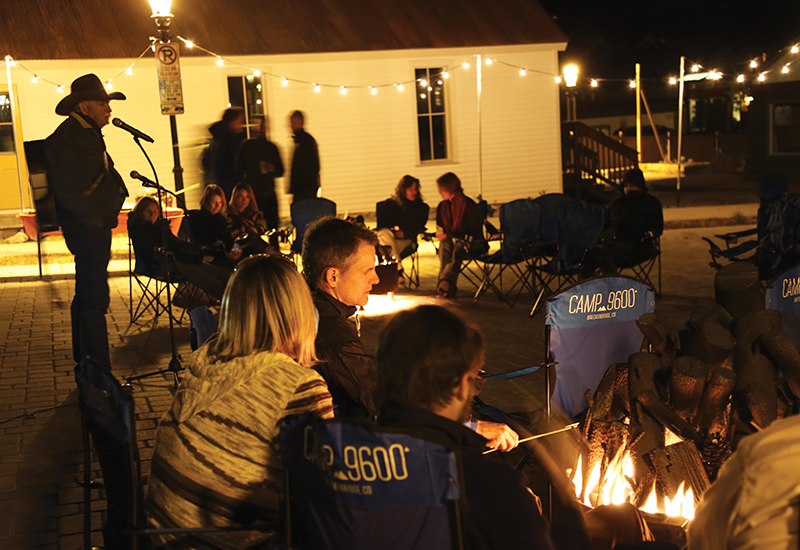 At the Breckenridge Tourism Office’s inaugural Camp 9600 conference, one session was led by a cowboy poet around a campfire.

Software collaboration community GitHub over two days this past October put on its first user conference, GitHub Universe. The goal: an experience that included a “palpable sense of community and an organic element of surprise and delight,” says Kelsey Schimmelman, event producer at the company. Something like Burning Man meets high-tech.

Despite it being a tech conference, the two-day event was plenty analog, like the artist creating a live installation of the “Octocat” (GitHub’s logo), and the Obliteration Room—an all-white lounge containing rolls of stickers for attendees to pluck and stick. A key insight, however, was in how GitHub incorporated its sponsors. Rather than offer them the expected booth space in an exhibitor area, the brand wove the sponsors into art installations attendees could interact with. The brand hired knitters to come in and “yarn bomb” three difference picnic benches with images of the sponsor logos. One of the sponsors was Waffle.io, so the knitters transformed a bench with waffle patterns. Another was Target, whose bench featured its signature bull’s eye.

“The end result was a place where people felt immersed and inspired to have conversations with others passionate about working together to build great software,” Schimmelman says. 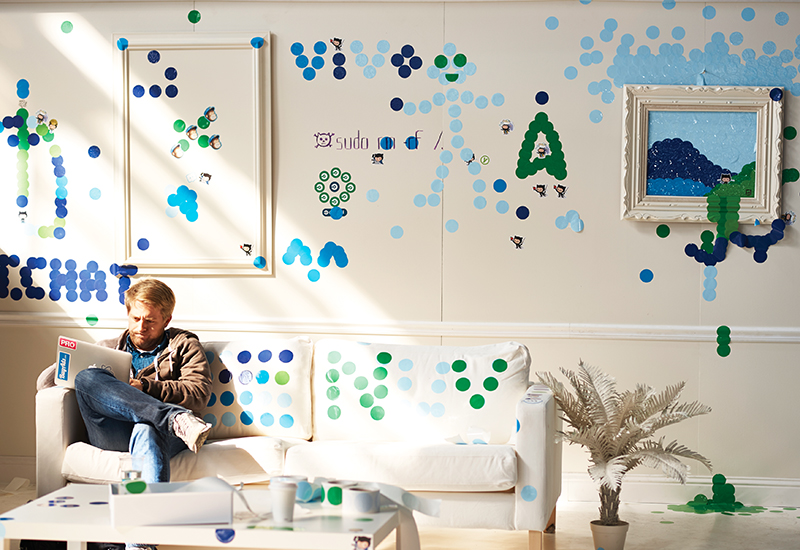 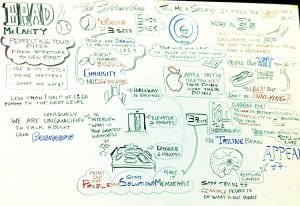 BarCamp events leave the agenda and the presentations up to the attendees, who vie for speaking slots via sticky notes.

Imagine organizing a conference where on the day of, you still aren’t sure what is going to be presented. That’s the beauty of BarCamp, an unconference model that began in San Francisco for the programming community but now transcends industries from real estate to health care. It’s an open workshop, where anyone can speak. For this story, we settled on BarCamp Nashville, which has had a regular presence for close to a decade. Attendance averages 300, but it has peaked at 600.

BarCamp Nashville regularly adjusts its rules, but it essentially functions like this: attendees arrive the first day to gather around a whiteboard, pitch their session on a sticky note and claim their spot. Moderators may weed out repeat sessions. Speakers will join forces and co-present. Sometimes, sessions are pitched ahead of time and attendees vote on them on-site, in real-time. There are no slides; just a quick introduction and an open dialogue format.

“The beauty of this type of event is that it’s a community growing itself with networking, learning and sharing at a peer level,” says Chuck Bryant, a product strategist and longtime adviser to BarCamp Nashville. “The audience tends to be very supportive and willing to engage even if you’re not the most knowledgeable person in the room. You draw out those people who are the experts and have them contribute to your session, and it benefits everyone.”

Attendees are in control of their destinies, invited to shift and move about to make sure they’re not wasting their time on a session that doesn’t meet their expectations or isn’t going where they’d like. “We have a saying called the ‘Law of Two Feet’ that I think most BarCamps have, and the idea is that you’re free to get up and leave and go to a different session and no one should feel offended by that,” Bryant says.

If a session is doing really well but time has run out, participants are simply asked to “take it outside” and continue the discussion. Because no unconference attendee ever wants to be stuck inside. 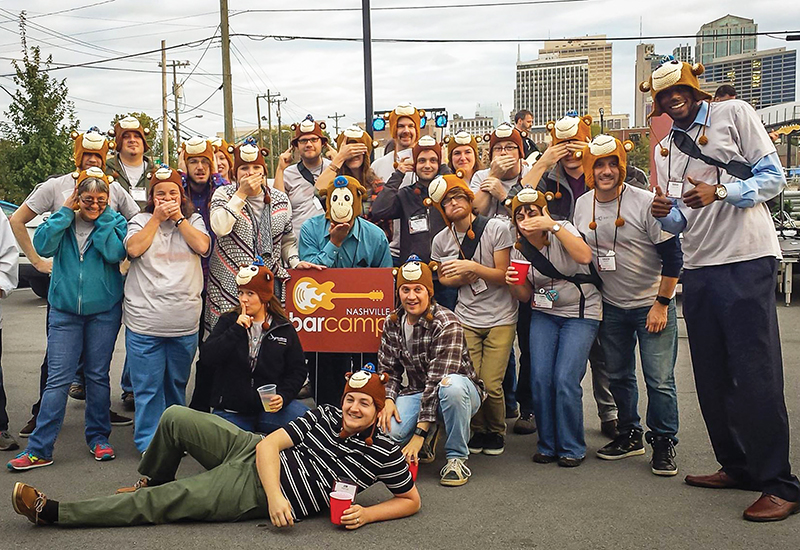 BarCamp is an unconference model that began in San Francisco for the programming community but now transcends industries from real estate to health care.