Why Big Brands are Turning to Satellite Events – Event Marketer 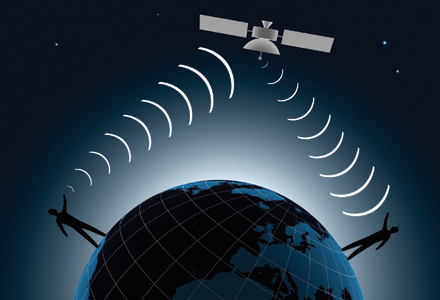 Why Big Brands are Turning to Satellite Events

Whoever said that necessity is the mother of invention must have worked in marketing.

Where else would you be tasked with driving profits and promoting new products in the wake of one of the worst economic crashes in history? Nowhere was this spirit of invention in the face of adversity more apparent than in the world of virtual events, where event marketers discovered they could reach just as many consumers as they could with live events, but at a fraction of the cost. But it wasn’t the only industry-changing innovation to rise from the ashes. A new breed of hybrid events also has come on the scene and is filled with so much potential, it’s taking on a life of its own.

They’re called satellite events—small-scale, regionalized live events where brands invite customers to meet face-to-face and experience a mix of live and virtual event content like keynotes and educational sessions in real time. If potential customers and attendees can’t make the big event in Vegas, or would enjoy the company of their peers while watching a  virtual event on the big screen, a satellite event may be just the answer. These remote events are getting so popular that hotel chains like Hilton and restaurants like Ruth’s Chris Steakhouse are turning their traditional conference rooms into high-tech broadcast centers.

Like many companies that decided in 2009 to take their live events virtual because attendees couldn’t afford to travel, IT services provider Planview Horizons incorporated the satellite events approach into its annual user conference. The company provided drinks and snacks for attendees who decided to get together at a local venue to tune into the event virtually as a group.

“We weren’t going to throw just a virtual event, we were going to throw a virtual version of our in-person user conference,” says Kimberly Stone, manager of web and creative services at Planview. “We had offline aspects to it that we normally associate with a physical conference.” For instance, Planview mailed its attendees all of the goodies they would normally get at the live event, including their program guides and t-shirts.

Also in 2009, Cisco Systems traded in live for virtual, making its annual Global Sales Experience meeting one of the industry’s largest virtual events of the year. This year it returned to the live space with satellite groups from all over the world tuning in virtually. The company treated its top performers to a Saturday Night Live-style variety show in its San Jose, CA, headquarters featuring Steve Martin and Joss Stone. Martin did a live show for one hemisphere and taped for another; Stone did the same for an opposite slot with live opening remarks from Cisco’s ceo John Chambers. The rest of the sales force tuned into the event virtually from about 168 offices, including locations in Bangalore, Beijing, London, Raleigh, NC, and Singapore.

Michael Doyle, executive director of the Virtual Edge Institute, which helps educate event planners and producers on virtual technology, points out that one of the biggest opportunities with satellite events, or “connected events” as he calls them, relates to reaching customers in different time zones. “What companies are finding, including Cisco, is that they can follow the sun with these connected events by hosting a local program, but then also bring in the central program by using the virtual technology,” he explains. “What’s driving it is not just the desire to meet face-to-face, but also to be able to serve people in other time zones in a more effective manner.” So, he says, instead of companies always scheduling their keynote addresses for the morning, they’re scheduling it so that the most time zones can watch it during prime time.  EM