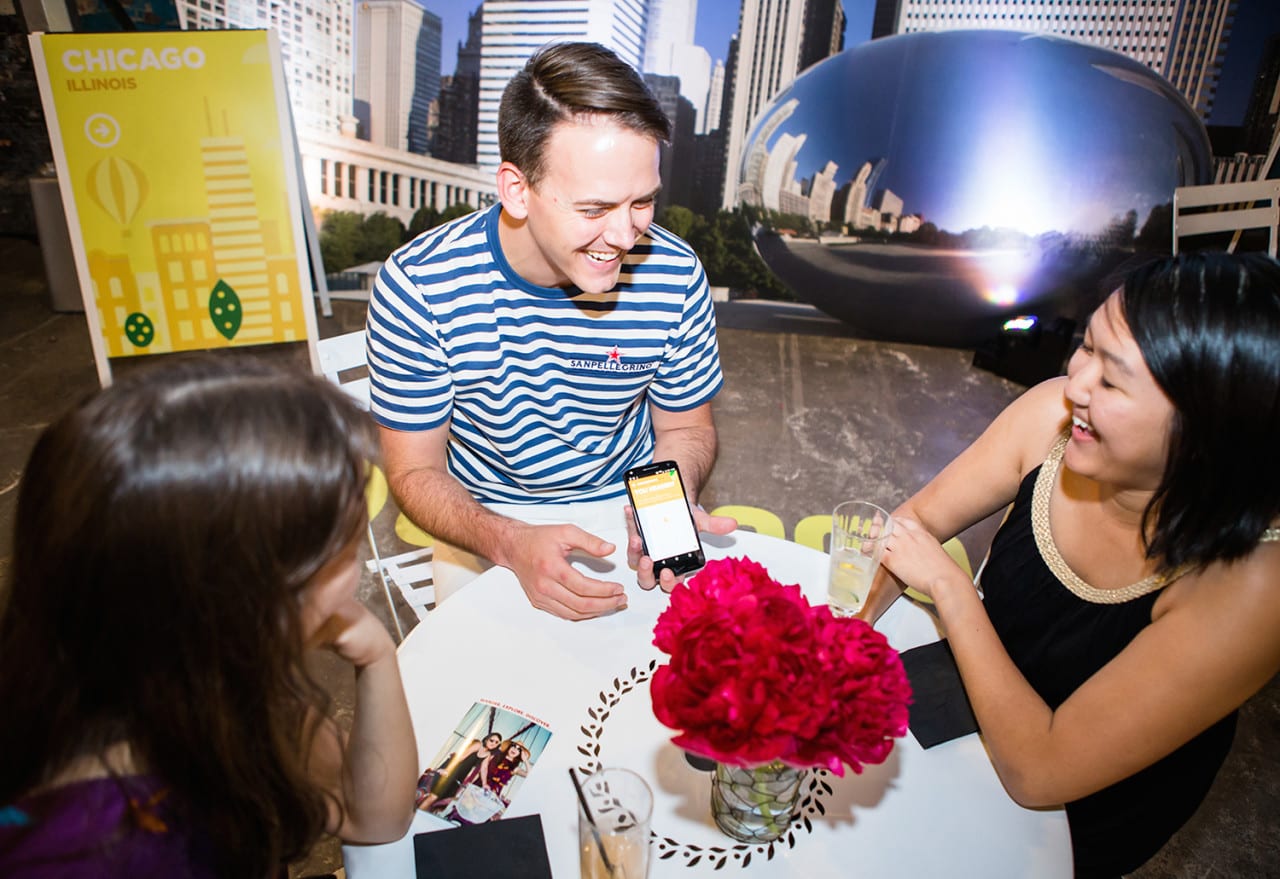 Sanpellegrino Reinforces the Joy of Wandering ‘the Italian Way’

Sanpellegrino, the Italian sparkling fruit beverage brand, on June 14 held a launch event in New York City for media and influencers to drive trial and awareness for its new mobile app, Delightways. Actress Shay Mitchell who attended the event will support the launch via her social platforms using the hashtags #delightways and #lifedeliziosa throughout the summer. Free bike share weekends in New York City, Chicago and San Francisco also promote the app.

Delightways, developed in partnership with Foursquare, takes its users on interactive journeys through their favorite cities, helping them rediscover the joy of wandering “the Italian way,” with stops at art installations, gardens, specialty cafes, food trucks and local boutiques. The app brings to life Sanpellegrino’s The Life Deliziosa global marketing campaign, which debuted last year, and depicts the joy one can discover by taking in life’s special moments, along with a sip of sparkling Sanpellegrino.

Held at Industria Superstudio in Manhattan’s Meatpacking District, the launch event replicated the experience users would have when using the app with vignettes of New York City, Chicago and San Francisco, along with bites and experiences inspired by each city. For San Francisco, a candy bar offered treats from the city’s renowned Miette patisserie, along with a dj. The Chicago vignette featured a photo op for sharing on social media, along with chili dogs, which are popular in that city. New York City was depicted in gritty street signs and wild wall postings, along with samples of mini cannolis from La Bella Ferrara and traditional dumplings. To facilitate their wanderings, attendees received a free pair of Soludos espadrilles.

Through a partnership with bike sharing service Motivate, Sanpellegrino sponsored free weekend bike rentals in New York and has additional weekends planned for San Francisco and Chicago. Users were driven to a microsite to get a promo code to redeem the free ride, which they entered at bike share kiosks across the city, then hopefully were compelled to use the app to explore on two wheels.

“It’s hard for people to understand what the app does if they’ve never used it, so these experiences are how we are bringing the app and its functionality to life, along with the joy that comes from wandering,” says Adaora Ugokwe, senior marketing manager-events and p.r. at Sanpellegrino. Agency: TH Productions, New York City.