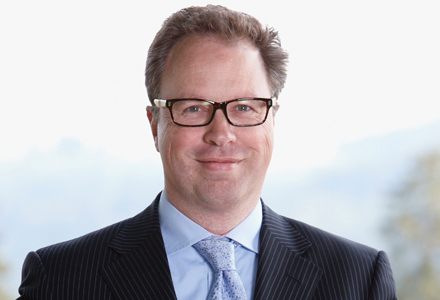 Ruud Janssen has a background in marketing in the hospitality, meetings and events industry and is the founder and owner of The New Objective Collective, which counsels organizations on using live and digital strategies as part of their event programs. He’s a partner with The Event ROI Institute, and hosted Event ROI Week in London last month. Janssen is also an accredited trainer for MPI Global Training+. Here, he talks about social media-driven ROI at events and offers six ways to get a social media plan in place.

EM: What first steps should event marketers take to begin using social media as an ROI generating tool?
RJ: The most important thing is to make sure that the objectives for the use of social media are being set first. It becomes interesting when you’re looking at the stakeholder, because that’s a core component of being able to measure ROI. As a participant at an event or as a speaker, you can use the digital traction that you’re getting on social media channels to see if you’re achieving your objectives. It’s identifying the types of key personal indicators you can put in place in order to measure a certain performance component of a channel. For example, if you’re talking about the starter set there could be something like the Twitter profile, the Facebook page or the LinkedIn profile. You have to identify specifically there what the risk levels are, what the benefits are to the individual, to the organization and what resources are needed. For Twitter it can be the amount of mentions, followers or list inclusions. That would be a basic level of doing that.

EM: What are some of the biggest challenges in social media measurement?
RJ: How to figure out what social spaces your audience uses. They can look at Forrester’s Social Technographics, which in 2009 compiled a number of criteria to create profiles of customers and the way they’re using social computing day-to-day activities. There’s a widget there that you can use to build a sample profile of an audience and have an idea what age group they’re in, countries of origin, what gender and it provides an index of types of use they have for social media. I believe that event professionals need to be ahead of the pack to understand this first so they know how to apply it to their events. I think some of the very connected events for brands like Cisco and SAP, they’ll probably be stimulating their audience even more because they can do a forceful push to say this is our channel of communications so use it, but others may have less of a choice to do that and it’ll depend on where people are and what they’re comfortable using.

EM: With social media at events, is less sometimes more?
RJ: Absolutely. Having stage presence on all the channels is probably the core concern of all of the organizations right now. It’s a matter of claiming your space at first and then deciding where you are going to put the effort of collecting and curating relevant content. Right now I think it’s very much about education and about making choices and determining the strategy, setting the objectives on a strategic level. Then creating the tactics. Then there’s a lot of hard work involved not just from some junior social media savvy trainee, but it needs to be embraced by a team of people in the organization as part of the communications strategy.

EM: Social media is great to measure the conversation, but does it really drive business?
RJ: If you take the traditional approach of how consumers find things, for example, searching for a service or a product or searching for an answer to a question via Google, people either go through organic searches or  maybe paid ads that would then be directed to websites or maybe microsites. Now the positioning of those websites are heavily influenced by how active they are on social media. This helps the content that’s shared on the website to be ranked higher and found more easily at the end of the day to drive business results. What organizations want to do is convert the attention for a service into an action, so people would need to download the e-book or subscribe to podcasts, grab the white paper or download a free app. Then they want to connect to the brand somehow which could be subscribing to email or “liking” things on Facebook, or following the organization on Twitter, which ultimately will go to the next level of trust. Then they’ll contact them for actual services. You might lose a customer if you don’t react, but you may retain or turn them into an advocate if you do react very quickly and the competitor’s not doing it this way, which may lead to renewals, purchases and donations that drive business results.

EM: Do you think Twitter is the kind of tool that works well at all types of events?
RJ: It’s grasped the whole space that the Google search format has not been able to capture, because it’s so instant, and I think that’s what makes it so exciting for events because it’s near real time. It doesn’t have the delay of three or four hours of indexing that Google has. It’s even more direct than Facebook, which tries to combine a couple of things there, and with Google+ onboard with new functionalities, we’re just at the beginning of this.

EM: What kind of team should be in place to employ social media successfully?
RJ: You need a multidisciplinary team to take it on. I compare it to something like security. You will probably have one chief security officer that makes sure the sprinkler system works and the fire brigade is in order, but at the end of the day security is the responsibility of everybody involved. You can’t put the onus on just one person. I think an organization needs to make sure that they have some kind of social media certification or at least a policy in place; it’s like having a license to drive a car. Once you have the team in place, it’s about creating a dashboard so everyone is in sync.

EM: How should the voice of these teams develop for the social media conversation?
RJ: The art of asking questions online is the thing that’s going to save you time. The first three or five years when you’re building your social media presence you can have the overwhelming feeling that it’s consuming a lot of time. By asking the right people questions or asking questions at large, people are very much willing to bring you the solutions and the answers without you spending a lot of time looking for them. Then you come past this pivot point of time investment against the rewards that you’re getting by just having that presence and you notice that the influence of the individual that may be connected to an organization can have quite an impact on quickly disseminating the information that’s relevant and timely. EM