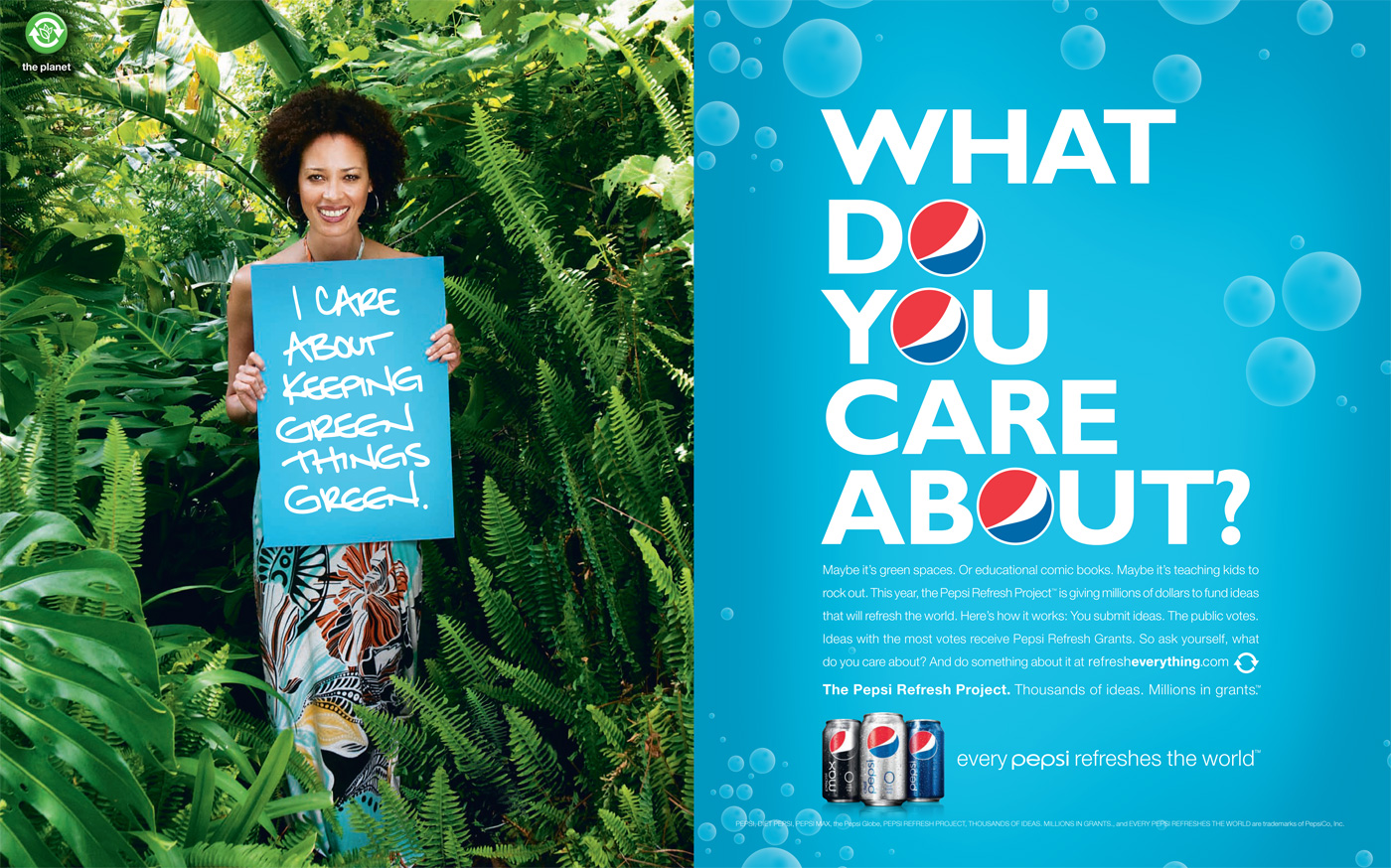 LAUNCHING BRANDS IS TOUGH. Changing brands especially beloved 100-year-old-brands is even tougher. Witness the recent debacle that unfolded when Tropicana redesigned its orange juice packaging. After weeks of consumer outcry the brand dumped the new look and went back to the original carton that featured the iconic orange with the straw in it.

To help ease the sometimes rocky transition from old logo to new Pepsi this year kicked off its Refresh Everything campaign by engaging crowds at a series of annual consumer events known for ushering out the old and welcoming in the new: New Year’s Eve Inauguration Day and the Super Bowl. “With certain mediums like TV we were able to draw broadscale awareness but we wanted other mediums like experiential marketing to really drive deep consumer engagement and at the same time create some buzz if we did the events right ” says Chris Hollander director-marketing at Pepsi.

Check out how the soda giant rode the momentum of some of the biggest live events of the year to win fans over with its new look and feel (Agencies: Vivid Marketing Atlanta and Chiat Los Angeles).

NEW YEAR’S EVE
Street teams kicked off the brand’s Refresh Everything campaign on Dec. 27 by hitting the streets of New York City to hand out buttons noisemakers and other branded premiums. Next Pepsi started taking over Times Square billboards featuring its new logo on the curvilinear “Good Morning America” LED Super- Sign on Dec. 28 the Toys ‘R Us billboard on Dec. 29 and six more screens between Dec. 28 and Dec. 31.

From noon to 4 p.m. on New Year’s Eve consumers were invited to stop by a Pepsi pop-up shop in Times Square Studios the home of “Good Morning America ” to grab a branded scarf and other swag pose for a snapshot and write down messages of hope for the New Year. Many pictures and messages were selected for broadcast on the GMA SuperSign; all were made available for download from the campaign’s site refresheverything.com. Consumers at home and in Times Square could also text wishes to appear on the MTV crawl throughout MTV’s New Year’s shows or on MTV’s HD Times Square Screen.

At four minutes to midnight and to the tune of John Lennon’s “Imagine ” Pepsi released roughly 1 000 plastic pink yellow and blue balloons that featured the new Pepsi logo. The balloons had printed messages on them that read “Happy 2009 ” “Joy ” “Hope” and “Optimism.” The balloons which floated down from two sixth-story balconies played up the idea that Pepsi was carbonating the New Year’s Eve celebration.

“We chose Times Square during New Year’s Eve because there’s really no bigger audience you can get at that point in any one place to drive home your message of change hope and optimism ” says Hollander. “It was a natural connection there and we had a chance to reach out to a million people on the ground not to mention all the folks that were able to watch our exploits through our partnership with MTV’s New Year’s Eve program.”

INAUGURATION DAY
One week prior to Inauguration Day Pepsi created a street and digital campaign called Dear Mr. President. The idea was to collect photo and video letters to send to President Obama once he took office. Street teams (100 people on the ground in Washington D.C.) urged folks to share their hopes for 2009 with the president. People could also create videos and upload them to refresheverything.com. The street teams handed out scarves (oh-so appropriate for the bitter cold January temperatures) branded with words of hope and optimism. The scarves are still floating around on eBay.

“An experiential tactic really allowed us to get this one-on-one consumer interaction that’s a little tough to do with other mediums and because our message resonated so strongly with consumers at a pivotal point of change in their lives around New Year’s Eve as well as Inauguration for that matter we could create a much more lasting impression than other mediums allow us to do ” Hollander says.

SUPER BOWL XLII
This February Pepsi wrapped up the first phase of its Refresh Everything campaign at the Super Bowl. At the pre-game NFL Experience the brand activated the Refresh Zone where an emcee invited fans to play Pepsi Trivia participate in Flick Football games and compete in an online video contest called the Touchdown Celebration. The competition challenged fans to “refresh” their end zone dance for the chance to win an all-expenses paid trip to the Pro Bowl in Hawaii. Videos of attendees busting a move were recorded and projected on a nine-foot-by-12- foot plasma screen. The videos were then uploaded to refresheverything.com. Finalists were selected on-site by a celebrity panel and with help from the crowd’s cheers.

Leading up to the event Pepsi commissioned 12 artists to “refresh” the NFL football. The reinterpreted footballs were displayed at the Refresh Zone and will be auctioned off online for charity. Thanks to Pepsi’s live efforts the response to the rebranding effort appears to be strong. “Because our experiential marketing broke through a lot of the clutter we believe that the creative tactics we chose certainly drove a great deal of buzz online and offline ” says Hollander. Now that’s refreshing!