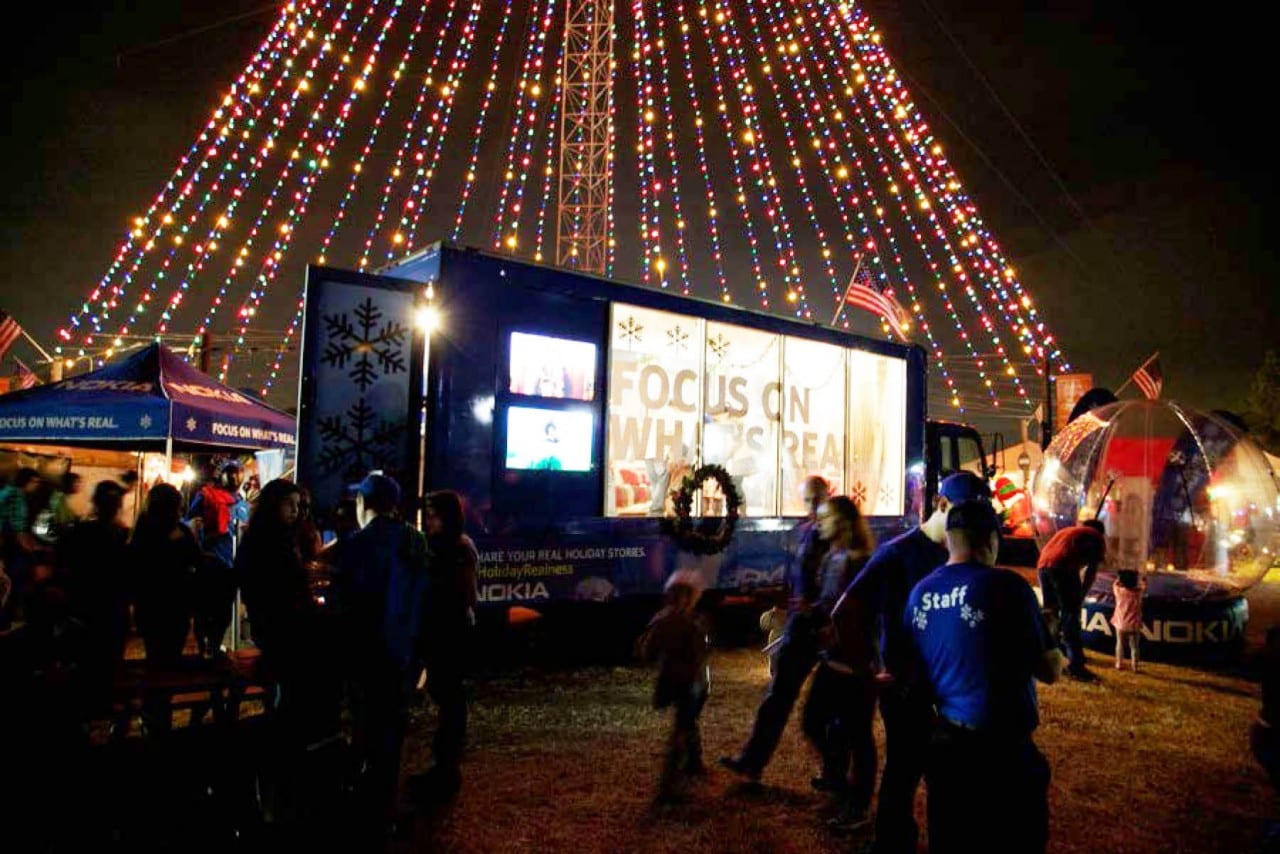 Nokia Gets ‘Real’ with Holiday Shoppers 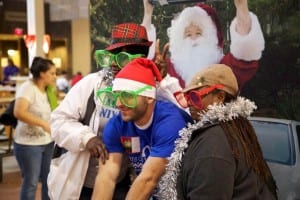 Surfing Santas catching waves, “extreme” carolers bestowing seasonal cheer on neighborhoods in the middle of the night, a canine Christmas—not all holidays consist of the nuclear family sipping eggnog as Bing Crosby croons in the background. And that was just the idea behind Nokia’s holiday season “Focus on What’s Real” digital campaign and corresponding experiential tour, which used these stories of real-life consumer holiday traditions as inspiration.

The tour, designed to get consumers demoing devices during the hustle of the shopping season, kicked off just before Black Friday on Nov. 29 and wrapped Dec. 29. It targeted malls in five markets, including Jersey City, NJ, Schaumburg, IL, Grapevine, Texas, Lakewood, CO, and Arlington, VA, as well as four outdoor markets—Atlanta, San Francisco, Kemah, Texas, and Los Angeles—with a designated truck and teams for each.

On the road, four custom-built box trucks with glass windows and mounted display screens stopped at popular high-traffic locations like skating rinks and tree-lighting ceremonies, drawing consumers to the footprint with a life-size inflatable snow globe. Much like a “money machine,” consumers were invited to step inside and grab snowflakes that corresponded with different giveaways, from ugly Christmas-sweater t-shirts to charging sticks to Starbucks gift cards.

For the mall experiences (as well as the outdoor experiences), consumers created personalized gift tags of their photo against an atypical Christmas card backdrop that featured scenes from non-fiction films created by Green Dot Films for the digital campaign promoted via hashtag #holidayrealness. The film series, directed by Sundance award-winning documentary filmmaker Jeff Feuerzeig, told the stories of three groups of consumers celebrating the holidays in non-traditional ways.

Also on-site, two demo stations offered insights into the picture-taking capabilities of the Nokia Lumia mobile devices. The first featured a small snow globe-like installation containing intricate winter scenes, and for the second, consumers were challenged to snap photos of a low-light scenario display and compare their device to a Nokia Lumia device.

“We wanted to do this in a fun way rather than what often can become a pushy demo that you might see in the mall,” Tejal Patel, head of consumer engagement at Nokia, told Buzz. “People were stopping for eight, 10 minutes—that’s a lot of time.” Agency: Geometry, Atlanta and San Francisco.