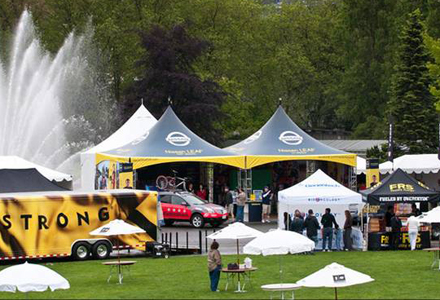 To introduce the world to its new all-electric vehicle, the Nissan LEAF, the brand is rebooting its four-year partnership with Rodale Inc. and hitting the road to visit 18 high-performance sporting events, including, for the first time, the Boston and New York Marathons and the Tour of California bicycle race.

The brand is in search of consumers with active lifestyles who are interested in personal fitness, health and, naturally, protecting the environment. Nissan is pulling out all the stops with its “Master the Shift” campaign, which began in April and will continue until April 2011, to demonstrate the brand’s authenticity in the space. The campaign and tour features appearances by three “Masters” including Ryan Hall, Olympic distance runner and American record holder; Tara Stiles, founder of Strala yoga, model and yoga activist; and bicycling legend Lance Armstrong. Each Master will help athletes and consumers get into better shape and learn about the LEAF along the way.

The vehicle won’t be released commercially until December and there are limited show models, so at each racing event, the brand will have either a Leaf vehicle present for consumers to check out, or a set of five video kiosks to show off the car’s features. At the kiosks, consumers enter demographic data and indicate their interest in the vehicle and then build their own virtual LEAFs, which they can take home on a flash drive. Nissan is also taking pre-orders for the vehicle and they have 16,000 spoken for so far, though not all of those are from the campaign.

The brand is hitting cyberspace, too, with the “Master the Shift” Facebook fan page, which delivers content about the cycling and running events and disseminates the Masters’ real-time micro-blogging from events, documentary footage, how-to videos, insider training tips, photos and blog posts. Some of the content will come from each athlete’s entourage of coaches, trainers and nutritionists.

“These people who do big-time cycling and running events make a long-term commitment to them, so we have to be ready to talk to them on a long-term, ongoing basis,” J. Schaffer, promotions manager at Nissan, told Buzz. “We’ve got a big job in showing how the LEAF works with consumers’ lifestyles, so we’re bringing the car to life for them with interactive video kiosks and by bringing the vehicle out whenever we can.”