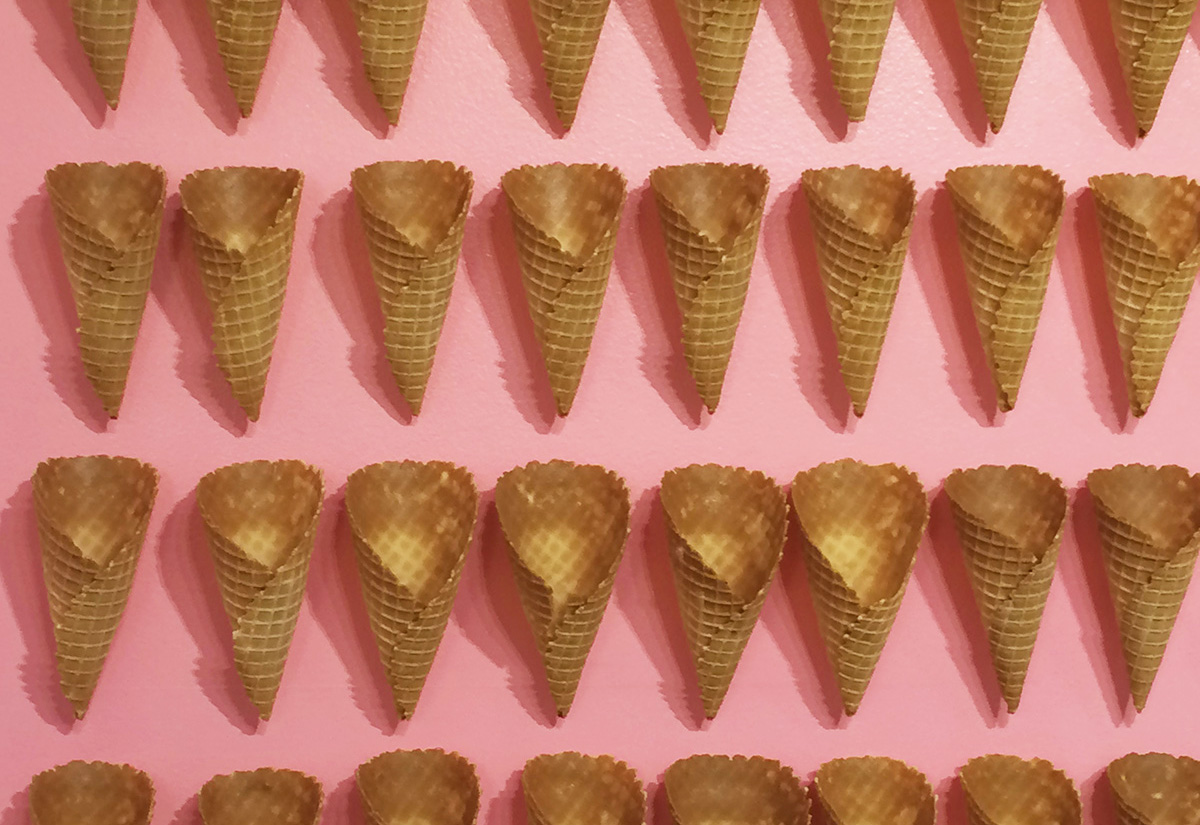 In a refreshing example of how museums have evolved from “see and listen” experiences to ones that are highly immersive, the Museum of Ice Cream this summer left consumers in the New York Metropolitan area salivating. Dubbed a hotter ticket than Broadway’s “Hamilton,” the sold-out experience ($18 per ticket) on Gansevoort Street in the Meatpacking District was the brainchild of co-founder Maryellis Bunn, a creative strategist by trade, who activated a childhood dream.

Open July 29 through Sept. 1, the museum from the get-go was about selling an experience to consumers, and the promise of frolics in a “sprinkle pool” certainly helped in that regard. With a savvy p.r. campaign flush with graphics and images of said pool, and a hot August activation strategy, the temporary event, backed by sponsors Tinder and 20th Century Fox, went viral (VentureFuel, New York City, handled).

Reminiscent of some multisensory brand pop-ups we’ve experienced, we wanted to have a look for ourselves to see if it was indeed all for Instagram or whether it offered some tasty lessons in experience design. Turns out, it offered both.

Consumers waited in line outside the space and entered in groups of about 10, receiving an enthusiastic welcome from a brand ambassador before walking up to a welcome desk to receive an ice cream. We had read there would be a local or craft concoction to sample, but on this particular day they served Good Humor (wah-wah). And… we were instructed to finish the ice cream before actually venturing into the museum. Like everyone else, we took a quick bite and tossed it into the trash.

Now this was cool. In a moody little room off the main entrance, visitors were handed a melted sugar balloon filled with helium. As they bit into the balloons, the helium took effect, causing giggles all around. Two beautiful art installations involving cones and lighting got consumers snapping and hash-tagging almost immediately. This was very “Willy Wonka.”

20th Century Fox’s zone promoted the new comedy animation series “Son of Zorn.” Consumers were instructed to scoop out ice cream from a freezer stocked with buckets of some sort of substance that didn’t melt, and add it to a surface to form a huge crowdsourced ice cream sundae. With no toppings, and with the eight or so scoops on the platter at that point in the day, the experience fell a little flat. There were two tablets with headphones for folks to watch clips of the show, but the “what’s behind the next curtain” design of the museum left consumers naturally yearning to move on.

From the scoop room, consumers walked through a dark curtain into the Chocolate Room. On either wall were large screens wrapped on the edges with chocolate-like frames that played animated visuals of chocolate spilling out and filling up the space. In the middle, a giant brown bean bag. On a table in the back, a pile of individually wrapped Dove chocolate pieces. The music was moody, but the space wasn’t quite “immersive.” A VR experience could have worked well here… or a 3D-printed chocolate candy activation. But hey, the on-screen chocolate visuals were quite mesmerizing.

Alas, the museum’s crowning jewel. Through another curtain we suddenly came face-to-face with a friendly brand ambassador overseeing the Sprinkle Pool room. Instead of sprinkles, however, the pool was filled with tiny, colorful plastic beads. Consumers were instructed to remove their shoes and hop in. We’ll admit, we cringed a bit as we sunk our footsies in (how many feet tromped through this pool before me?), but we had to have the “we were there” shot like everyone else. Overall, a few easy upgrades would have further transformed the room: a brand ambassador on a lifeguard stand, and a choreographed photo experience where one-by-one consumers could pose or play alone in the pool.

Down a hallway, we entered a gallery space where a brand ambassador offered up a “flavor-tripping” berry pill. We’ve tried these before and they are seriously cool. You let the naturally-derived substance dissolve in your mouth and what’s supposed to be bitter or sour, is suddenly sugary and sweet. Ice cream cones with a lemon wedge on top were served—the lemon so seemingly sugary, you could bite right into it. We loved the looks on kids’ faces as they went against all of their instincts to take a pill from a stranger.

Aside from ice cream-themed high art in the gallery, there was a cool interactive projection on the wall. By typing in a URL into the browser of your phone, it automatically turned into a paint brush, and you could affect what was on the circular projection by “painting” with it. Kids on the tour loved it, though it was a little funky to get working at first, and it needed to be positioned lower for the kiddos.

In the Tinder-sponsored “playground” space with sky blue walls and turf grass were two installations that also received a ton of press mention: the ice cream sandwich swing and ice cream scooper see-saw. On tablets affixed to the wall, Tinder offered a “swipe right” flavor and toppings selector to determine New York City’s favorite combinations. Tinder and its subdued branding attached itself to one of the cuter and most memorable spaces in the museum.

This experience was a gold mine for Instagram amplification, and the rooms popped under filters. From a sponsorship perspective, the branding was subdued (usually a good thing), but the connection to ice cream itself didn’t quite translate. That being said, the space did go viral, so there was value. From a design perspective, we would have loved to see more co-creator experiences and a touch more technology. In the end, the space took about 40 minutes to explore, but we think another 20 minutes of engagement would have gone a long way for the ticket price.

Gallery: Get a Taste of the Museum of Ice Cream