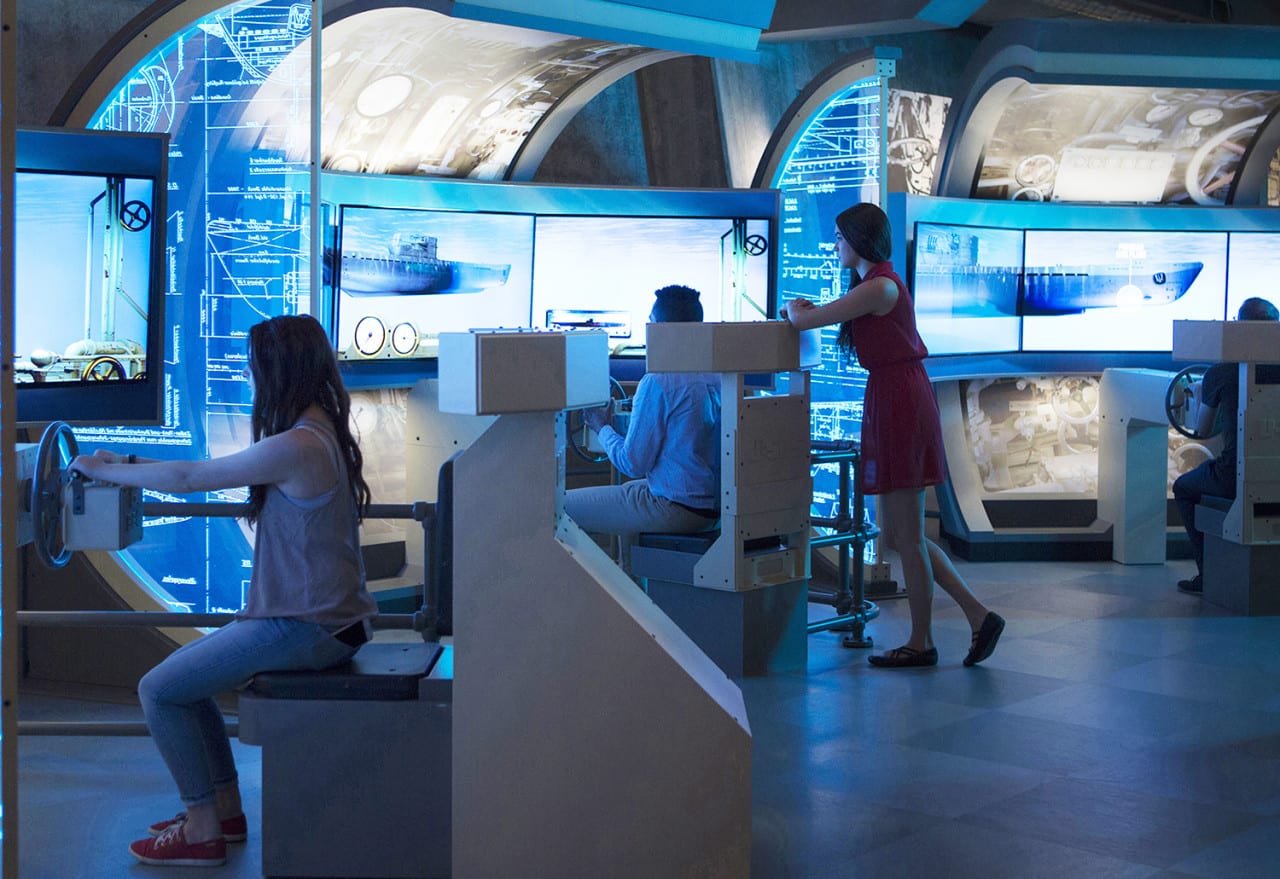 Chicago’s Museum of Science and Industry (MSI) is renowned for its immersive experiences, but with the addition of three high-tech Dive Trainer stations to its famous U-505 submarine exhibit, the museum is making waves like never before.

Even before the interactive stations were added over the fall, the exhibit drew massive crowds. Its centerpiece, a German U-505 submarine that was captured by the U.S. Navy off the coast of Africa in 1944, serves as a rare memento from World War II. Now, with the addition of the dive simulators, the emotional impact of the exhibit can be experienced through modern technology.

At each station, three large screens offering panoramic views, ambient sound and console game-quality graphics bring the experience to life. Visitors begin with a training session on the U-505’s unique physical controls, along with information on the dangers they will face as planesmen (boat drivers), including torpedoes, depth charges and catastrophic water pressure. Participants are then immersed in a rousing mission in which they must avoid capture or destruction as the fate of the sub and its crew rests in their hands.

“The goal is always to create an authentic suspension of disbelief,” says Kurt Haunfelner, vp-exhibits and collections at MSI. “Suspending disbelief means you’re going to drop people into a moment of time. You’re going to drop them into a story and you’re going to try to take them on that journey in a compelling way… When you sit in that seat and you’re surrounded by imagery that takes you under the water and you’re in the midst of this attack sequence and you’re trying to escape, the similarities to what those submariners encountered during the battle for the Atlantic are quite striking.”

Much more than a simple video game, the technological skill needed to bring the dive simulation to life took a village. While MSI developed the original concept and script for the experience, partnerships with Leviathan, Luci Creative and Ravenswood Studio were all critical to the exhibit’s success. Offering visitor training, allowing anticipation to build before attacks began and ensuring participants could attempt to escape destruction—all without feeling rushed—were paramount. In order to deliver on these goals, software development, control system engineering and design, prototyping, 4D audio integration and weeks of test-runs were all a part of the process implemented by the museum and its partners to create an authentic experience for visitors of all ages.

“I think these days, the assumption is that our audience is very tech-savvy,” says Haunfelner. “From a generational point of view, I think you could argue that probably 75 percent of our audience comes here expecting that they’re going to have compelling digital experiences. The Dive Trainer is an example of the museum trying to fulfill that expectation. And it’s not just responding to that expectation; it’s doing it with a degree of realism and authenticity that are consistent with the historical record and with the facts that surrounded the capture of the U-505.” Agencies: Leviathan; Luci Creative, both of Chicago. 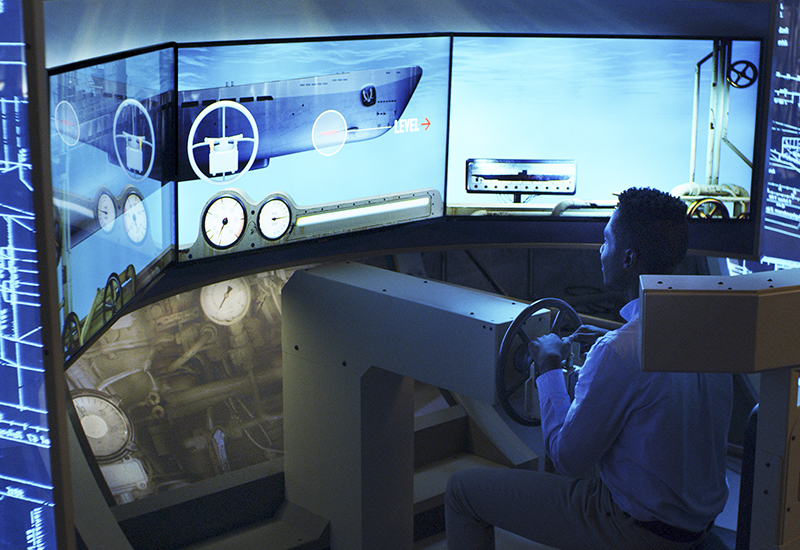