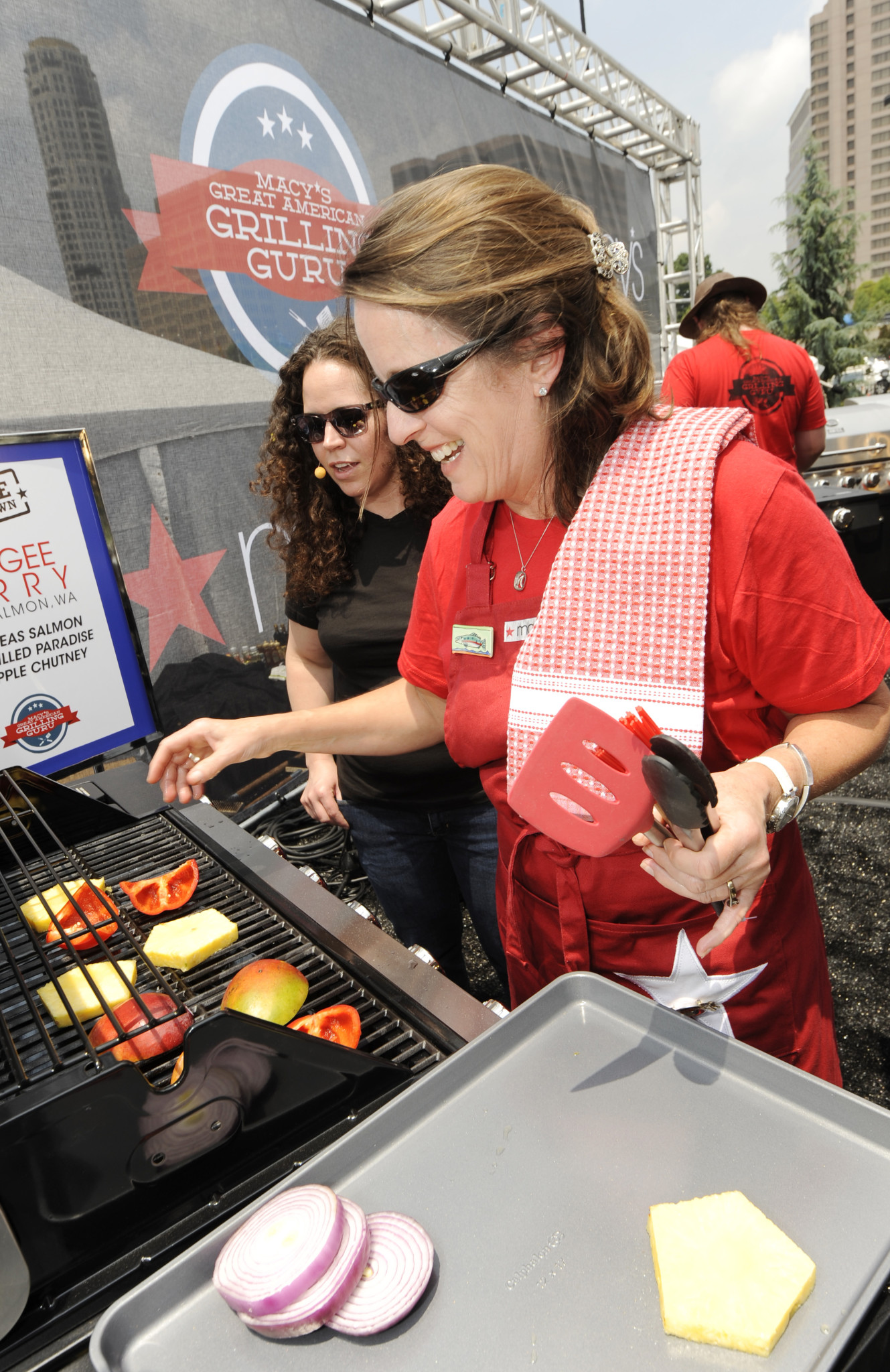 Macy’s on June 8 activated a Sizzle Showdown at its Lenox Square store in Atlanta where six finalists in a national search competed to become the “Greatest Grilling Guru.”

Competitors submitted recipes and photos of their dish on Macy’s Facebook page as part of the retailer’s “American Icons” campaign, which kicked off on May 15 and continues through July. The program celebrates the store’s fashion and home product brands inspired by classic American style, and included the Sizzle Showdown and other events across the country.

Crowds gathered around the Showdown’s outdoor grills as the six created their dishes. Tracye Hutchins, co-anchor of “Better Mornings Atlanta,” which airs on CBS, served as host. Macy’s Culinary Council chefs Cat Cora, Marc Forgione and Stephanie Izard judged the competition. The winner received $10,000 and a trip to see the Macy’s Fourth of July Fireworks in New York City for her Chimicherries and Chive-Rosemary Char Mascarpone recipe.

“Backyard grilling is the epitome of summer entertaining in the U.S., so this competition was a natural fit for the ‘American Icons’ campaign,” Amy Kule, group vp for Macy’s Parade and Entertainment Group, told Buzz. “We were able to actively engage our customers within the digital landscape on Macy’s Facebook page and in person at the Sizzle Showdown, and we created a fun-filled event that gave further exposure to Macy’s Culinary Council.”