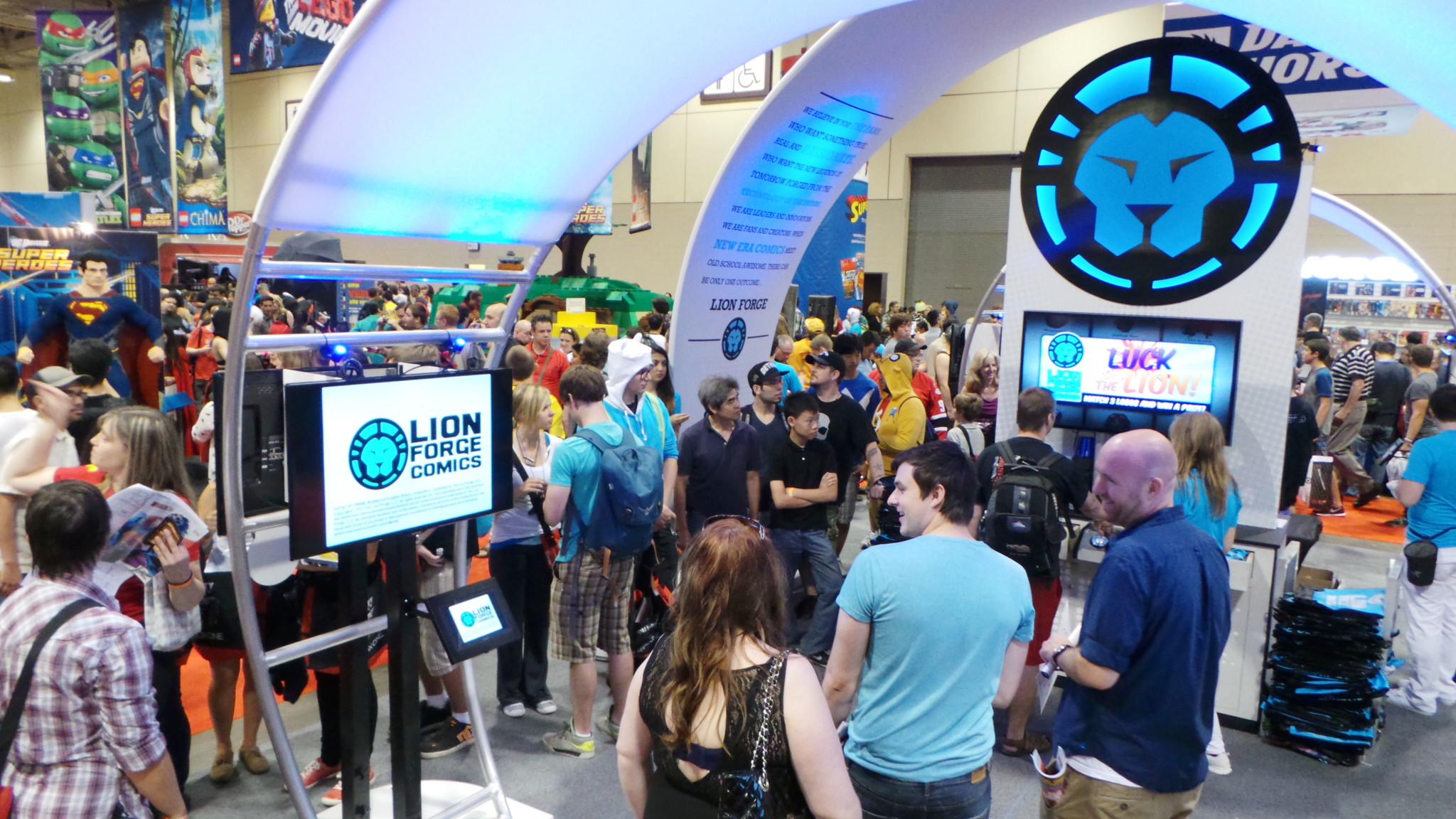 The comics industry is extremely top-heavy. Industry giants DC and Marvel dominate it, with a huge space between them and the next tier of publishers. Trying to launch a new brand in this space, without being a subsidiary of one of the giants, is pretty near impossible.

Taking on the impossible through an experiential campaign is new publisher Lion Forge Comics out of St. Louis, MO. To introduce its line-up of new titles to comic fans everywhere, the brand exploded onto the scene with a national 12-show tour, wrapping up for the year at New York Comic-Con from Oct. 10 to 13.

The publisher has an unconventional convention booth, complementing its unconventional titles that feature former Playboy Playmate Claire Sinclair, mixed martial artist Curtis “Rampage” Jackson, and, coming soon, titles based on ’80s television masterpieces like “Airwolf,” “Knight Rider,” “Miami Vice” and “Punky Brewster.” The booth is a glowing blue cylinder, small at 20-feet square, but packed with content promoting the new titles, and getting the brand’s blue lion logo into the minds of fans. To keep Lion Forge top of mind even after the conventions, the publisher is giving away a 10-inch Galaxy tablet every day, branded swag and, cleverly (because it means that attendees all over the convention center are branding themselves with the Lion Forge emblem), a very high-end swag bag, which has been a must-get for attendees of each of the conventions thus far, the brand says, with attendees standing in line multiple times to win the bag. Signings with the brand’s top stars Jackson and Sinclair keep the booth busy, too.

It’s not just about raw awareness for Lion Forge, however. To make sure that potential fans know it’s serious about the art, the brand also deploys a second activation outside each convention’s “artist row.” It’s a quiet seating area with charging stations and places for fans to meet up with their favorite artists and swoon safely onto a nearby divan.

“Our goals for this tour were pretty clear,” David Steward, ceo Lion Forge Comics, told Buzz. “We wanted to build awareness among the attendees of the Comic-Con[s], and tap into the incredible talent pool of artists and writers that might be interested in contributing to our titles.” Agency: Switch: Liberate Your Brand, St. Louis, MO.