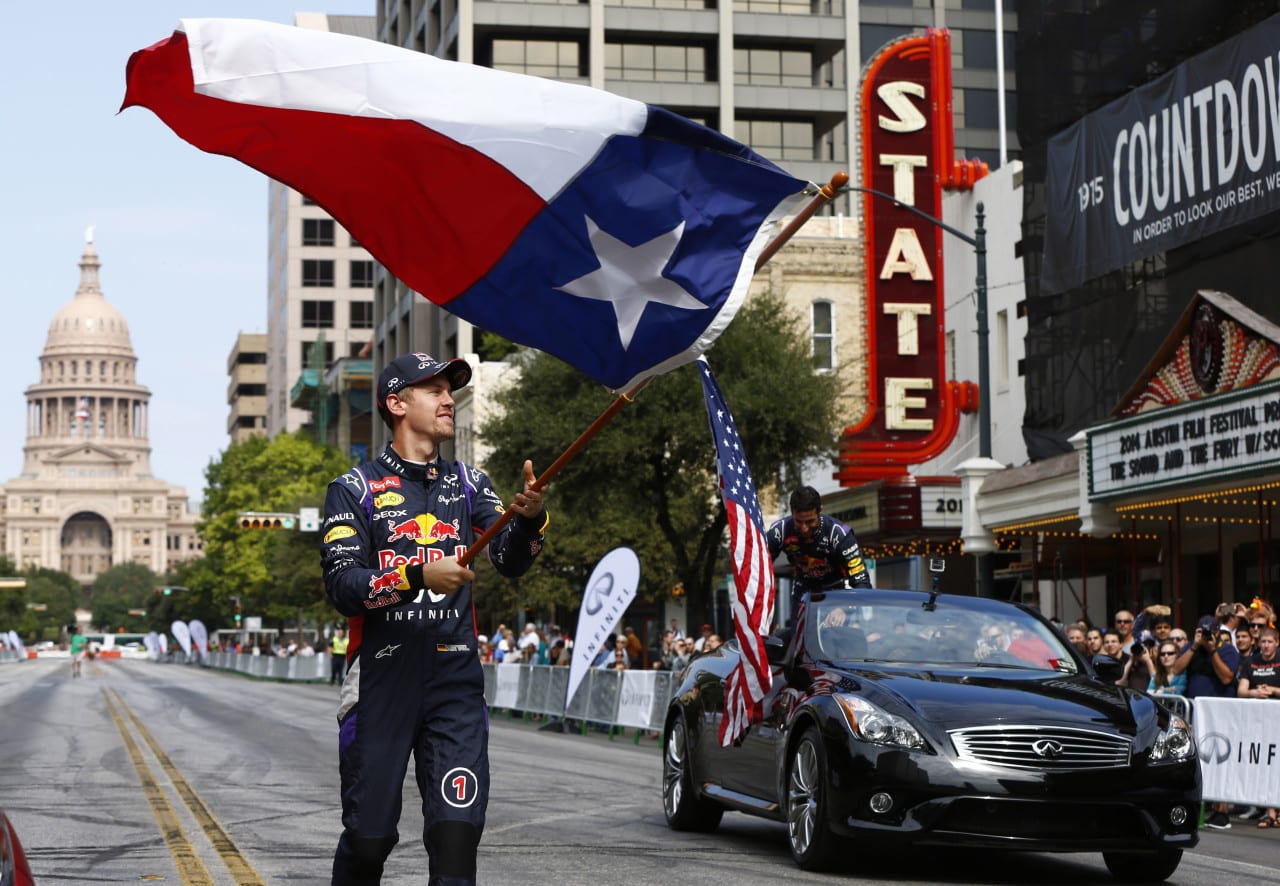 To kick-off of its sponsorship of the U.S. Grand Prix in Austin, Texas, Infiniti Red Bull Racing on Oct. 29 closed down Congress Avenue from 7th Street to the State Capitol to introduce consumers to the 560-horsepower Infiniti Q50 Eau Rouge prototype.

Winners of a sweepstakes were brought to the starting line on event day to get into the Q50 and 2011 Championship Formula 1 car with either Sebastian Vettel or Daniel Ricciardo, both champion F1 drivers for a drag race all the way down to the capitol four blocks away. In addition to the contest winners, the drivers pulled a few lucky spectators out of the crowd for speed runs of their own, all the while educating them about how the Formula racer inspired the aerodynamics and engine design of the concept car.

“The ‘Go Zero to Infiniti’ event allowed us to bring our partnership with Infiniti Red Bull Racing to life in a way that was fun and exciting yet meaningful for our brand,” says Allyson Witherspoon, director, Infiniti USA Marketing Communications and Media. “Ahead of the U.S. Grand Prix weekend, we wanted to provide an opportunity for Austin locals to not only see an F1 car and F1 drivers in action on their own streets, but also to demonstrate the technical partnership between Infiniti and Infiniti Red Bull Racing.” Agency: PRISM, Santa Monica, CA.

Watch the action from the street here and here, and the official Infiniti Red Bull Racing Formula 1 video here.