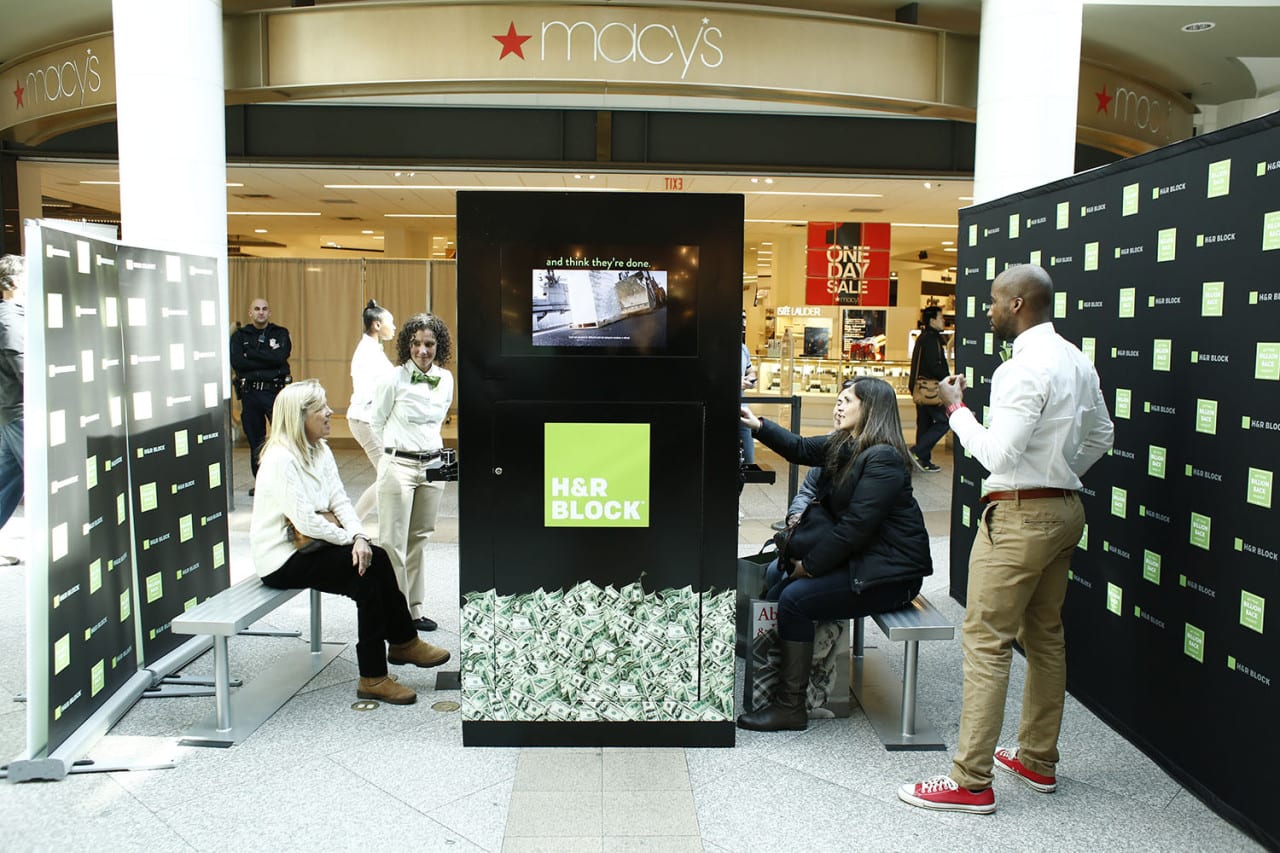 H&R Block is Right On the Money with this Kiosk

H&R Block has launched an experiential effort to get its brand—and some cold, hard cash—into the hands of taxpayers. The program, which involves kiosks that dispense $10 to $100 to participants, is part of an integrated campaign called Get Your Billion Back America that launched on Jan. 13 and includes broadcast, digital and social channels, as well as a segment on “The Ellen DeGeneres Show.” The idea is to inform consumers that one in five taxpayers who prepare their own returns leave money on the table, resulting in $1 billion in unclaimed money.

“Our challenge as a services brand is finding ways to engage consumers outside of traditional media,” says Christina Lively, director of brand strategy and integration at H&R Block. “This is a way to let consumers touch and feel and sample our product.”

The kiosk, which Lively describes as part-ATM machine and part-video/photo booth, is located within a 20-foot by 20-foot activation at high-traffic locations. Participants take a two-minute quiz on an interactive touch screen, answering multiple-choice questions about the campaign and what they would do with a billion dollars, then the machine spits out $10 bills, which represents their piece of the billion. The kiosk also takes their photo or a video with the cash, which they receive via email. On-site brand ambassadors answer questions about H&R Block and schedule tax preparation appointments.