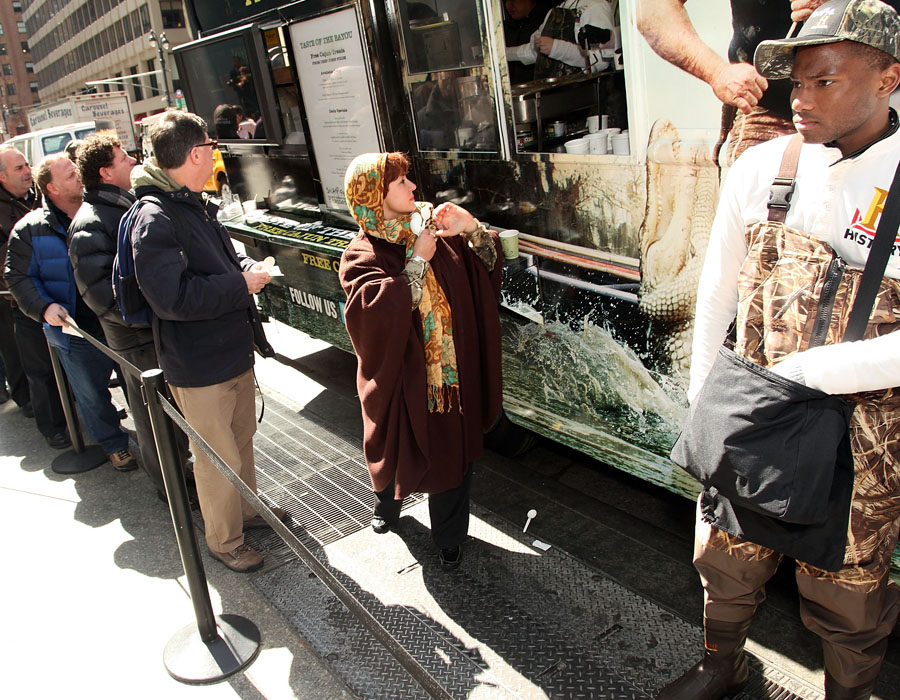 The History network put its Cajun food-themed Taste of the Bayou truck on the streets of Manhattan from March 28 to 31 to drive tune-in for the new season of “Swamp People,” a series that explores the heritage of the Cajun people. History’s key target was commuters, but with a vibrant food truck following in New York City, this was a good opportunity to generate broad word of mouth about the show.

“One of the best ways, from our point of view, to connect with any culture is through its food,” Chris Meador, vp-consumer marketing at History told Buzz. “We’re targeted the foodie scene because that’s a way to get press, but we really wanted to hit commuters as they either took a break from their day, which is when they think about TV programming as an enjoyable escape, or as they headed into the city or when headed out.”

The network pulled a second stunt by playing off the urban legend that there are alligators in New York’s sewers. They had a fabricator from the Museum of Natural History construct realistic looking alligator heads and tails creeping into faux sewers. To make sure people didn’t panic, they built barricades around the alligators containing tune-in information and had a street team staffer in the vicinity to answer questions and engage folks passing by. Agency: Civic Entertainment Group, New York City.