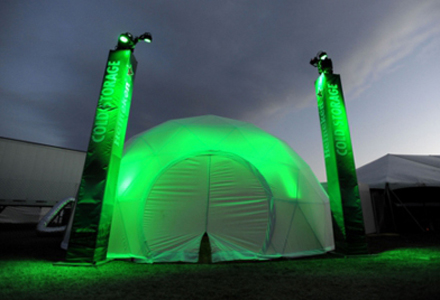 Men love beer more than women love chocolate, Lesya Lysyj, cmo at Heineken and closing keynoter at the Event Marketing Summit on May 2, told the nearly 500 marketers in the room as she opened her discussion of the Heineken brand’s attack on the sinking beer category in 2011. The brand saw that, although the category in general was flat or declining, the specialty and craft beer markets represented all the growth.

The brand set out to position itself as part of that growing demo and “challenge the norms” of the big beer brewers, Lysyj said. The usual par for the course, she said, was to put a guy in a bar with his buddies, some lame jokes and beer babes in a 30-second TV spot. Heineken went in a whole new direction with a series of commercials designed to show off the brand’s cool chops for the indie, hipster set.

Once the TV spots were rolling, the brand hosted the first-ever live YouTube concert, which established it in the key hip music space and generated more than 125 million p.r. impressions. Next stop was the Coachella music festival, one of the hippest and hottest events for music and hipsters all year. “We found a way to enhance the festivalgoers’ experiences with the Heineken Dome,” Lysyj said. And more than 54,000 of them came through. “We’re starting to get our mojo back,” she said. We think so, too.