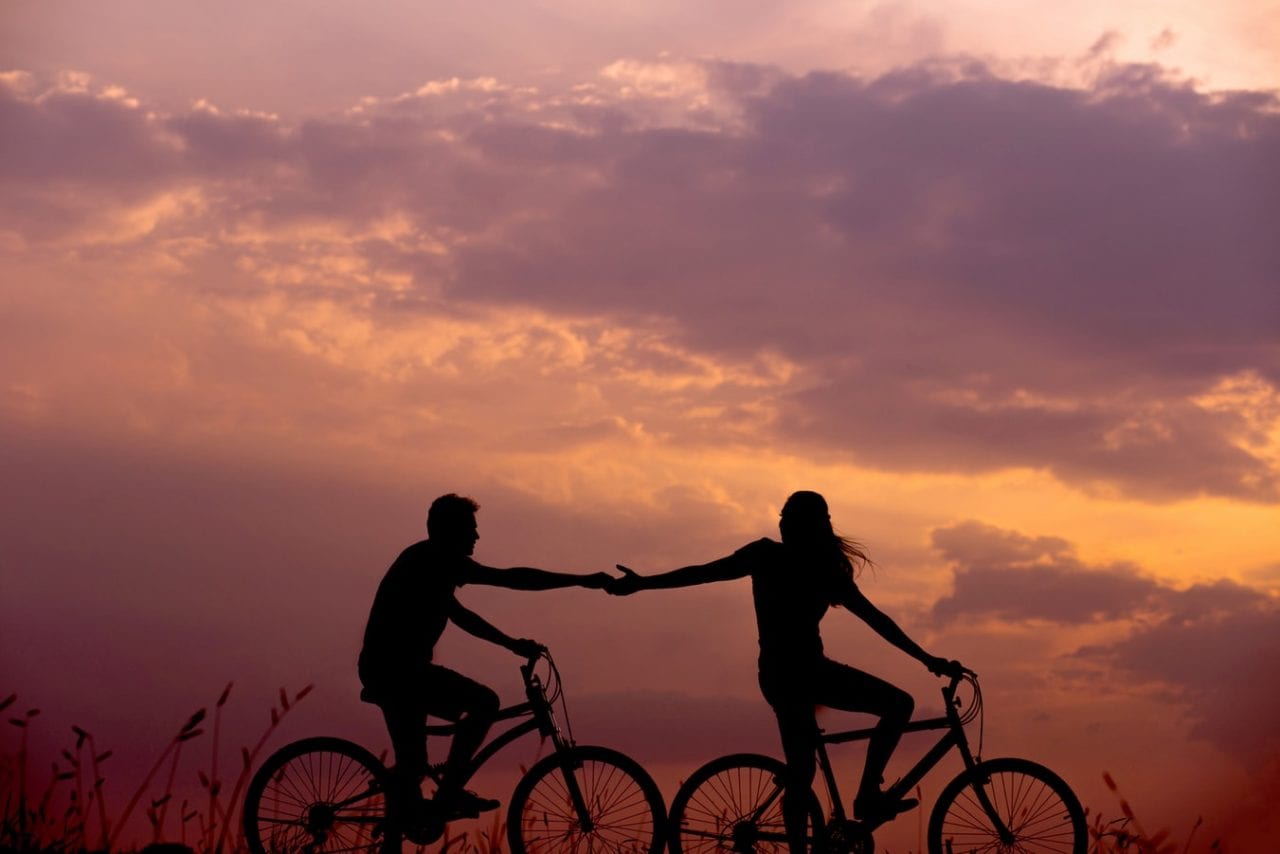 For event marketers the bonds between brand and agency are so close they’re often downright personal. With big budgets at stake—not to mention the tight deadlines and long working hours—it’s no wonder the dream partnerships often become love-hate relationships. Hey it ain’t always easy to keep a business marriage intact. Just like happy marriages healthy brand-agency partnerships often require working through hurt feelings misunderstanding hidden resentment and communication problems.
So what do you do when your trade show is coming up but it feels like your relationship with your agency is on the rocks? EM solicited advice from four leading relationship experts about everything you want to know: How honest should you really be? How do you get what you want without being too bossy? What happens when it’s time to walk away? Remember you can love your agency without being in love with it 24-7. Your guide to a happy healthy and productive relationship with your agency partners begins now:

1. Separate church and state. The work you and your agency do together might feel like a marriage but make no mistake: It’s still business. Taking its ups and downs too personally can be a recipe for disaster says Dr. Laura Schlessinger. “Keep [the relationship] focused on the function ” she says. “They’re there to make you money.”
Keeping criticism or rejection from creeping in and destroying you can take some extra effort if you have a thin skin. That can be tougher for women who tend to take things more personally than for men who are generally more pragmatic Schlessinger says.
But if all else fails and you still need help keeping work at work and criticism in its place consider this: “They’re not going to be there at your deathbed ” Schlessinger says. “If you’re dying they’ll simply replace you. Never put your heart where it’s easily replaced.”

2. Show and tell. The brand looks at the budget and wonders why it takes so many hours and so many agency people to get it done. The client calls at 5 p.m. and wants a new strategy by midnight. It’s the same as when one spouse works and the other stays home with the kids all day: Misunderstandings about each other’s roles can fuel resentment in client-agency relationships too. You might feel like screaming “You have no idea what I do all day!” but the key is to be as transparent as possible as early as possible.
“It’s imperative that instead of pointing fingers you invite them in to spend some time with you ” says Dr. Gilda Carle. “You have to show them what’s involved. We’ve done it with bring-your-children-to-work days so why not [between businesses]? It’s the same thing.”
And instead of stewing when you don’t understand what’s taking so long jump in and address perceptions and misconceptions before they worsen. Dr. Pepper Schwartz advises telling your counterpart: “‘I can tell by how you’re acting you have this vision of what we do what we’re capable of doing and in what time. I want to give you a more accurate picture of what the situation is.’”

3. Weigh honesty versus diplomacy. Sometimes you might feel like asking your agency Does my logo look too big in these jeans? Now consider whether honesty really is always the best policy. Agencies often hold their tongues and watch while brands make decisions that could come back to bite them in the end. Meanwhile brands might respond diplomatically about their agency’s off-target ideas figuring that compromises will save time.
Those aren’t always the best approaches. Dr. Robyn Spirtas suggests asking yourself whether honesty will help foster a compromise or only create bad blood?  “Negotiation is not 50-50 or even 70-30 ” she says. “Sometimes it’s zero and 100 and the other person gets his or her way. Some things are not really negotiable.” Don’t forget: If the end result is a disaster nobody wins. It might be better to negotiate by letting your counterpart “win” this time so they’ll defer to you next time.
Or make the new idea seem like their idea. If you want the agency to do things a different way but you don’t want to step on their toes try one of Dr. Laura’s on-air tricks. Sell the change in direction as a benefit to them.
“You have to find a clever way to change what they’re doing and make it feel to them as though they have no choice but to do it because that would be so much better for them ” she says. “Show them that by doing it your way they’re the best thing since strawberry shortcake. They’ll think they’ve won and they’ll think they have the power.” The result? Good feelings all around—and you still get what you want.

4. Get over the big strong brand complex. Ask for help. We promise it won’t make you look like a sissy. “Everybody thinks [they] should never show vulnerability because it’s looked upon as weakness ” Carle says. “But it’s actually a major strength. Being vulnerable is important in every single relationship you have. The more vulnerable you are the more you will be respected.”
Asking questions and admitting when you don’t have an answer invites your team into the loop and fosters a more collaborative environment—and might even get the other side to open up too. How do you begin that conversation without feeling corny? “Don’t sit around and say ‘Why don’t we all open up?’” Carle says. “You say ‘I’m having a tough time. Maybe we can talk this through.’”

5. Grow a set. Pitching the really out-there idea can be risky for either side. But in event marketing as in marriage always playing it safe is as good as digging your grave. You have to risk being booed out of the room once in a while to keep the relationship fresh.
“You will never be loved if you can’t risk being disliked ” Carle says. “Put your neck out there and be willing to be vulnerable. See where that leads you. You don’t always want to be liked because in the end you’ll be looked at as doing the same old-same old. You’ll be looked at as being afraid to take risks.”

6. Be the boss all the time. Say you’re the boss once. Not getting the love you used to? All the good ideas seem to be going to their new clients? If you’re paying the bills don’t be afraid to assert your position once in a while. Schlessinger suggests presenting it like this: “‘I’m not getting the same attention to my needs and my business as I used to. In the past you were there but now I need to know if what’s going on is temporary or permanent. If it’s temporary we can get through it together because we have a history. If it’s permanent I need to talk about doing something else.’”
Of course if those feelings are popping up all the time it might be the sign of a real problem. “Show them a lot of respect for their abilities but don’t throw ‘I’m the boss’ around too much ” Schlessinger says. “If you have to do it often you’ve got the wrong people or you’re micromanaging good people.”

7. Look ’em in the eye. When times are tense resist the temptation to hide behind your BlackBerry. Email might be a good place to start the conversation but it’s a bad way to address important issues. “When feelings are really hurt there’s nothing wrong with making an overture through email ” Schwartz says. “But to get your real emotions out do it in person. Don’t forget [with email] you’ll be missing out on voice intonation and body language. There can be all kinds of misconstrued interpretations if you don’t actually meet eye-to-eye.”

8. Keep love alive. You’ve done the show together for 10 years and it’s starting to feel like the thrill is gone. How do you keep the spark going? Well love is a verb the experts say. Some couples have annual relationship tune-ups to see how their partnerships are working. Brands and agencies can do the same.
“Ask ‘How can we freshen up what we’ve already done so well with you?’” says Carle who adds that it’s important to focus on what you’ve done with the partner—not for them. “Have them talk about what their needs are. No matter what fabulous ideas you have there’s nothing like having their needs on the table so you can respond.”
Also keep in mind that long-term relationships thrive on mutual appreciation Schwartz says. “[It takes] a lot of admiration a lot of thank-yous and a lot of recognition. We all need to feel appreciated and special and have someone tell us how important we are.” But be selective and sincere with the kudos. “It has to be about appropriate things so we don’t feel that someone is just patting our heads ” she says.

9. Don’t assume. Don’t take for granted that someone understands you and that you understand them. Each party’s needs have to be spelled out clearly in order to be met. “Saying ‘Tell me what it is you do and how you do it ’ is a good place to start ” Schwartz says. Her advice? Create an environment of communication and questions so that assumptions aren’t made that are wrong and that cause everybody distress and bad will. To do that find out enough about each other so you don’t run headlong into a project before you know what each other is about what everybody’s tasks are and how long it takes for key objectives to happen.

10. Shut up and listen. During your next strategy session with your agency pay attention to what you’re doing when your partner is speaking: Are you listening or are you waiting to talk? “You have to validate when other people talk ” Spirtas says. “When someone says something we’re so quick to jump in and defend ourselves our position or our ideas.”
Forgetting to acknowledge others’ opinions can strain relationships. Blurting out the perfect solution may be tempting but it cuts off communication and negates other’s work. “Instead show respect by saying ‘I do like your ideas ’ or ‘I hear what you’re saying ’” Spirtas says. “It makes them feel important and valued. It validates that they’re working hard too.”

11. Deliver on your promises. You have to earn trust. And while you may want your counterpart to trust you oh right now getting there takes baby steps. Use every opportunity to show you’re trustworthy and you will lay the groundwork for the long haul. “Call when you say you’re going to call produce something when you say you’re going to produce it ” Schwartz says. “Show you’re listening and working on little things and they’ll trust you with the big things too.”

12. Think before you walk. There may come a time when you’re just not into your agency any more. The needs of your business can shift and that might mean re-evaluating your partnership. “Ask yourself what you are giving up ” says Schwartz. “What are you taking for granted that you’ll really miss. Is it reproducible? Is there something you’re not fully giving credit to that you will miss?”
If you feel the costs overwhelm the benefits try not to shut the door completely. In business you never know when you might have to go back. Make sure the breakup is civilized and respectful. After all says Schwartz “sometimes good people just can’t come to good conclusions.”

Falling in love is easy. It’s the staying in love that takes work. Are you ready? Good. Now let’s hug it out.