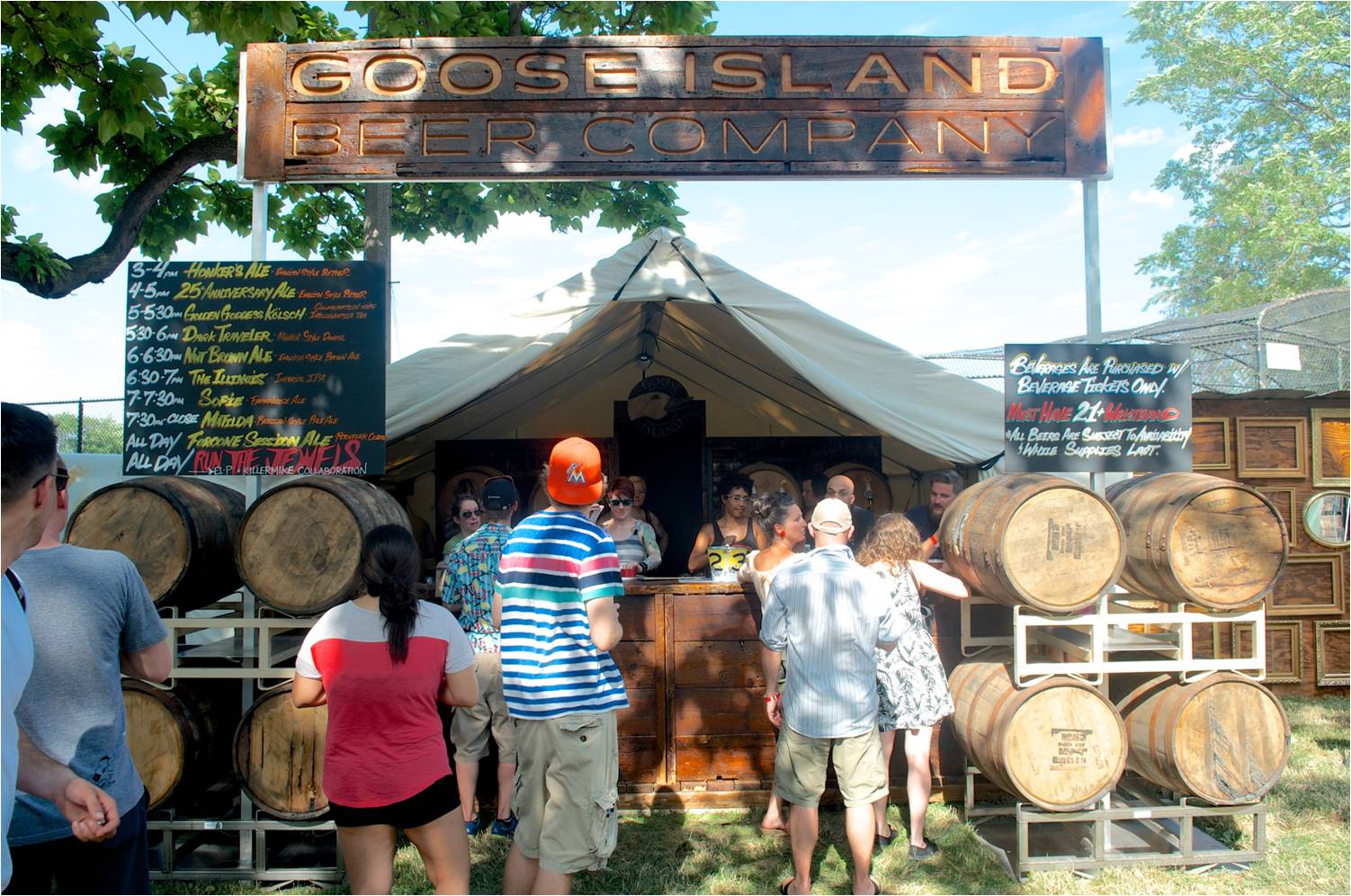 In year one of a three-year partnership as the exclusive beer provider at Chicago’s Pitchfork Music Festival, craft brewer Goose Island served up exclusive beers and a fun environment for tasting them. The festival, which took place July 19 to 21 in Union Park, attracts fans of up-and-coming musicians and headliners such as Bjork and MIA and provides a natural fit for niche brands such as Goose Island, which was acquired in 2011 by AB/InBev.

“The same way the artists are up-and-coming, so is the craft beer industry, so that’s why it was such a natural tie for us to have this relationship with Pitchfork,” Ana Serafin, communications manager at Goose Island, told Buzz.

The brand created an 18-foot by 18-foot environment made of hand-carved dark wood decorated with vintage beer barrels where it poured 14 beers, including two created especially for the festival, for VIP guests and festivalgoers. As they sampled the beer, attendees could watch and interact with local artists who painted tableaus inspired by music, the musicians and the brewers. Their paintings will be auctioned later this summer at an event to benefit Chicago’s 606 elevated hiking and biking trail.

Goose Island has taken its beers to other venues such as Chicago’s Green City Markets and in June embarked on a national campaign called “Migration Week,” that will travel through October to bars in 12 cities in an effort to become better acquainted with its consumers.

At Pitchfork, however, the goal was generate awareness of the brand’s relationship with music. “We want to show people that our beers can be consumed in many settings besides brew pubs or bars,” said Serafin. Agency: rEvolution, Chicago.