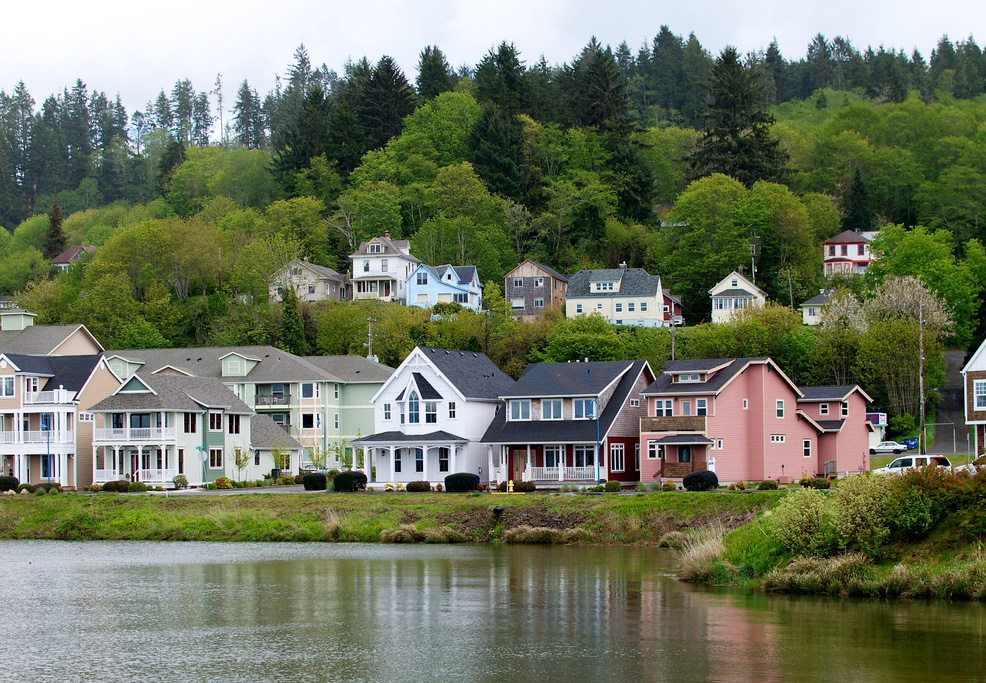 Going on the festival circuit or heading out to malls or NASCAR races will certainly get your brand a lot of touches. But in today’s cluttered marketing landscape numbers aren’t the only consideration. To make a lasting impression your brand must make friends with consumers by becoming a name that they recognize and more importantly trust. More and more brands are doing that by tapping into neighborhoods.

Just last spring Microsoft set up shop for several weeks in New York’s Brooklyn Heights and San Francisco’s Pacific Heights neighborhoods to offer local families free professional portraits in exchange for signing up for Window’s Live photo services. In addition to free portraits the pop-up shops offered free makeovers tied into Mother’s Day kid-friendly snacks and a Wall of Fame where locals could hang pictures of their little cuties along with others from all around the neighborhood.

Why focus on such niche markets instead of taking your message to millions at state fairs and the like? “We did extensive research before we did this ” says Michael Burk senior marketing manager Microsoft Windows. “And what we found is that if you get into local neighborhoods the word of mouth and the pass along is that much greater. In fact 50 percent greater is what we found.”

For Microsoft the strategy was a gamble but it paid off. “We were very pleased with the traffic we had coming through ” says Burk. People flocked to the Studio after hearing about it from friends family and neighbors. “These people are considered trusted advisors. They’re your neighbors not just somebody at a trade show. So you’re more likely to try an experience they’ve already had and have vouched for.” The real balance Microsoft had to strike was between numbers and quality of interaction. The urban neighborhoods targeted were high density so they allowed the company to enjoy strong traffic numbers while also enjoying the kind of credibility that a grassroots word-of-mouth program can bring. “There’s nothing to say it couldn’t work in a more rural setting but we were certainly trying to drive some volume through these stores. We knew we could do that if we went to Times Square but we knew we would have more meaningful engagements if we captured people’s attention longer and focused on neighborhoods where they actually live.”

Can a program like this work in an area with a smaller population base? It can with the right strategy. Just ask Life is good the upbeat outdoorsy apparel company known for its iconic Jake spokesperson. The company’s mission: to spread optimism throughout the country and the world. With a goal like that it’s no surprise that a grassroots marketing approach is the best way to reflect the company culture. But Life is good takes that grassroots flavor to a new level with its Life is good festival a proprietary event that travels the country setting up shop in big cities and small towns alike. It’s part local festival part charitable fundraiser and part experience marketing at its best. The festivals strive to strike a balance between local flavor and brand continuity so they may include local musicians plus a variety of activities from watermelon seed spitting contests to wiffleball tournaments and craft centers for kids. The World’s Greatest Backyard Athlete competition pits average joes against each other in a low-key contest that includes sports such as seed spitting Frisbee toss and bocce. This year the festival traveled to 18 cities in 14 states from Boston to Suwanee GA to Lake Placid NY and Franklin TN.

It all started back in 2001 with a fund-raising campaign just after 9/11 when the company decided to create its own American-flag t-shirt and sell it with proceeds going to victims’ families. The goal was to raise $20 000. The company actually raised $207 000. “That taught us something ” says Jim Laughlin communications director at Life is good who ran the festival team for two years. “We decided to find a way to do this regularly to raise money for good causes. We gravitated toward festivals because they’re celebratory they bring the community together and it seemed right for the spreading of good vibes that we believe in.”

The first event was a pumpkin festival in Portland ME in 2003. In 2004 the pumpkin festival visited Boston. By 2006 with the New England festivals so successful the company decided to expand them to other regions. The size of each festival varies depending on market. A festival in Boston can attract 30 000 people. Smaller markets may host 3 000.  Proceeds from all merchandise sold at the festivals goes to charity. They’re free to the public and so far have raised $3.7 million for children’s charities.

“It really fulfills our mission ” says Laughlin. “Our employees have rallied around it. Our sales people support it in the field. It’s a virtuous cycle as our fundraising feeds our marketing and brings more awareness of the brand and brand loyalty gets built.”

Festivals and photo studios all sound incredibly fun of course but there are unique challenges to making local events work. It’s harder to get a feel for whether the area will bring in the target demographic whether there will be enough traffic and of course there’s the balance between adding local flavor and keeping brand message consistent.

For Microsoft the key was research. Burk worked with agency e2 marketing in New York City to gather extensive research on the neighborhoods it was visiting. The goal was to find residential areas filled with young families.

Life is good takes a more grassroots approach allowing sponsor partners and even towns themselves to talk up their areas. Local retailers are also a great resource for finding towns with populations open to the festival. The company has developed a group of Genuine Neighborhood shops which carry the brand’s entire line. (It’s way more than just t-shirts.) There are now about 110 of them. “Although they’re independently owned they are kind of part of the family in that they understand our social mission. We educate them to that ” says Laughlin. Many of those stores are beginning to host a festival.

Once a town has been selected to host a festival those who will run it whether they work for the local charity retail shop or town itself must attend Life is good boot camp. “They spend two days with us going over soup to nuts what it takes to run an effective festival. We make sure they know the logistics the outreach the design the unique features the fundraising how to treat the volunteers. We want to create some replicability some quality standards and ensure that wherever these are held people have a uniformly fun terrific experience from Life is good.”

What really makes the festivals a success is the perfect balance the company strikes between local flavor and brand continuity. “You want to balance some of the things we’ve learned that really work well with some of the local stuff. It’s an 80/20 mix of consistent brand message to local flavor. If your area grows cranberries and you want to focus on a cranberry theme because it’s that season and use local musicians that’s great. There’s some customization there. But every town that hosts a festival starts out with a lot of good templates and models and guidelines about how to do this.”

For AT&T local programs work best when they grow up naturally from the field. The company’s regional divisions often start grassroots efforts to connect with the local community. Case in point the recent Cell Phones for Seniors program brought AT&T representatives to New England-area senior centers where they taught older citizens the basics of how to use their mobile phones. The sessions took place in a classroom-like setting with about 20 or 30 people per class. The AT&T representatives did as much one-on-one counseling as possible and allowed seniors to work either on loaner AT&T phones or on their own devices no matter who their carrier was.

“If you look at AT&T we’re a very large company ” says Steve Krom vp and general manager for AT&T mobility New England. “But one of the great things about how we’re structured is we have regional operations. So I run New England and I have a marketing team sales team finance team. We have retail stores. This enables us to be a closer part of the community. Part of being a good company is to be a good neighbor and be part of the community at large.” The Cell Phones for Seniors program came from the field. “It wasn’t my idea and it didn’t come from my director of marketing. This is an idea that percolated up from the field we adopted it for all of New England and now there are a number of markets within AT&T that are starting to adopt it. It’s a testament to the way we operate with this decentralized regional model that allows these types of ideas to grow and come up through the ranks and if they really show value to the community or the company then we all talk to each other and use these ideas in as many places as possible.”

The key to making sure the best ideas rise to the top is communication. Krom has quarterly roundtable discussions with his retail sales managers where ideas like this tend to be born. “We go through everything from sales to what we are doing to really expand our outreach to the community ” he says. But the communication continues from region to region allowing successful programs to be carried to other areas. The Cell Phones for Seniors program has since the summer held 30 sessions in New England and another 20 throughout the country from Texas to California to Ohio. “We’re not doing this just to promote AT&T or even to promote AT&T ” says Krom. “We’re doing it to service the community given that this technology has been an integral part of everyone’s life.” OK OK we know you’re not doing it to get credit but the trust built person by person in these local markets can’t be replicated with complicated national programs. The local flavor is the magic.