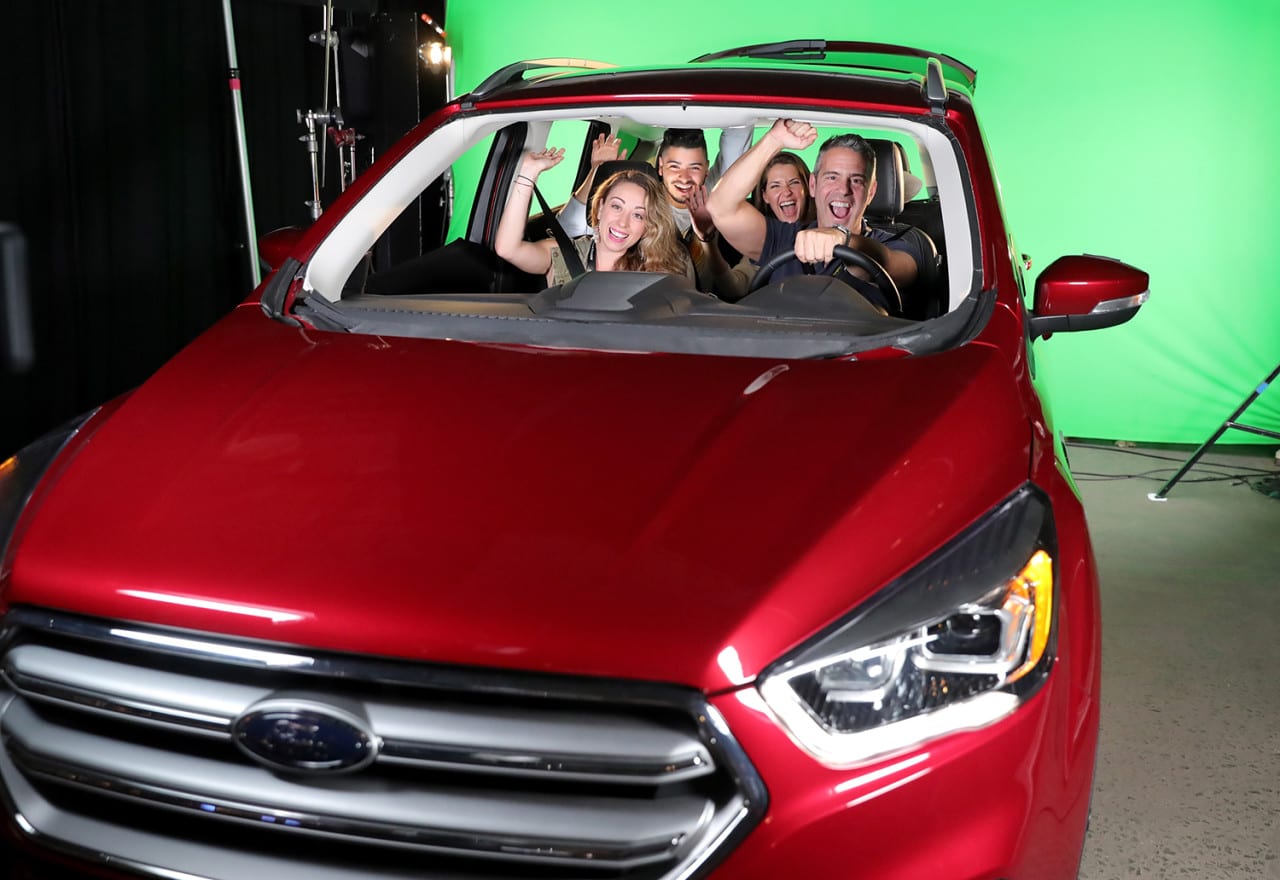 Ford Revs Up a Drivable ‘Escape the Room’ Event

With its sights set on millennials, Ford in partnership with the I Love New York campaign, from June 24-26 offered New Yorkers a chance to participate in a groundbreaking automotive experience that blew the top off of traditional ride-and-drive events. Using Manhattan’s 35,000-square-foot Moynihan Station as its playground, the brand unleashed the first-ever drivable ‘Escape the Room’ event to 1,000 eager players for an immersive group gaming experience. EM hopped into the driver’s seat to get a firsthand look at this mind-bending adventure.

The event served as a supersized spinoff of the popular Escape the Room experience, created by entrepreneur Victor Blake, which turns simple storylines into intricate puzzles that must be solved in order for the participating team to—you guessed it—escape the room. For Ford’s iteration of the pop culture phenomenon, Blake incorporated new elements, including the use of multiple rooms and, the star of the show, the 2017 Ford Escape. The vehicle’s array of technology was integrated into every phase of the game, providing the brand with an engaging platform in which to highlight the Escape’s newest features. 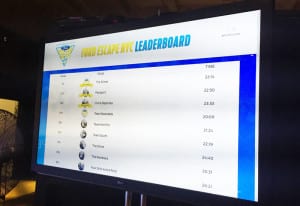 An on-site leaderboard kept track of each team’s score in real time.

We were all revved up and ready to go when we arrived at Moynihan Station, but as we soon learned, the game was too complex to jump into blindly. Before getting started, each team was asked to sit inside a 2017 Escape as a brand ambassador explained how the vehicle’s technology worked. From the foot-activated lift gate, to streaming iHeartRadio via the SYNC AppLink, to the rearview camera, we were briefed on vehicle specs that would later help crack Escape the Room challenges.

After the briefing we headed over to Ford’s green screen experience. Following instructions to laugh, yell and generally rock out, we bounced around the inside of a windshield-less Escape as a brand ambassador captured our antics. The engagement was incorporated into a personalized video sent to each participant following the event (and it didn’t disappoint).

When it was finally time for the main attraction, we passed by the event’s digital leaderboard and encountered our first challenge. Standing inside a small, urban apartment scene, we activated a timer by scanning a team member’s event badge on a small kiosk. With just six minutes to complete each challenge, the pressure was on and we scrambled around the space, tossing cushions and raiding drawers, in search of a clue that would serve as our ticket out of the building. With seconds to spare, we discovered a pair of keys and a phone, then dashed into the apartment “hallway” to find our next clue. After arranging images of Ford vehicles into chronological order, we uncovered a five-digit code that led us out of the apartment building and on to the following task. The challenge kicked off the event narrative, which centered on moving from humble beginnings to making it big in the film industry, while showcasing “great escapes” out of the city.

At the next checkpoint, we hopped into a 2017 Escape, plugged in our newly retrieved phone and discovered a text from our “boss,” Anita Pink, who requested a cup of coffee. After driving (yes, literally) to a coffee shop setting and activating the next timer, we uncovered a riddle using the vehicle’s audio system and SYNC 3 driver connect system. Two challenges down, three to go.

Our next task wasn’t timed, and with good reason. We were instructed to back into a parking spot using the Escape’s enhanced active parking assist tool. The feature requires the driver to remove their hands from the steering wheel as the vehicle works its magic. And magical it was. We watched as the car aligned itself with a parking spot then flawlessly backed itself into the space, no human interaction required. Not for the faint of heart, the challenge allowed the vehicle’s technology to take center stage, and gave our vocal chords some exercise in the process. 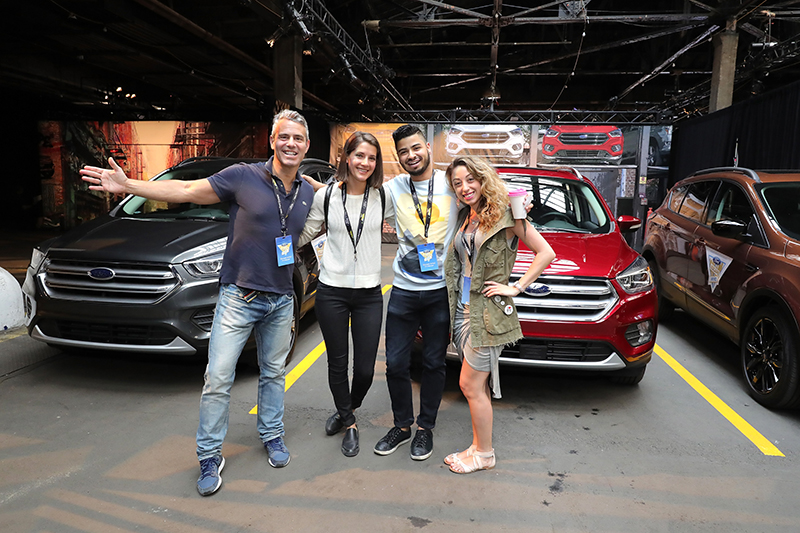 The following challenge required delivering coffee to the boss at the “office,” then solving interconnected puzzles inside four cubicles. Like many teams who attempted this challenge, we couldn’t beat the clock in time, but Ford was kind enough to let us move on to finish the game.

The next task was set at a party in the hipster-rich Bushwick region of Brooklyn where the Escape’s rearview camera helped uncover a mirrored code word. At the final stop, we exited the Escape and entered a film festival setting, complete with a red carpet and flashing cameras. From there we moved on to a beach scene featuring another Escape, where the vehicle’s hands-free lift gate feature came into play. To wrap up the experience, we participated in a step and repeat engagement featuring quirky signs for participants to hold, including “I’m Kind of a Big Deal” and “Geniuses.”

The new twist on the Escape the Room experience was a clear-cut victory for Ford. The sets were intricate, the puzzles were engaging and the incorporation of the Escape’s newest technology was flawlessly executed. Topnotch brand ambassadors added to the quality of the experience (kudos to boss lady Anita Pink, who genuinely terrified us). The brand has yet to announce whether it will activate the experience in other cities, but there’s no doubt millennials will come running if that day comes. The generation is notorious for seeking hands-on experiences—and Ford’s Escape event is just about as immersive as it gets.

This story appeared in the August 2016 issue
Tags:escape room