How Amex is Scoring with a NFL Partnership – Event Marketer 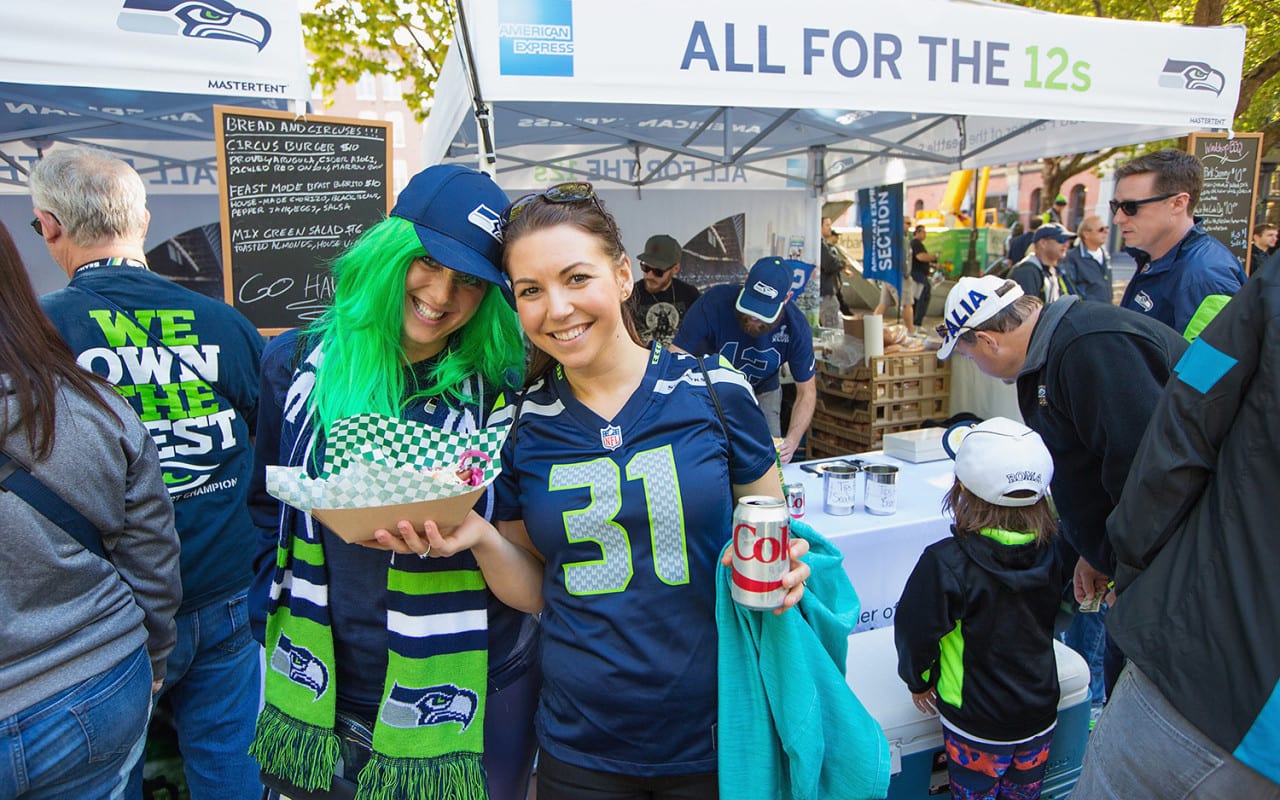 How Amex is Scoring with a NFL Partnership

The American Express partnership with the Seattle Seahawks, which launched in late September with the team’s first home game against the Chicago Bears, is a case study in how to score with retailers, sports fans and consumers. With partnerships in place with pro basketball and hockey teams, as well as its tennis and golf sponsorships, the financial services giant is no newcomer to sports, but the Seahawks is the first NFL team to join the American Express portfolio.

“We always look for that rabid fan base and challenge ourselves to see how we can elevate the experience for them, and this certainly is an opportunity like that with the Seahawks,” says Deb Curtis, vp-entertainment marketing and sponsorships at American Express. Here’s how the company achieved that:

1. Focus on the fans

American Express’s activation plan is centered on Seahawks fans, who are known as the 12s, a term that refers to the special role played by fans of sports teams of 11 players. “On game day they really become one community, which led us to think about the ultimate pre-game experience for them,” Curtis says.

The result is Section 12, a free, pre-game experience for all fans that will take place at Occidental Park, located within walking distance of the Seahawks’ CenturyLink Field, from 9 a.m. to 1 p.m. in advance of home games. Fans can purchase food and beverages from local merchants, participate in games, photo ops and groove to live music. Card members will have access to a member club offering complimentary snacks, meet-and-greets with former Seahawks players and giveaways. 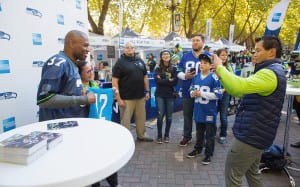 2. Bring in the retailers

Seahawks fans are active buyers of Seahawks merchandise, so who better to know their wants and needs than American Express’s retail merchant partners. American Express worked with Seattle merchants to gain insights into Blue Fridays, when fans traditionally dress in blue Seahawks apparel as a lead-up to game day, with special values such as autographed gear, talent appearances, giveaways and other offers.

3. Play off your strengths

American Express’s play-by-play radios, which are a favorite at its tennis and golf activations, will be available for football fans who can’t always know exactly what is happening on the field. The Gridiron Radios will allow card members to hear live play-by-play commentary and game updates from the Seahawks’ radio broadcast.

Knowing that the weather in Seattle is unpredictable, the company is offering fans who use their American Express cards to make purchases at concession stands Seahawks-branded insulated cup holders for their beverages, a souvenir that is especially helpful in Seattle’s cold climate.

5. Stay true to your brand

Service is core to the American Express mission, and its sponsorship activations bring that mission to life. “Our ability to bring added service to these moments and the fan base that these teams bring together is important to us,” Curtis says. “These sponsorships give us the opportunity to bring the value of membership to our card members and introduce our brand to people who may be future cardmembers when they see what American Express service is all about.” Agency: Momentum Worldwide, New York City.