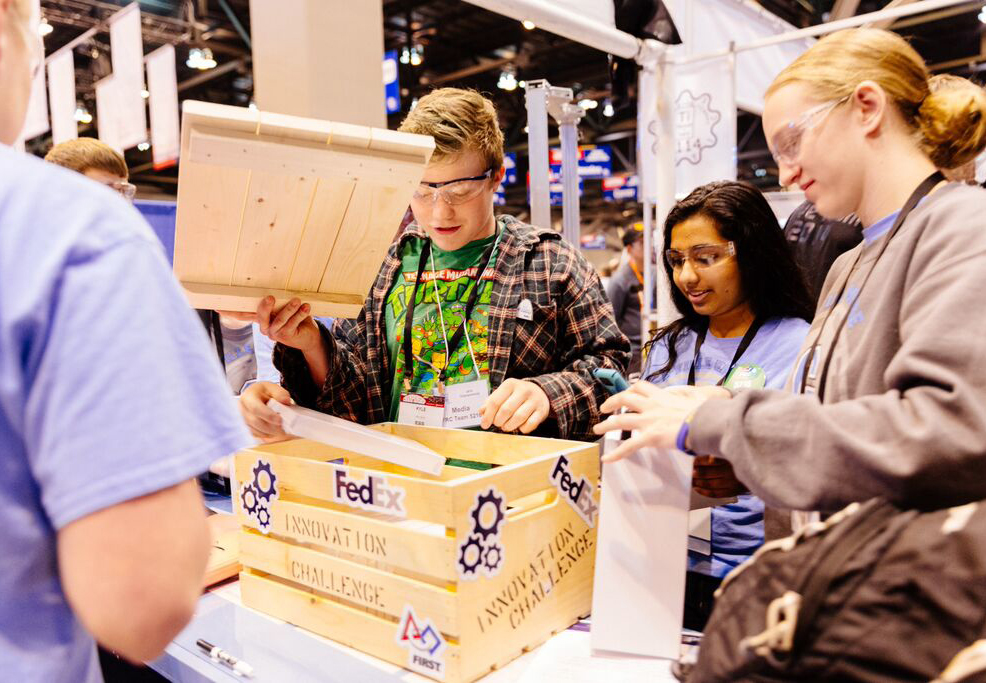 FedEx challenged some of the world’s brightest young minds to complete a social media-based battle of wits as part of its sponsorship of the FIRST Championship, an international STEM (science, technology, engineering and math) competition that took place in April in St. Louis, MO.

A sponsor of FIRST competitions since 2002, FedEx has long provided in-kind shipping for the innovation-focused not-for-profit charity. But in 2014, the brand was charged with increasing its presence within the FIRST community. The solution was the introduction of the FedEx “Innovation Challenge,” which launched at the 2014 FIRST Championship and aimed to keep students engaged between competitions. The contest consists of math and science problems, scavenger hunt activities, photo ops and FedEx innovation trivia and is conducted via Twitter and Instagram.

FedEx expanded the scope of its intellectual contest this year, offering high school-age student teams a chance to participate from Jan. 3 through the championship event in April, when they battled for the grand prize: $52,500 in grant funding for winning teams in the championship’s robotics and tech challenge competitions. The money will be available for use in future FIRST initiatives.

“The goal was to insert ourselves into the conversation about what was going on with FIRST,” says Tom Browning, event producer at FedEx. “And [the Innovation Challenge] really put us in the forefront of the minds of anybody who was following that conversation.”

FedEx was on-site at the FIRST Championship with more than 18 company executives, along with a handful of employees who helped facilitate the Innovation Challenge. In an effort to give FIRST’s event suppliers a boost, FedEx also incorporated questions into the contest that helped shine a spotlight on some of those brands. Meanwhile, teams could gauge their position in the competition by huddling around one of 14 monitors showcasing the challenge website, where all social posts were on display.

Ultimately, the activation racked up more than 3,100 #FedEx mentions and nearly doubled the number of posts over the previous year’s challenge.

“We’ve measured and have found this to be very, very successful against the goals that we wanted of reach, voice and tone,” Browning says. Agency: Switch, St. Louis, MO.