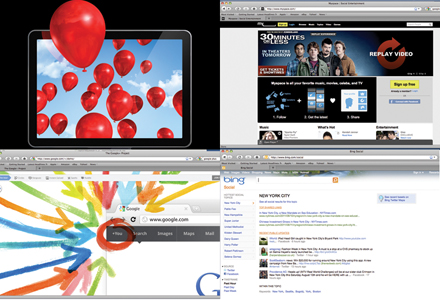 In this monthly series, EM brings you tips and tricks from pros and experts who’ve been eating social media marketing for breakfast. So eat up, and check us out on Twitter @eventmarketer and facebook.com/eventmarketer for more.

This month, with the advent of the (possibly) game-changing Google+, which is frequently touted as the Facebook alternative, EM looks at three social media platforms that are not the brainchild of Mark Zuckerberg with the help of Jeff Bodzewski, director of social marketing at Aspen Marketing Services, based just outside of Chicago and a member of the EM It List since, well, forever.

Facebook’s importance to marketing strategy is undeniable as it becomes better understood and documented, and is uniquely suited to event marketing in particular. As a platform for building buzz before events, collecting data, propagating viral content and building active fan bases and communities, Facebook has been the powerhouse for years, knocking out dozens of challengers. Finding a consumer campaign that doesn’t include a Facebook component is very rare, and the b-to-b world is right behind. But it isn’t the only game in town. Several other platforms, including Google’s new (and still growing) offering, and Microsoft’s Bing Social, can do much of the same, but sometimes better. Bodzewski is here to give you the skinny on the new world of Facebook-alternative platforms.