Cotton Struts Its Stuff on the Runway - Event Marketer 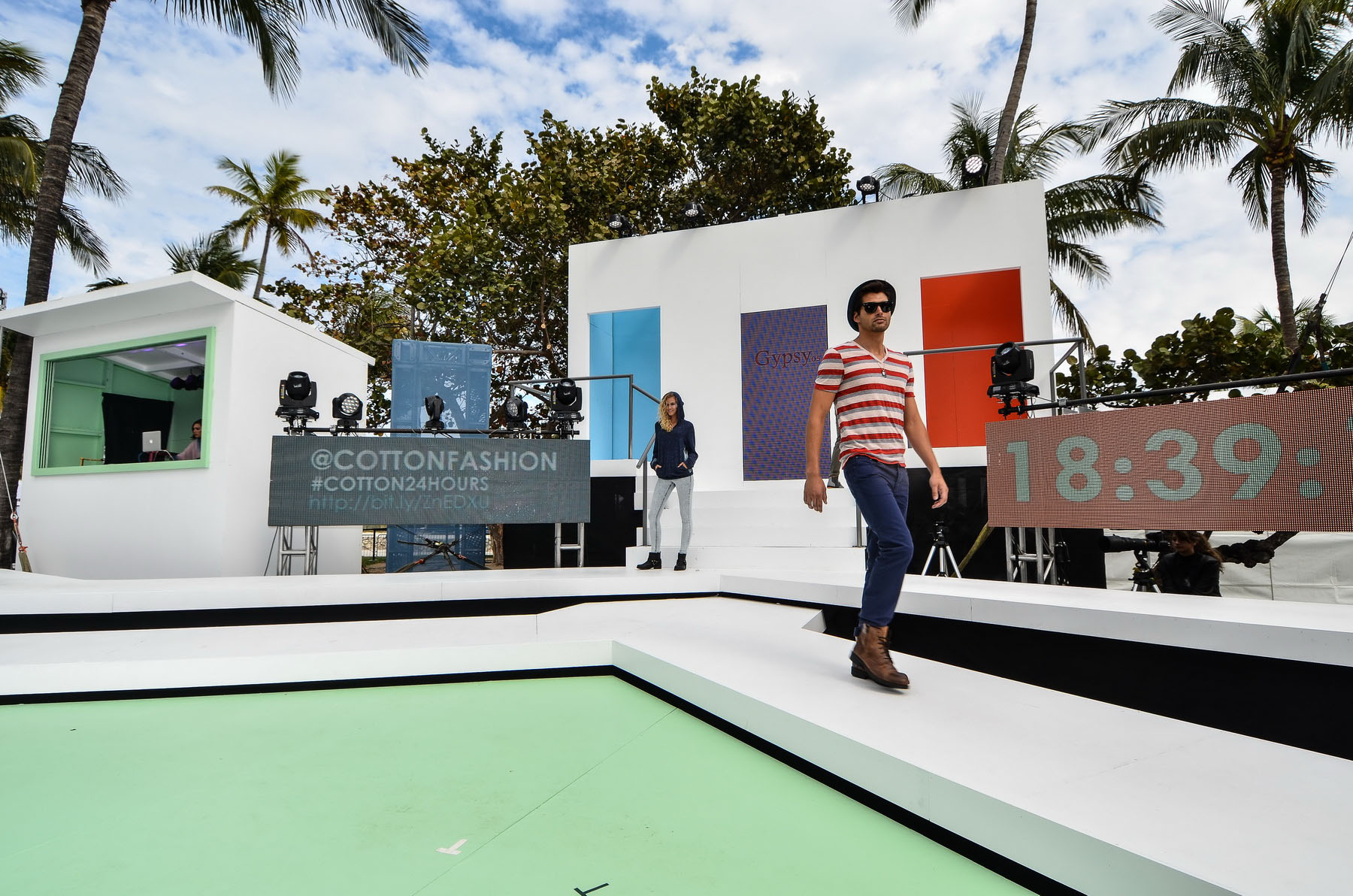 Cotton Struts Its Stuff on the Runway

Cotton Incorporated returned to Miami’s South Beach to highlight cotton as a versatile fashion option with the second iteration of its 24-Hour Runway Show. This year’s show, which featured a different outfit every minute from 8 p.m. March 1 to 8 p.m. March 2, involved more social media engagement than the previous one. A post-event Shop the Runway component, in which consumers could purchase the apparel showcased on the runway, also was new.

Seventy-four apparel partners were featured in the runway show, bringing to life the company’s “The Fabric of Our Lives” TV campaign. Editors from People StyleWatch, lead media partner, provided commentary for the show, which streamed live on people.com. Celebrity hosts Giuliana and Bill Rancic, actress Camilla Belle and others pumped up the crowd and djs provided entertainment.

The fun began months before the runway event with an eight-week “Road to the Runway” pre-promotion, which kicked off in November. During that time, people submitted photos of their favorite cotton outfits to people.com/cotton24hours for a chance to win a weekly prize of $1,440 (1,440 is the number of outfits in the fashion show). Six grand-prize winners each won $2,500 and a VIP trip to the runway show. Road to the Runway Style Search Squads visited 34 markets to uncover cotton street styles. In partnership with People StyleWatch, Cotton enlisted six regional fashion bloggers to rally consumers in their cities to show their cotton styles.

A panel of fashion influencers and judges from Cotton culled down the 4,000 entries to 48, four pairs from each of the six regions. Then, during a five-week period, consumers who voted for their favorites also were entered to win a $1,440 prize each week. Consumers who “liked” their favorite region’s cotton style Pinterest Board on Facebook at facebook.com/cotton could win a trip to South Beach for a shopping spree accompanied by a Cotton stylist.

“We proved that cotton really is the fabric of our lives, and that it really can take you through a 24-hour time period and any occasion,” Marissa Barlin, director-consumer marketing at Cotton Incorporated, told Buzz. “It shows that cotton is really relevant to you and me.” Agency: Jack Morton, New York City.