How to Stand Out on the Show Floor - Event Marketer 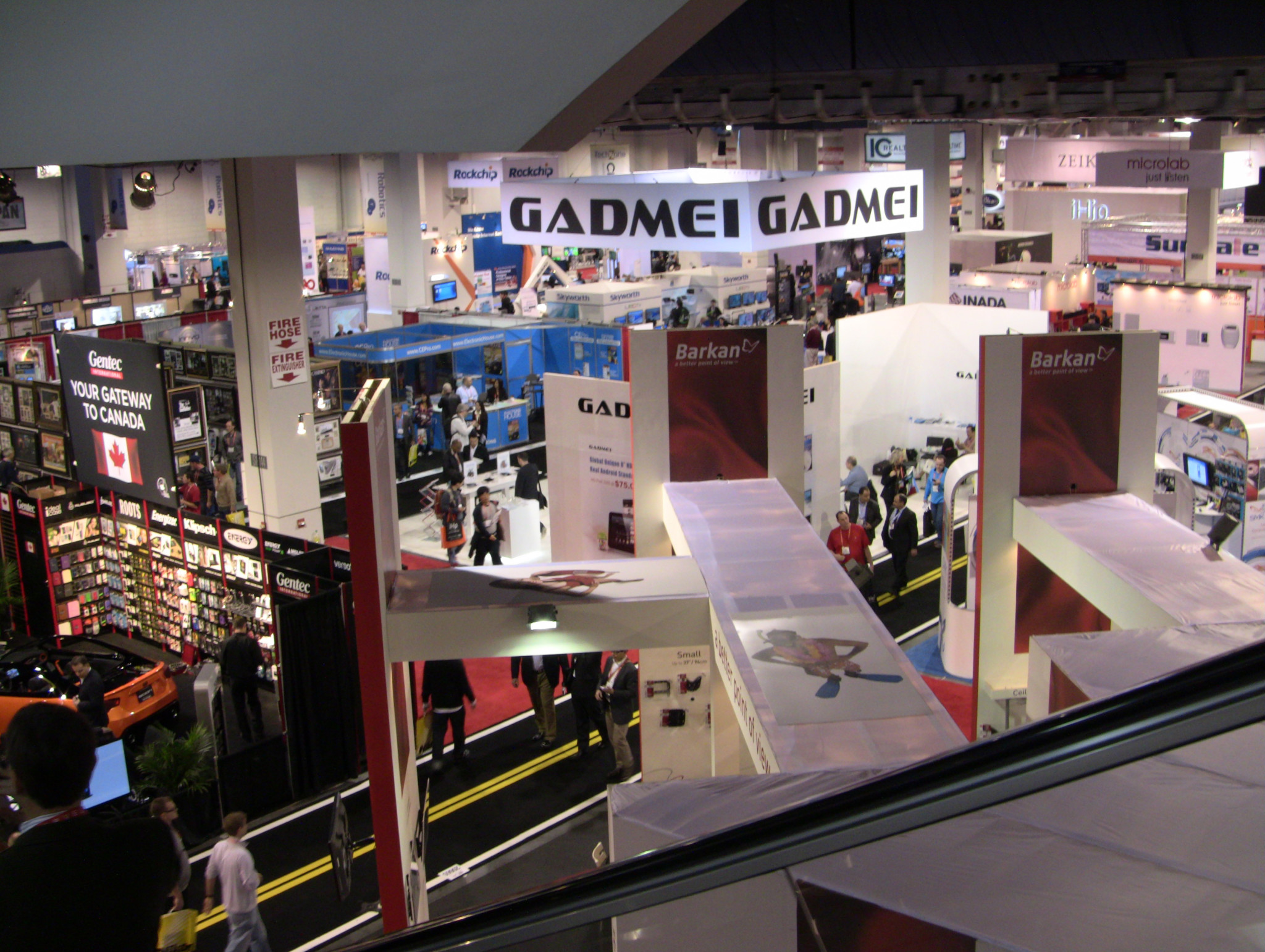 How to Stand Out on the Show Floor

It’s every exhibitor’s dilemma—how to stand out in the sea of booths on the trade show floor. And when they’re exhibiting at a major show like ConExpo-Con/Agg, where more than 2,000 suppliers to the construction industry strut their stuff at the Las Vegas Convention Center once every three years in March, the challenge is even greater. Super heavy crawler cranes, rugged excavators, multi-story exhibits and gigantic banners reach for the sky on the outdoor lots; inside the convention center, huge video monitors, simulators, hands-on experiences and smooth-talking presenters add to the hubbub.

What’s an exhibitor to do? This year, Leica Geosystems, a Swiss-based manufacturer of surveying and geographical measurement products used by construction crews, found the answer in the “Go Hunting with Ted Nugent” sweepstakes, a promotion that awarded a hunting package for two people in December at Nugent’s private birthday celebration at Y.O. Ranch in Mountain Home, Texas. To enter, people had to watch a product demo at Leica Geosystem’s booth. The winner, Travis Lienemann of MFT Construction in Council Bluffs, Iowa, was chosen in a random drawing in July. His prize: three days of hunting, meals, accommodations and a guide, for himself and a buddy, in addition to getting to spend personal time with the musician.

Leica Geosystems exhibited at three booths at ConExpo, two in the grand lobby of the North Hall (one at 20-feet by 20-feet and one at 20-feet by 30-feet) and another 20-foot by 50-foot booth in the Silver outdoor lot, but from a strategic standpoint, the company felt it needed something more. “It is really hard for companies with different budget levels to compete on equal footing with the big players in the market,” says Andre Ribeiro, director-marketing at Leica Geosystems. “The question then becomes what does everybody else do?”
Leica Geosystem’s sweepstakes went beyond the standard trade show prize wheel or cash grab booth. It was a well-conceived strategy as part of an integrated campaign that engaged attendees before, during and after the show and capitalized on a unique sponsorship opportunity to drive them to its exhibit. It worked for Leica Geosystems and it could work for you, too. Here’s how they did it:

1) Leverage the contest pre-show. Leica Geosystems introduced the contest in pre-show promotions via email and direct marketing to drive people to a specific microsite for the event itself. “Once you get to the show, it’s too late,” Ribeiro says. “We needed to reach people before they set foot on the show floor. The contest was a call to action to visit our booth.”

2) Select a relevant incentive. By talking with its customers and dealers, Leica Geosystems knew that its prize would resonate with the largely male, construction-oriented ConExpo attendees. “Ted Nugent is very popular and his name carries equity,” Ribeiro says. “The attendees couldn’t believe that he would really be there.”

3) Offer a high perceived value. Although he won’t say how much Leica Geosystems invested in the contest, Ribeiro says it wasn’t as expensive as people would think. In this case, he picked up the phone and called Nugent’s office after seeing him on TV the night before. “You don’t have to spend an unreasonable amount of money to make noise,” he says. “Be smart, be creative and go outside of traditional thinking to accomplish what you want without breaking the bank.”

4) Promote it at the show. Besides serving as the centerpiece of Leica Geosystem’s pre-show campaign, the contest was a highlight on-site at its three booths and at one of the convention center restaurants, where it was the exclusive sponsor. At the restaurant, which was located across the street in a different hall, signage and a display touted the contest. A hostess distributed Leica Geosystem-branded t-shirts. People who donned the t-shirts and wore them back to the Leica Geosystem booth on the show floor tripled their chances of winning the sweepstakes.

“This tactic became our second answer to the question of what we could do differently to drive people to our booth,” Ribeiro says. “The restaurant sponsorship gave us the ability to market ourselves without having to compete with anyone else. We had the exclusive and captive attention of thousands of people when they were relaxed. It served as the driver and the sweepstakes was the carrot for people to bite and walk the floor with Leica Geosystems on their backs.”

5) Keep your eye on the prize. For Leica Geosystems, the goal of the contest wasn’t to sell equipment, but to drive people to its exhibit. Once they were in the booth, the next job was to close the deal. Make sure your marketing goals are laser-focused on lead generating activities and let your sales team do the rest.

6) Follow up on leads. Leica Geosystems initiated a two-step lead cultivation process that began immediately after the contest got people to the booth. First, staffers engaged each attendee face-to-face, sharing the Leica Geosystems brand story and discussing product details. Next, it nurtured those leads in a series of initiatives after the show, splitting them up among regions and sales reps.

7) Map back your results. The Leica Geosystems’ contest captured thousands of entries, of which Ribeiro says a “majority” were viable business prospects. “You have to define success ahead of time,” he says. “Our objective served its purpose, which was to battle for the attention of attendees in the middle of companies that outspend us.” Sounds like a winner.