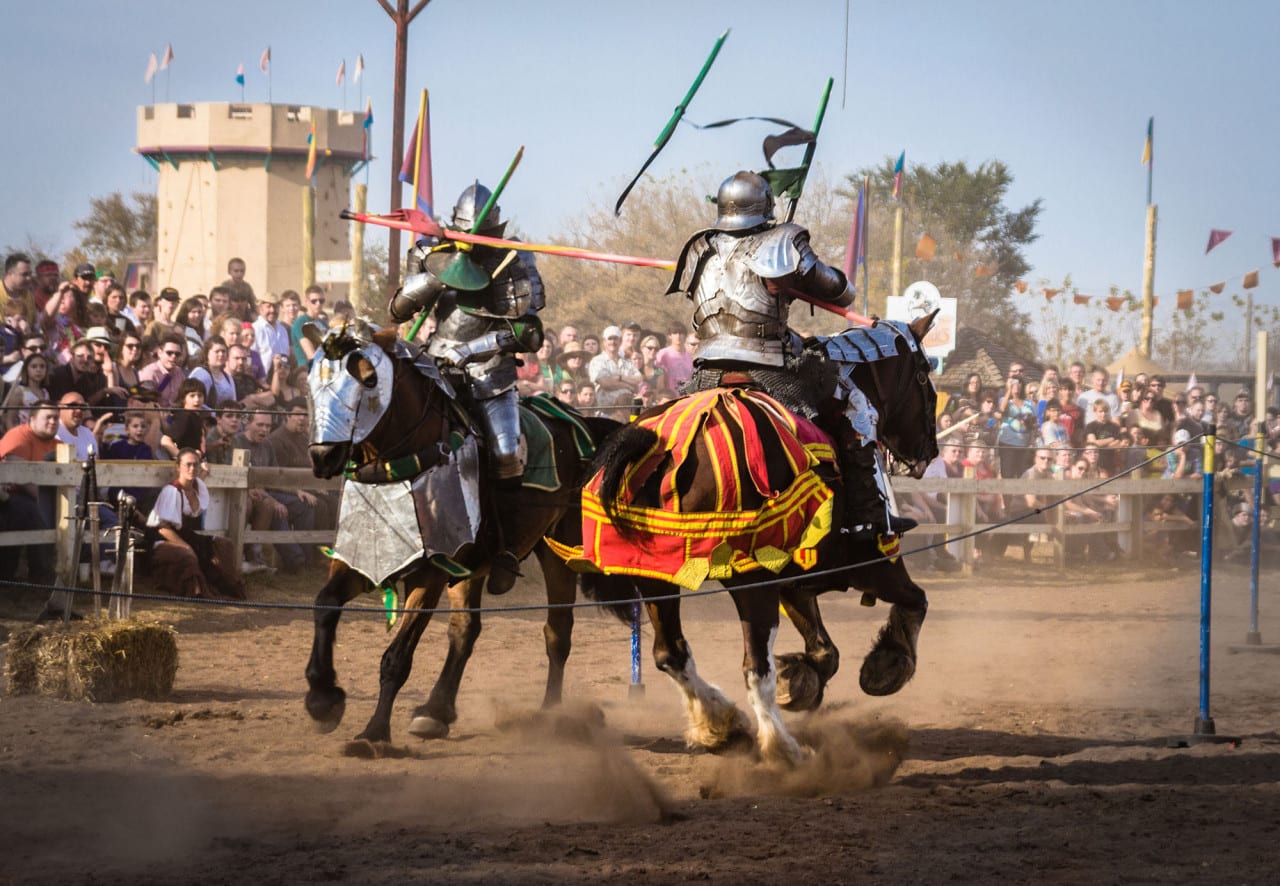 Connecting with the Burgeoning Fantasy Trend

Event Marketer went back in time this summer to dig into the world of Renaissance Faires. Why, you ask? Because the consumers who go to these faires (of which there are more than 56 that run for at least two weeks every year in the U.S., according to Wikipedia), are the kind of dedicated fans most brands covet. The attendees, or “rennies,” as they call themselves, are primarily middle-class lovers of history, fantasy, geekdom, crafting and technology. Much like the growing legions of fans following popular entertainment fantasy franchises like “Game of Thrones” and “The Hunger Games,” rennies have money to spend on their passions, and if you want to get a piece of the action, you’d be wise to take a closer look.

Here’s some background that’s pretty hard to ignore, drawn from attendance figures collected by Renaissance Magazine: More than seven million people visited renaissance faires in the U.S. during the 2013 season. And that figure excludes any faire on that publication’s list that didn’t report its figures that year. Most of that number is made up by the 50-odd largest faires, which attract about five million of the attendees. The rest are going to smaller, more local and more temporary events. Attendees pay between $10 and $45 to get in, with the most common price point being either $15 or $20 for a single day pass. Inside, patrons (as consumers are known in the faire world) expect to spend with food vendors for period-style eats (giant turkey leg, anyone?) and drop major dollars (think hundreds to thousands) for handmade items like combat-ready and costume swords, leather and steel armor pieces, corsets and boots.

Plus, the savvy ones keep plenty of cash on hand for tipping professional stage performers and “lane acts,” or wandering minstrels, fools and character acts. What does this all mean for big brands? To answer that let me walk you through two very different faires.

The New York Renaissance Faire is a medium-sized faire, although one of the largest in the Northeast, at about 150,000 patrons each season (which runs through August and September). It’s a hard-site faire, as are most of the larger faires. That means it owns the property it sits on, has permanent buildings for vendors (they pay to lease the site, but design, build and own the actual buildings themselves) and controls every aspect of its environment.

Walking into a faire like NYRF is stepping out of the mundane and into the fantastic for the patrons who visit—and not just the kids. Adults line up to try their hands at axe-throwing and archery, or to face off against the swordmaster in a (carefully supervised) battle ring. The kiddoes have a ball, too, of course and some of the performers’ pub sets are decidedly not family-friendly, but everyone is having a good time. Not everyone is garbed, or in costume, but the actors and “boothies” hawking their wares are trying to convince everyone to join in. It all feels like the ideal small city we created in our minds as kids when we imagined what medieval life must have been like, before those killjoy historians splattered disease, poverty and class inequality all over everything. Most importantly, it feels like an adventure. An (buzzword warning) immersive, authentic experience. Because of the work and experience of the performers and organizers, patrons willingly suspend their disbelief to get in on the fun. Which makes it the perfect moment for the vendors to offer them a way to go deeper. And that’s what the most successful ones do.

And what a smart brand can do, too. How can a non-endemic brand play in this space, you ask? Do what you already do so well— enhance the experience. A mobile device brand might show off its “magic mirrors” and allow patrons to make use of them to view far-away kingdoms. Or a sportswear brand might deck out a few knights in the latest in speedy sabatons (that’s foot armor), created by a mystic with the help of the goddess (Nike, perhaps?).

The secret is: they want the experience to be better, and you want them to like you. Because these geeks have money and they’ll spend it with you, if you can geek out with them. Take a peek into my visit to the NYRF here.

On the smaller end of the spectrum is my local faire, the Midsummer Fantasy Renaissance Faire, in Ansonia, CT. It brings in about 5,000 patrons during its three-weekend run and is a temporary faire, so it rents the grounds it lives on. That means it builds the entire site in the week before the faire and tears down in the week after, leaving no trace. Its cast of performers and workers are volunteers, for the most part, and it has very limited space for vending. Which is to the benefit of any brand that wants to step inside its world, for two reasons. The first is obvious: smaller pond, greater impact.

It can be hard to get above the noise at a faire the size of NYRF, not to mention the half-million-patron faires in Texas and the Midwest. Yes, you’ll be seen by more folks there, but here, you can be guaranteed the time of day. The second benefit of going local is less intuitive. The patrons who come to MFRF have been coming every year for years and they love it there. It is small enough to feel like a family environment and folks who only meet up at the faire every year consider themselves good friends. Because of that bond, good experiences at a small faire like MFRF resonate very loudly and carry a lot of weight. Vendors like a faire of this size because, even though attendance isn’t huge, costs are low and willingness to take part is high: an ideal match.

Again, a creative brand looking to get access in a hyper-local or targeted way would be well served to look at a small faire. Plus you will probably see me in a kilt. Which is a terror sight to behold.