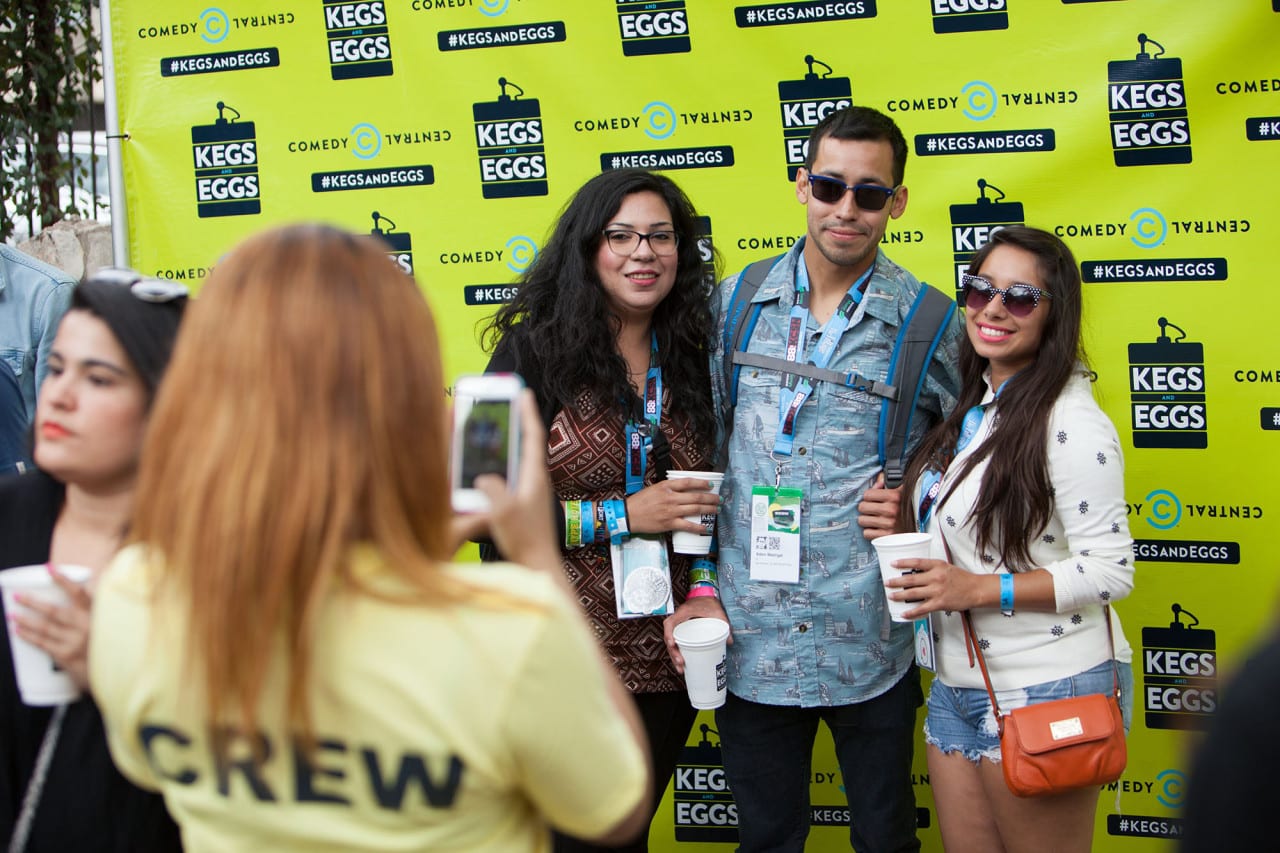 To drive viewership for its original TV shows, Comedy Central on March 14 hosted an afternoon “Kegs and Eggs” party during the music segment of the South by Southwest Film, Music and Interactive Festival in Austin, Texas. Held at 508 Tequila Bar in the heart of the festival action, attendees were free to enjoy a feast of breakfast egg tacos and beer—just the thing for those who may have imbibed a little too much at the festival the night before. 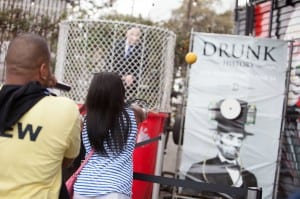 Joining them were a few special guests, including Abraham Lincoln, Theodore Roosevelt, Richard Nixon, Mark Twain and Elvis Presley. That’s right. In honor of “Drunk History,” a series where historical reenactments by A-list talent are presented by inebriated storytellers, attendees got the chance to dunk historical figures into a giant tank of beer. Other activities during the five-hour event included a GIF photo booth featuring the cast of the series “Workaholics.” For using the hashtag #broadcity, attendees could receive a nondescript brown paper bag containing items a millennial might need, from condoms to flasks, toilet paper to even laptops and Xboxes. A few lucky guests skipped the entrance line by tweeting the hashtag #KegsAndEggs as part of the network’s promotion of the new series “Review.”

Later that night, the network hosted the world premiere screening of the Comedy Central stand-up special “Hannibal Buress: Live from Chicago” at the Alamo Ritz, which was followed by a Q&A with Buress, director Marcus Raboy and executive producer Neal Marshall. The special will air on March 29 at midnight.

“At this point at South-by there are a lot of shows and music to see, and so we wanted to do something a little different,” says Jason Shafton, vp-brand marketing at Comedy Central. “Maybe your eardrums are fried, you partied too much the night before and you need to cut your hangover with a fresh beer, so you could come to our event, relax, hangout and enjoy it. We think there’s value in giving people something that’s useful to them.” Agency: AWESTRUCK Marketing Group, New York City.