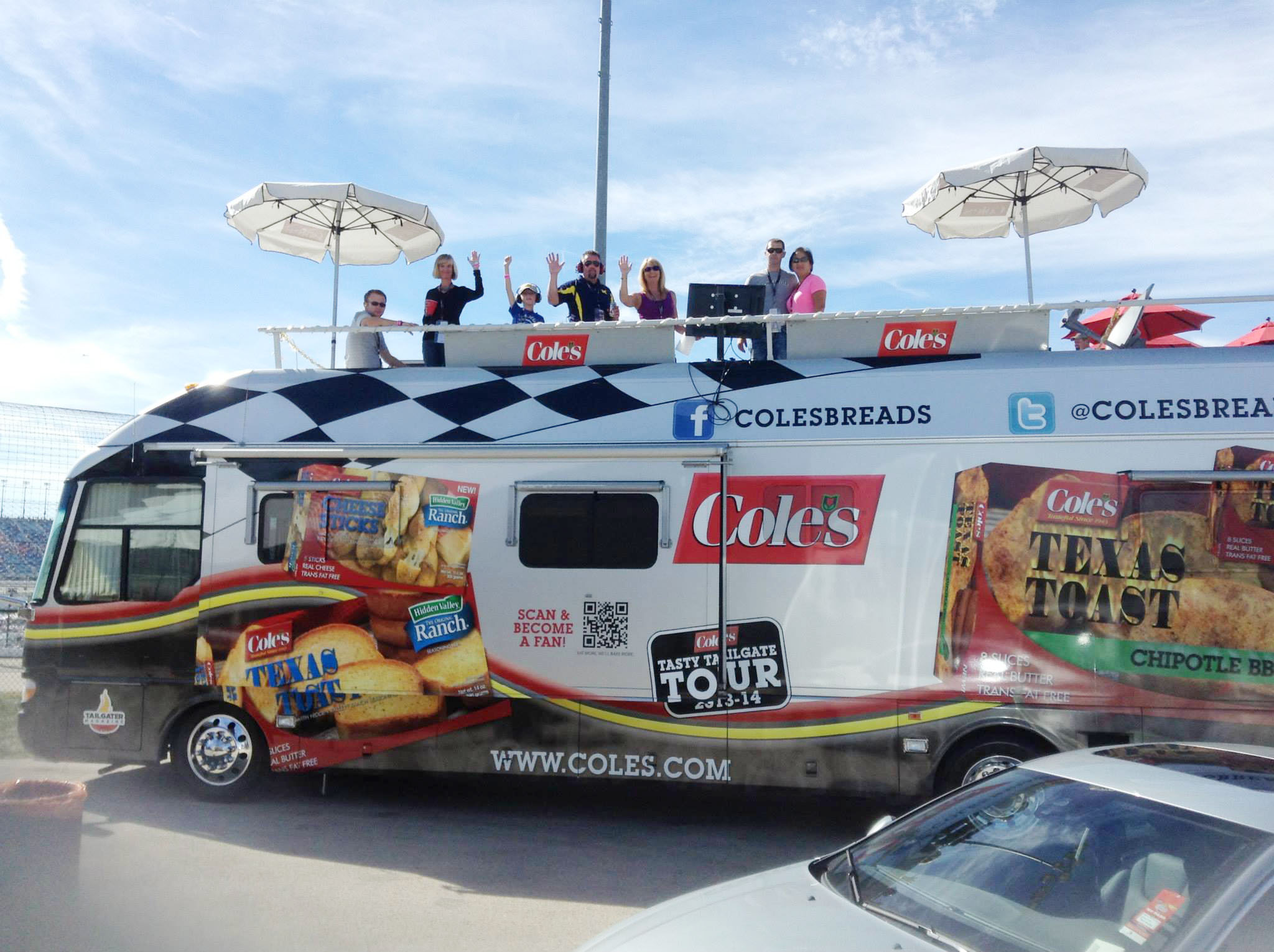 The longest running tailgating party in the U.S. is the Florida-Georgia game in Jacksonville, FL, which has been called “The World’s Largest Outdoor Cocktail Party” because fans start arriving Wednesday for the Sunday game, according to Nationwide Insurance. Indeed, tailgating is a sport in and of itself. (More on that in our October issue.)

This fall, frozen bread maker Cole’s Quality Foods launched its first-ever mobile tour and  jumped from retail sampling into the world of tailgating, activating at 21 NASCAR and NCAA games this season. Here, three reasons why the brand is finding that the action in the parking lot may be more powerful than the grocery store:

“If you look at in-store, we’ll do a demo and maybe get about 100 to 150 people sampling,” says Ian Barrie, creative director at Cole’s. “And I’m not writing off in-store sampling at all, because that’s how we built our business, but 14,000 samples in six hours? That’s a lot of people trying your product.”

Fan Participation. NASCAR fans have money, and time, to spend. (Did you know NASCAR campgrounds are the largest in the country?)

“These people are super fans… they’re pulling in with Prevosts [luxury RVs] and spending three days there,” Barrie says. “The football fans are awesome and you see them come in and try a sample and they have football on the mind, but at NASCAR events, they’ll literally sit down and hang out with you at the grill.”

Return Interactions. Consumers are eager to come back and discuss new product uses or snack ideas that they’ve come up with at their tailgate or race campsite.

“We’re coming away with different marketing ideas on how to present the product, that it’s not just a side-of-the-plate thing,” Barrie says. “We’ve done this with other products, we have a recipe sharing page on our website, but this is live and interactive. It’s pretty cool.”