Malts of Legend Immerses Consumers in the Story of Scotch 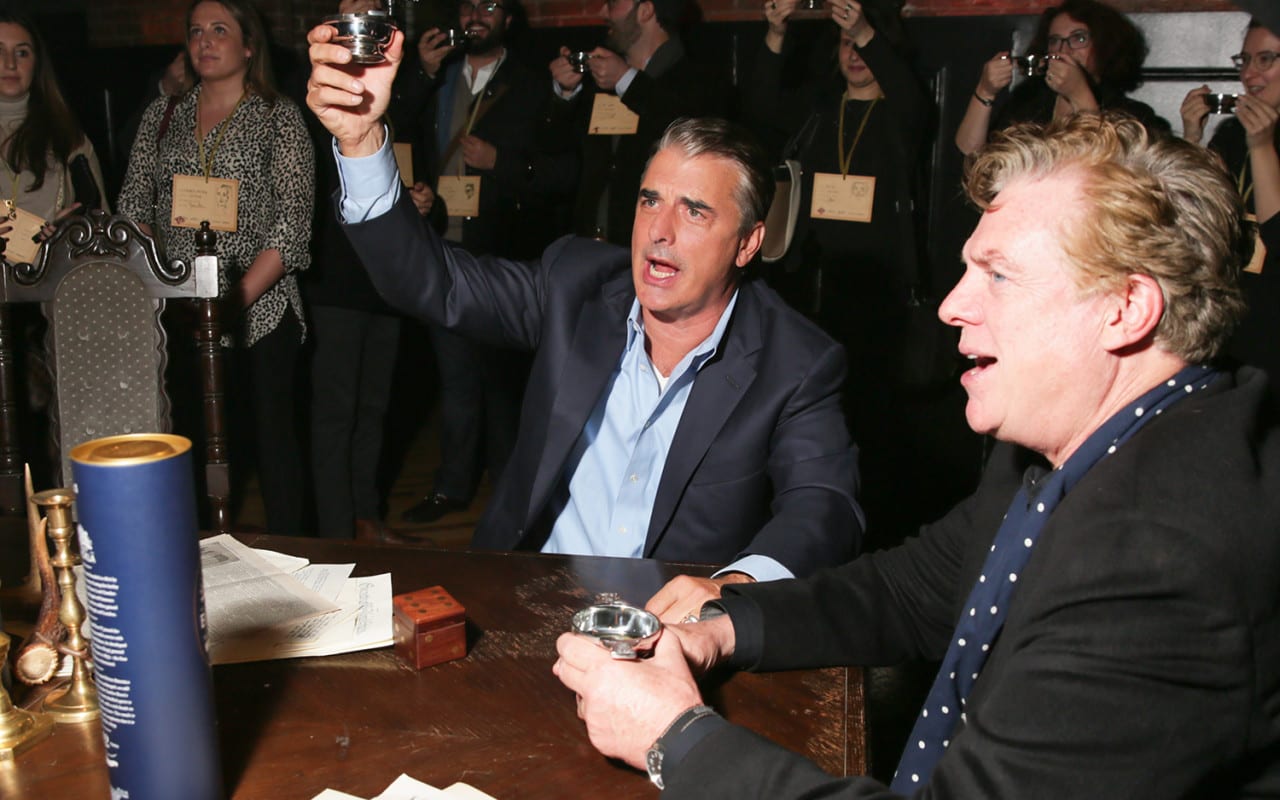 Bacardi Immerses Consumers in the Story of Scotch

Bacardi on Nov. 10 placed five of its single malt Scotches at center stage with an immersive theatrical experience that served as a history lesson on Scotland’s deep rooted whisky-making process. Taking over a deserted retail space on Canal Street in New York City, the brand turned more than 300 key customers, single malt enthusiasts and media members into “single malt apprentices” who took an educational journey through eight different theatrical sets in groups of 30 to 50 people.

As attendees entered the Malts of Legend event, they received their official single malt apprentice induction cards, which served as passports for their tour of the mock distilleries. The journey began with a surprise appearance by actor Chris Noth (“The Good Wife”) who broke the fourth wall by leading participants to the set of the Deveron single malt narrative, where he was then absorbed into the scene.

At the next stop, actor Chris McDonald (“Happy Gilmore”) joined Noth and the rest of the cast on stage to tell the story of the 16-year Royal Brackla spirit. McDonald winked at attendees, who slowly recognized that a second notable actor had joined their journey.

The apprentices then traveled to the old fashioned Craigellachie to meet the master distiller and learn about the distillery’s unique process. From there, they hurried through mysterious fog down Buckie Road to taste Aultmore at a local pub, where they were only rewarded with a taste of the single malt after they asked for ‘a nip of the Buckie Road,’ as the locals do. Attendees concluded their journey at Aberfeldy, where they learned about the water source at the heart of the malt.

At the end of the show, attendees enjoyed the Finale Bar, where they sampled whisky flights to revisit their favorite spirits from the journey. A handful of lucky participants were also escorted to a secret area that held the more deluxe brands and limited quantities of the malts.

“When you have really rich stories to tell, bringing them to life in a 360-degree, multisensorial, immersive way, really gets people to remember the stories and to repeat them,” says Bryce Goodwin, senior brand manager of Bacardi’s whisky portfolio. “We wanted to be creative, innovative and introduce the malts in a way that, when people leave, they actually remember the event that they went to.” Agency: Wonderland, New York City.