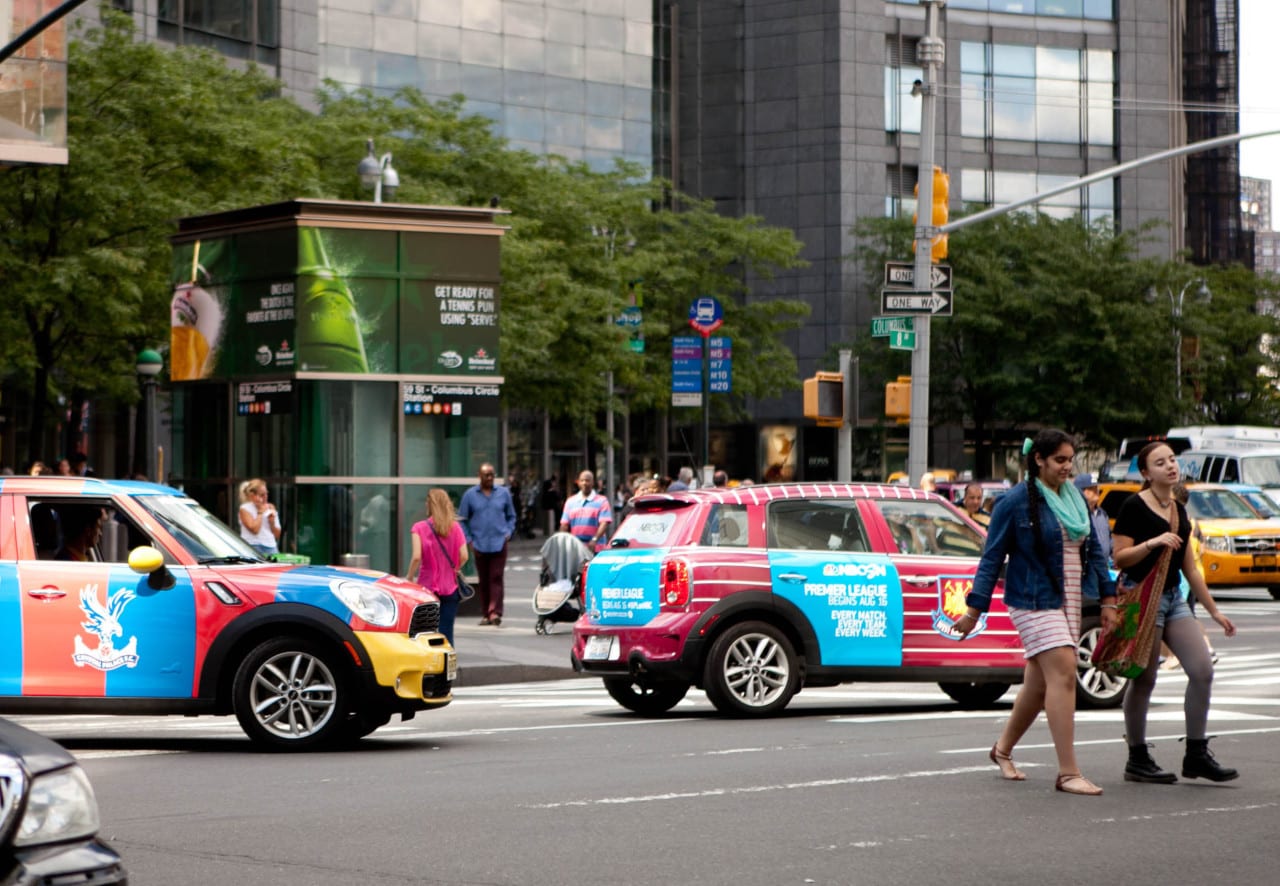 Ah, Uber. The Silicon Valley-born startup offering a GPS technology, app-driven taxi service has been all over the map this year, and popping up as a key add-on to many event programs and strategies.

Take NBC Sports, which in August partnered with Uber on a program to promote the season opener for Barclays Premier League—building off World Cup momentum. Some 20 Barclays Premier Club-branded MINI Countrymans hit the streets of New York City, offering free rides promoted with a splash page within the Uber app. iPads in the vehicles were loaded with a trivia game for riders to play, based on “speaking the language of football” (Culture Shop, New York City, handled).

“Certainly our target demographic uses Uber quite regularly, so there were some metrics behind our decision to partner, but there’s also just a lot of Buzz surrounding them and our goal was to generate buzz, so the partnership made a lot of sense in order to reach a broader audience,” says Bill Bergofin, svp-marketing at NBC Sports.

During Comic-Con New York City in October, Chevrolet, Uber and ReedPOP (which handles the convention) all partnered to offer free rides to attendees throughout the week. The program featured nine Uber cars of various Chevrolet models, each skinned in comic book, video game and literary character themes.

And this is just scratching the surface of the ride service space, as Lyft has been bolstering its marketing efforts this year and Sidecar, a new ride-sharing app, has emerged on the scene. We’ll be hot on the tail of these new players as they come into the event space.

Until then, we offer a roundup of Uber programs we’ve covered:

PREVIEW: Be sure to check out our tips for partnering with Uber in the November/December issue of Event Marketer