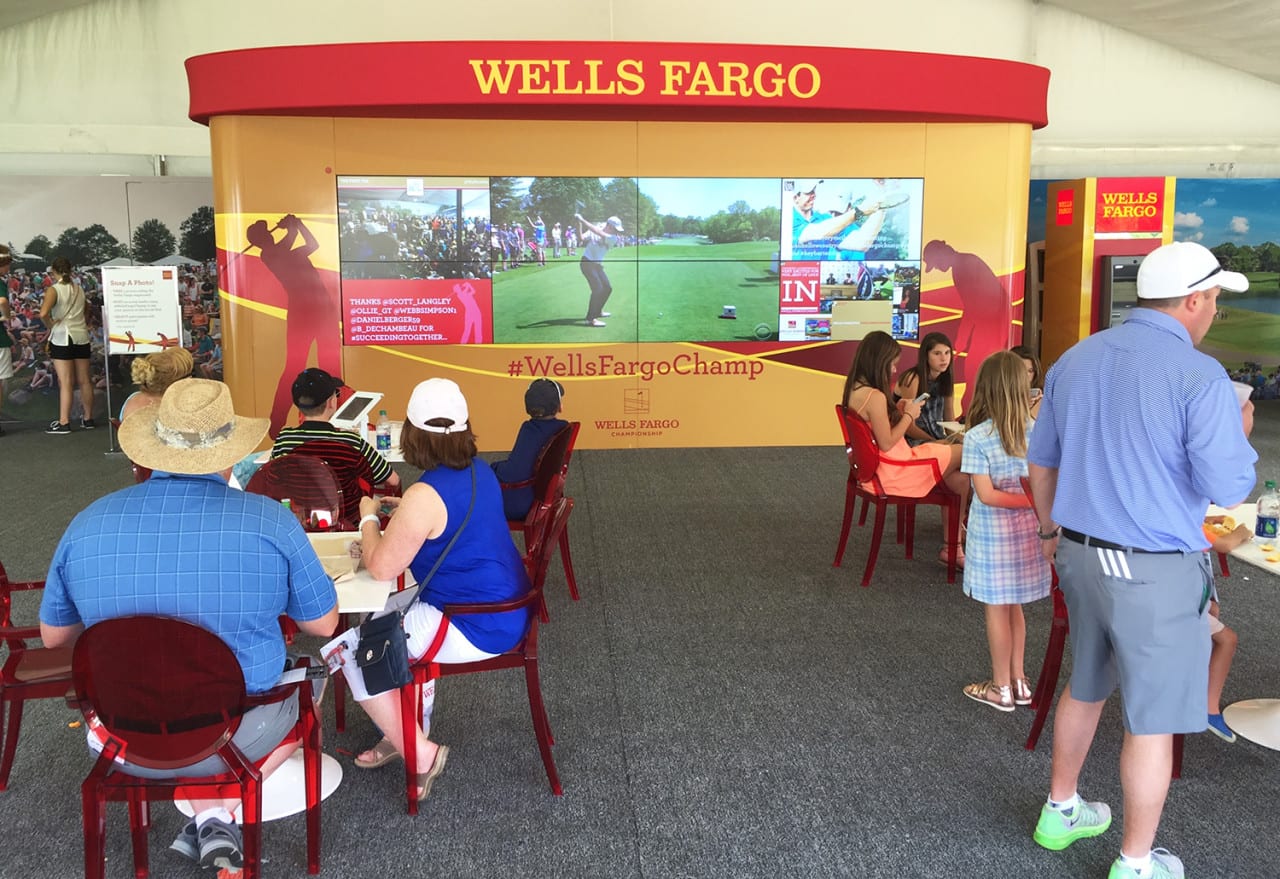 The social media hub at the Wells Fargo Championship, a professional golf tournament on the PGA Tour held in early May in Charlotte, NC, this year generated 40,000 social engagements by fans and 310 million impressions throughout the week. It has been hailed by golf’s powers that be as a best practice for amplifying the social impact of a tournament by leveraging all major social platforms, including Instagram, Facebook, Twitter, Snapchat and LinkedIn, ultimately generating brand and name exposure for the bank.

“The explosion of content and engagements that we are seeing from fans is pretty crazy, but good,” says Nick Carey, vp-sponsorships at Wells Fargo. “We feel like we’ve built a really neat model that is working.”

Housed in a welcoming, casual environment that was open to the public, the hub offered lounge areas with tvs, snacks and giveaways, along with an ATM, phone chargers and a wall of screens that display user-generated social posts. This year, the hub even included a branded area for Wells Trade, the bank’s online brokerage platform. Those who took a demo and engaged with one of the brokers on-site were invited to an evening cocktail hour headlined by the Golf Channel’s Gary Williams, as an exclusive perk.

The Championship activated a social hub last year, but a year of learning and building out the practice led to this year’s results. “We’ve tapped into something here, there are a lot of story lines that happen during a tournament week, and by having this social hub here on-site we are enabling and amplifying the impact of all of the conversation,” Carey says. (Check back next week for a deeper dive into the hub and why it works.) Agencies: Team Epic, Norwalk, CT; Postano, Portland, OR (social aggregation).