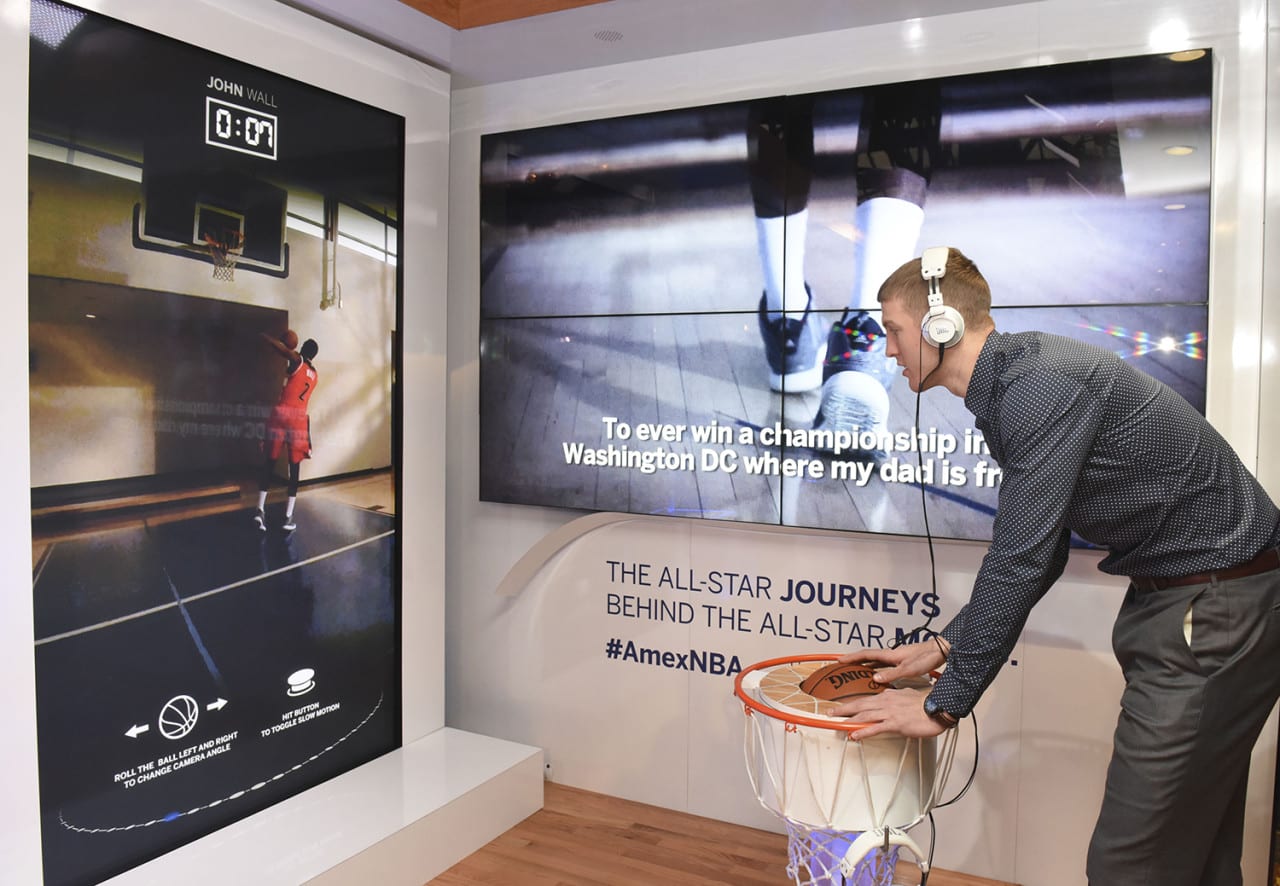 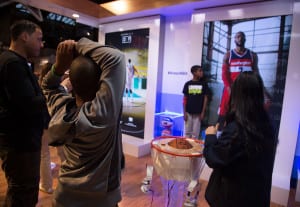 Fans at NBA House in New York City over NBA All-Star Weekend got to experience American Express PIVOT, an interactive digital video experience that highlighted key players’ signature moves and their personal stories on the road to success. PIVOT is the latest example of the financial giant’s strategy of incorporating digital technology into music, golf and tennis events in order to deepen fan engagement.

“We felt there was a great opportunity to tell the stories of this wonderful athletic talent and show the moves that set them apart,” says Deborah Curtis, vp-global partnerships and experiential marketing at American Express. “Our focus also was to put some level of control in the hands of the fans, so they could experience it in their own way versus just a one-way type of experience.”

The installation featured 103-inch screens that offered a closer look at the passes, dunks and drives of four NBA stars—John Wall, Anthony Davis, LaMarcus Aldrige and Mason Plumlee—via state-of-the art, wraparound camera technology that enabled users to pivot around the player, who appeared life-size, and view his moves from various perspectives. A narrative film related each player’s personal journey toward success. PIVOT also is accessible via desktop, tablet and mobile at amexallstar.com and in Brooklyn at the Barclays Center through spring.

PIVOT was one of a number of activations taking place during NBA All-Star Weekend, including the launch of The Centurion Suite at Barclays Center in Brooklyn, which offers American Express Platinum Card and Centurion Members an enhanced viewing experience for sports and entertainment events. It also hosted two concerts at New York City’s Hammerstein Ballroom.