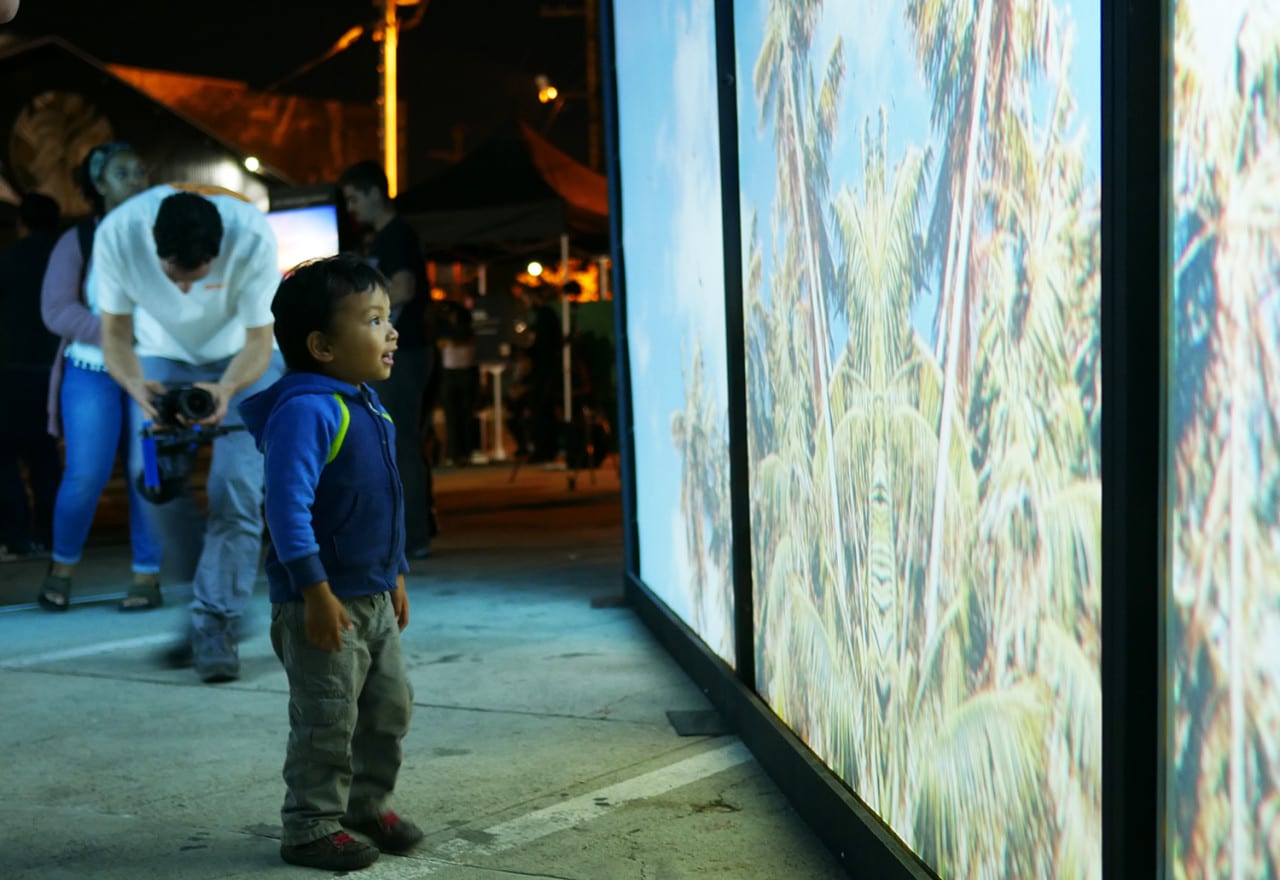 Adobe juxtaposed the beauty of some of the world’s most fragile landscapes with the booming urban climate of Los Angeles’ Arts District through an immersive art installation unveiled just in time for Earth Day (April 22). The event, set inside a tunnel filled with projection mapped images and ambient sounds, featured the work of six college students who captured the sights and sounds of conservation spaces in Chile, Kenya and Australia using the tools available in Adobe’s Creative Cloud.

In an effort to interest students in its products while tapping their desire to make an impact on the world, Adobe launched its “Passport to Creativity” campaign in late January with a call for entries on both Instagram and its talent search platform, Behance. The brand sought three pairs of student teams with strong social media followings who would be willing to immerse themselves in the wilderness. Each team had to include one student working towards a career as a creative professional and one who was less creatively inclined but talented in his or her own right.

After narrowing the applicants down to six students, Adobe sent them on their way to capture protected landscapes around the globe. Two U.S.-based students traveled to Patagonia, while the Asia Pacific-based students traveled to Kenya and the European students headed to Lord Howe Island in Australia. Each student team was also equipped with local guides and researchers (also with strong social followings) who assisted in gaining access to restricted areas and traversing the wild environment.

“We need students to engage with our products and see what Adobe is about because students are new to our brand. Creative professionals already know us,” says AnnMarie Baba, senior manager-marketing campaigns at Adobe. “We wanted to show what’s possible when people come together and protect these amazing locations that are at risk.”

Following the expeditions, students pared down their content for the immersive art installation in L.A., where three 24-foot long tunnels showcased their work via 4K projection mapping accompanied by ambient sound. After the immersive tunnel experience, attendees could interact with a video kiosk that told each student’s story while touting the role that Adobe’s creative tools played in the project. In addition, a green screen photo op allowed visitors to place themselves in one of the protected environments they had just explored, then share the image on social media. Agencies: BeCore, Los Angeles; MRY, New York City. 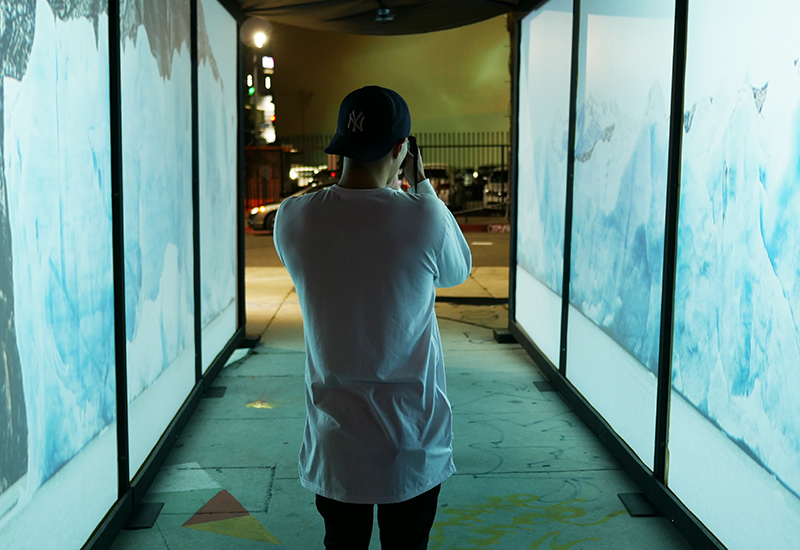