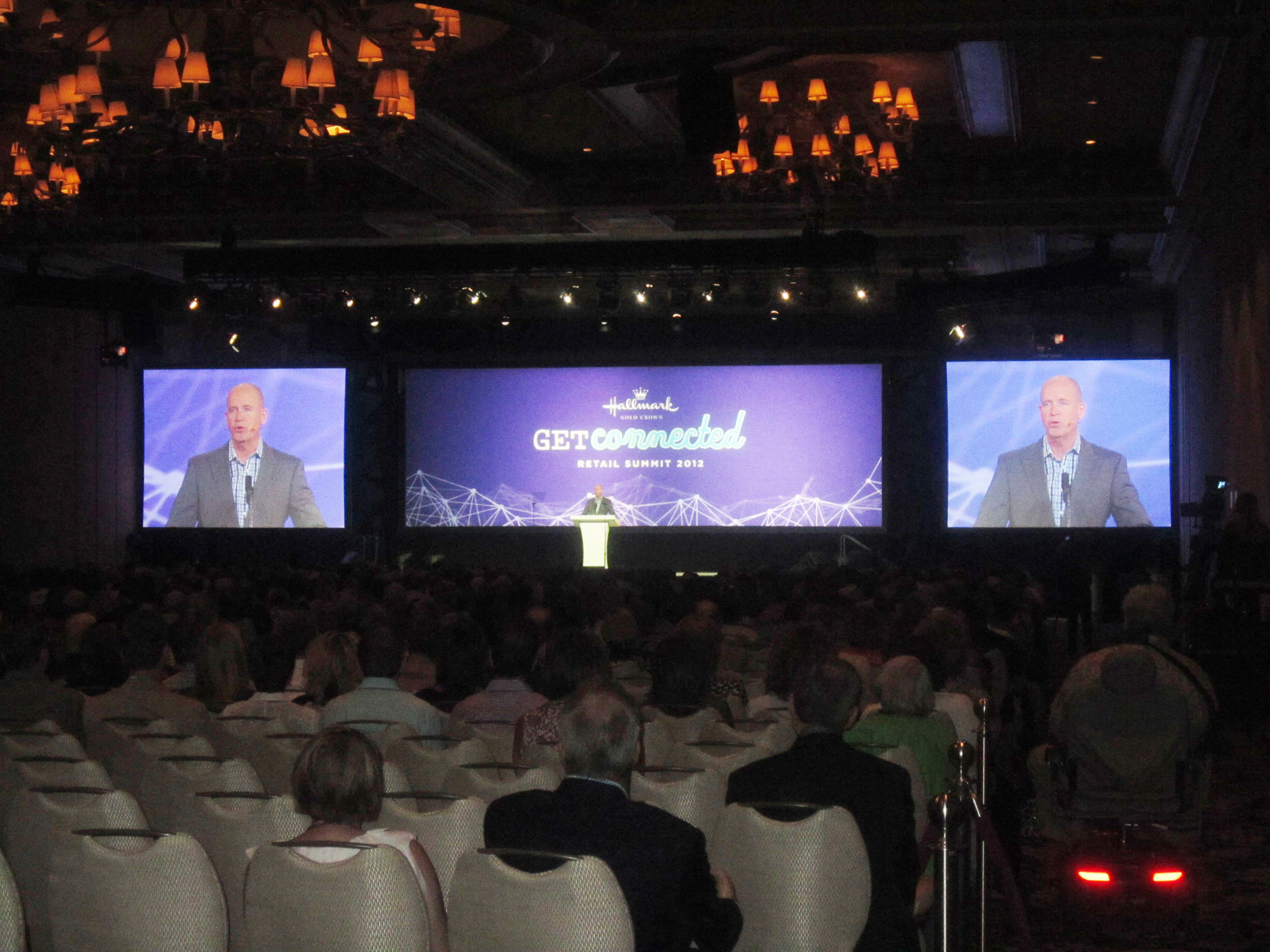 Hallmark Pulls off a Paperless Conference

The 102-year-old Hallmark brand is a $4.1 billion business reminder that our e-society still values a meaningful message delivered in a physical form, be it a greeting card, plush toy or figurine. But like most (if not all) 21st century companies, Hallmark is busy forging a new path into the future, leveraging digital strategies to enhance the experiences consumers have with its products.

To get its independent storeowners on the same page and thinking outside the envelope, so to speak, the brand decided its June 2012 Gold Crown Retail Summit in Las Vegas would be paperless. The conference, which every two years offers retailers updates on the company, products, vendors and networking opportunities via workshops and leadership keynotes, was run entirely from a mobile app with the theme “Get Connected” (App Developer: QuickMobile, Vancouver).

“This year we kind of had a challenge: What can we do to be paperless? Can we deliver an entire conference without our traditional binders and papers that go home with the attendees?” says Pat Jones, senior retail thinker at Hallmark. “That was the starting point, but it quickly became more of the question of how we can immerse the attendees in new technology that will help increase their comfort level, inspire them and show them what they can do outside of this one event.”

Hallmark estimates that more than half of the 600 attendees had never used an Apple iPad before the summit, making the jump to digital a bold, if not a little risky, move (more on that in a second.) Here’s how the brand pulled it all off seamlessly. 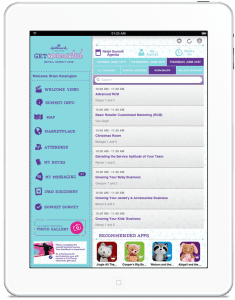 Will all attendees arrive with a smartphone or tablet device? Will they actually download the app? Hallmark avoided dealing with these questions altogether by gifting pre-loaded iPads to each attendee. That’s right… they gave a free iPad to every single attendee. The idea was two-fold: it guaranteed implementation and use of the app by attendees and it served as a teaching tool in addition to simply being an awesome freebie for their stores.

The app provided access to exhibitor and session PDFs as well as maps and surveys. It incorporated two-way scheduling that tied into Hallmark’s registration system, allowing the brand to track attendance at sessions and create a personalized schedule for each attendee. Attendees could message each other and share contact information. The brand could also make changes on the fly, such as adding chairs if too many people were checking into one session or asking a speaker to elaborate on a topic in their next session, according to instant attendee feedback.“I think having everything at your fingertips is a great way to keep everyone engaged,” Jones says. “If there was a last minute change with anything you could push a message and let the attendees know. It just made the event easy to navigate.”

Rather than provide a surely stimulating tutorial on using the iPad and the app, the developers incorporated gamification—a fancy term for using a game to drive behavior, in this case, encouraging the users to explore the app and device. Attendees were awarded points toward prizes for completing tasks such as messaging other attendees, uploading photos, checking into sessions via QR-coded checkpoints and downloading Hallmark apps.

“It was all about providing a fun way for the retailers to go beyond the app itself, to get comfortable taking and uploading pictures and, obviously, it was going to be a great tool for them to use to keep up with their own social media sites that they use to drive business to their stores,” Jones says.

In the end, Hallmark wanted this app-centered event to support key sales initiatives, such as the promotion of the Interactive Story Buddies apps that correspond with a line of book products. In addition, one month prior to the conference, Hallmark launched Go Cards, a free app for the iPhone that allows users to personalize and send a paper greeting card. By mastering the summit app, the retailers would be able to better showcase these offerings to customers.

“These apps help extend the benefit for the consumer, so we wanted to support that because sometimes it’s hard to describe all of that magic to the customer,” Jones says. “If you have the app and the customer can actually see what it does, it helps connect the dots.”

The app program dashboard tracked attendee clicks throughout the platform and, perhaps not surprisingly, recorded a 100 percent adoption rate. After the summit the brand kept “the drum beat going” by pushing tips and tricks to the storeowners now armed with the device and delivering iBooks for them to use in training staff on the sales floor. Just another way to leverage technology to run an efficient business and at the same time immerse one’s entire franchise team in the forward-thinking brand message highlighted at the event.